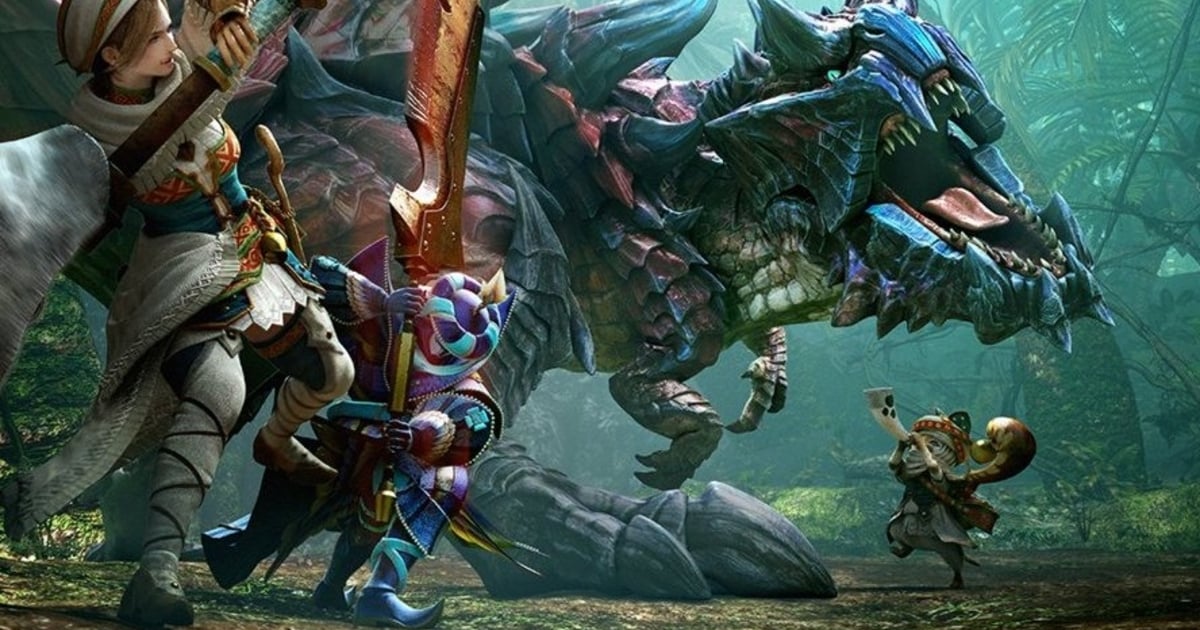 When Monster Hunter Generations was first announced that it was coming to the U.S., it looked like it was taking huge leaps to innovate and change the formula while staying focused and giving long-time fans what they love: humongous, threatening monsters to fight. And now that it’s out (and I’ve been playing it for more than forty hours), I can say that Monster Hunter Generations keeps it’s promises. 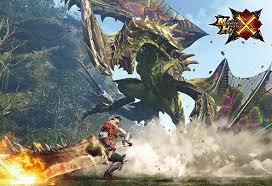 Most established franchises will not only have a set formula for the game’s mechanics and gameplay but also for what new things to add. Every Mario title gets a set of new power-ups, every Zelda a new set of items, every Kirby new abilities to use – and Monster Hunter is no exception. Each game adds a few new weapons, some fresh areas, and a boatload of new monsters to fight. Generations, on the other hand, isn’t concerned with new weapons (although it has returning areas), and adds fewer new monsters to the mix but surprisingly, that isn’t necessarily a bad thing since it gave the developers more time to focus on what matters: keeping the series as a whole fresh by switching up its formula instead of continuing its trends.

They manage this by adding three new mechanics: hunting styles, hunter arts, and the ability to play as your palicos – the feline companions returning from most previous entries of the series. Known as Prowlers, these playable cats are faster, more agile, and much weaker than your average playable hunter. They can’t use items, which doesn’t matter as they have numerous healing abilities. They have no stamina bar, meaning that they can run, dodge, and guard endlessly, adding a lot of fast movements to hunts that can sometimes run a little slow. Using a Prowler to hunt monsters that pose an actual threat isn’t recommended, since they’re not as strong as the human hunters and can take fewer hits, though they can be revived twice before fainting and can faint twice before failing a quest (which cleverly results in nine total lives). A gang of four Prowlers

The biggest draw of Prowlers is their ability to make the most inconvenient parts of the game a little less so. They have endless stamina, so running from area to area is a comparative breeze. There are no items for them to use, meaning less strategic thought goes into the mission at hand. And, my favorite perk by far, Prowlers are much better at gathering supplies than the average hunter. When playing as a human, all the tools used — pick axe, bug net, fishing pole — are completely limited, but a Prowler has an infinite amount at their disposal. They also do the actual gathering at a much quicker pace. Gathering was my least favorite activity in Monster Hunter 4, but it was an absolute necessity if one wanted to build a particular armor set or weapon.

Playing as the palicos is pretty enjoyable, but the stars of the show are still the human hunters. They control practically the same as usual, though the arts and styles added to the mix make them feel completely new. The hunter arts are special abilities that can be activated after filling a meter on the bottom screen, which can be done by attacking monsters or taking damage. These abilities can vary from stat boosts to healing, to a super attack that, and more often than not, is really difficult to land. All of these can be useful in their own way, but they can become outright devastating when combined. For example, my favorite weapon — the charging blade — comes with an ability named “Limit Breaker” that allows it to extend the number of charges it can store from five to seven. It also has an ability called “Energy Sword,” allowing it to turn into a lightsaber of sorts whose length and strength is based on the number of charges you have saved. If one uses “Limit Breaker,” it charges all seven philes, then whips out the “Energy Sword,” and does some serious damage to whatever lies in their path. 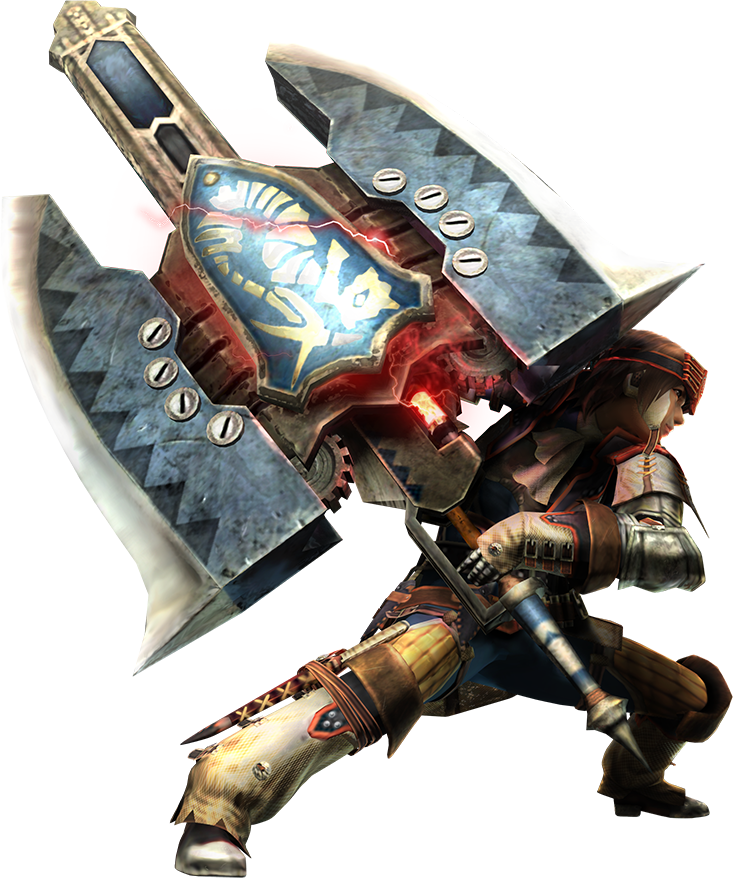 Experimenting with the hunter arts is extremely rewarding while remaining simple. They add another layer of strategy without getting too complex or in the way. In fact, ignoring them is a completely viable option. And that’s what makes Generations stick out. Its ability to throw in insane revelations to the series’ formula while giving hardcore fans the option to play how they always have is commendable, and the new hunting styles continue this trend. These styles mix it up by adding all new controls, moves, and abilities. There are four completely different ones to choose from: Guild, Striker, Adept, and Aerial. They all have their different perks and nerfs, but none of them are really worse than any other. It all comes down to the player’s method of play and how they prefer to go on their hunts.

All of the styles are fun to use for their own reasons, but Guild style is probably the least remarkable since the moves it allows are exactly the same as the previous games. The three other styles limit the attacks that the player can perform to varying degrees, while Guild gives them the full package. It’s perfect for those looking for the classic Monster Hunter experience, but those wanting to branch out might look into the other styles. And players looking for a simple experience would feel right at home using the Striker style. It severely limits the hunter’s abilities without necessarily nerfing them. To replace the forgotten moves, Striker is the only style that lets players equip three different hunter arts. The arts meter also charges much faster, encouraging players to combine arts and make up for those lost moves.

A hunter art in action

To a lesser degree, Adept and Aerial also limit the moves available. Though, they do so while adding a new and interesting layer of complexity. While using Adept style, the player’s dodging and guarding become much handier. They go from being necessary hindrances to being two of the most fun moves to pull off. When the player guards against an attack at just the right moment they’re given a split second to unleash a devastating counter attack, which can then be combined into more attacks. Same goes with dodging. After dodging at the last second, the player automatically sprints in their desired direction, which is followed by their desired attack. It feels really cool to expertly read and guard or dodge a monster’s attack and be rewarded with an awesome attack of your own. Because of its demand for skill, Adept is definitely the hardest style to learn. But, once mastered, its efficiency is unparalleled.

By far my favorite style, Aerial is insanely fun to use. It allows the player to vault off the monster and other objects and come swinging down with a powerful attack. In Monster Hunter 4, mounting was my favorite mechanics, but the only way to achieve a mount was by performing an aerial attack and knocking the monster over, which is frustrating to do as players could only jump off of ledges. This made mounting particularly rare, but Aerial style has fixed the issue. The ability to leap at pretty much any time adds a lot to the hunts, though it’s more than just spamming the aerial attack until you win. After the monster has been mounted, it topples over and is completely defenseless, so players are encouraged to swing, beat, and shoot away. Usually, the hunter’s ground attacks are more effective and varied than those in the air, so this is the perfect opportunity to do some real damage. This style is a perfect example of the many ways to play Monster Hunter Generations. You can go from battling monsters hand on hand in Guild style, to precisely dodging their attacks and striking them with a counter-attack in Adept, to flying swiftly through the air, and bringing your weapon down on them on the return trip in Aerial style. It’s this variety that helps the game stand out from the rest of the series and keeps the franchise as a whole chugging along. I recommend picking up a copy and playing through the deep single player campaign. You could even grab a friend and bust through the lengthy multiplayer mode, which has some exclusive monsters. Either way, you’re guaranteed to have a great time.