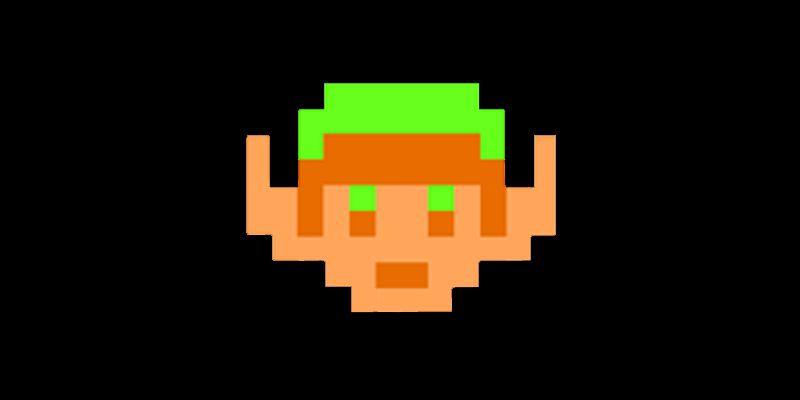 The Legend of Zelda series is one of the longest-running in video games, but its main character doesn’t quite have the same lasting power. Not beyond the name, at least. While a few versions of Link have appeared in true sequels, for the most part every iteration of the sleepy-headed hero has been a different person, sometimes existing in different parallel universes within Nintendo’s convoluted yet mostly sense-making official timeline. While I’m sure some profoundly deep philosophical hypotheses could be formed when pondering these various incarnations and their futile, endless fight against the evil pig-man that ceaselessly torments them, Link’s character is not the only thing Nintendo tends to change about the elfin avatar from game to game.

One of the most unique aspects of the Zelda series is how its beloved protagonist has undergone more visual redesigns than possibly any other beloved protagonist ever. Yes, Mario doesn’t look the same now as he did in those 8-bit days, but Super Mario 2 set a basic aesthetic path that the plumber has never strayed too far from. Link, on the other hand, could’ve developed an identity crisis from the amount of changes he has gone through over the years. While a certain number of the same identifiers are usually there (green tunic, pointy ears, blank stare, etc.), Link has been Nintendo’s artistic experiment, depicted as cartoonish and gloomy, polygonal and pixelated, adult and child, and everything in between. Here are the many faces of Link we’ve seen over the series so far:

The formative era of Link brought some natural trial and error, but the basic idea of green clothes with brown sleeves at least maintained a common thread through all the other deviations, and helped make the little guy somewhat recognizable from one adventure to the next. Still, the variations are quite significant, starting with Link’s age. Child, near-adult, back to child again, these changes not only were confusing for branding purposes, but also started the idea of a timeline that can jump back and forth to absolutely anywhere, and star a Link of any age. While we have yet to get Old Man Link as playable (though a senior version of the guy on the right may have made an appearance in A Link Between Worlds), the possibilities are endless now.

Other differences over these versions include some superficialities like the loss of the original’s green eyebrows, added detail to Adventure of Link‘s boots, more fashionable belt buckles, a perspective change that hides the cross on Link’s shield, and of course A Link to the Past‘s pink hair. Yep, Link once had pink hair. Not sure who thought it would be a good idea for Hyrule’s Hero to have a punk rock do, but it happened. The early 90s were weird.

The Transition to 3D

With the improved hardware of the N64, sprite-based graphics became passé, and so a more well-angled version of Link was needed. Since seeing the Hero of Time in three dimensions was enough of a shock for most players, Nintendo wisely scaled back any other major changes they may have been itching to make, but still some differences exist. Link would for the first time sport the blond locks that have stuck out from beneath that green cap ever since, though with an awkward part down the middle that he wouldn’t be caught dead in now. The brown sleeves were also jettisoned in favor of bare arms for young Link, and white sleeves for his older counterpart. This allowed for adult Link to wear those sweet gauntlets (or mitts), which stand out thanks to the color contrast.

Ocarina of Time also marks the first appearance of the Hylian shield, which itself has undergone design changes from title to title, and Link’s blue eyes, which have mostly been a staple since. The 3DS version updated the character some more, adding the shoulder strap for his sheath, which was first introduced in Majora’s Mask for the N64. For the most part though, bringing Link to 3D proved momentous enough; the biggest changes would have to wait a few more years.

Okay, here we go. With everyone used to the idea of seeing their favorite video game characters in 3D, the next few console generations were Zelda designers’ playground, and they did not hold back. One of the major pushbacks to ever occur after the announcement of a new game followed Nintendo’s E3 press conference and the unveiling of Wind Waker. Toon Link, as he would go on to be known as, looked nothing like the awesome hero shown in demo footage to promote the Gamecube, and he was a drastic departure from the more “realistic” art direction of the N64 Zelda titles. Of course, Wind Waker turned out to be amazing and Toon Link is now accepted and beloved by nearly all, but reactions like these from an IGN comment thread are a good reminder of how invested fans can be. Nobody likes change, indeed. Apart from the obvious switch to cel-shading, however, Toon Link is almost a throwback to the original look with his simple outfit, though he retains the blond hair, his sleeves are green this time, and his eyes are black, the only Link to have such, most likely to support the character’s ability to express himself facially. He would stick around for the DS sequels, but other than the lower resolution, his look remained basically unchanged.

After the backlash, Nintendo decided to play it safe by appeasing fans of adult Link with the most badass version yet. Twilight Princess elicited tears of joy during its own unveiling, thanks in no small part to the way the hero looked this time around. With a stern expression and an outfit made up of more subdued coloring, including a decidedly darker forest green for the tunic, this Link perfectly fit the mood of Twilight‘s melancholy world. An abundance of leather straps for his gear and a steam-lined, cut look make this Link the most armed and dangerous in the series. Even his boots lost the whimsical flaps of the Ocarina days. This stoic version was the turnaround from the previous iteration’s emoting, and fans welcomed it with open arms.

Still, despite the overwhelmingly positive reaction to Twilight‘s hero, Nintendo still wasn’t satisfied, opting for yet another art style and more character model modifications for Skyward Sword. Bright colors returned, but with a dreamy haziness that the rest of the game would also adopt. Note Link’s longer tunic, larger shield, and baggy pantaloons; these features softened the warrior aspect, making him more in line with the “nice boy” image the more personal story was telling. The amount of leather was lessened as well, so that Skyward Sword‘s Link comes off less as a skilled warmaker, and more of a Luke Skywalker, the simple lad setting out on adventure, a decent middle ground that could appeal to all types.

Link’s adventures made for portable devices were fairly consistent in look for a while, with Link’s Awakening, Oracle of Ages, and Oracle of Seasons all using the same model, a cross between a more refined verison of the NES original for the head-on look, and the long, recognizable face of Zelda II‘s Link when turned sideways. However, the two since then have been widely different.

With the Gameboy Advance’s ability to display better-than SNES-quality visuals, a resumption of A Link to the Past‘s spritely, pink-haired hero would have been understandable, but Minish Cap developer Capcom made their own model, combining the pudgy, short-armed shape of its SNES predecessor with Toon Link’s bright colors and lighter feel.

For  A Link Between Worlds, Nintendo took up the handheld reins once again, making a sequel to the SNES classic that featured a Link who looked nothing like the hero from the SNES classic. While his simple clothing choices hearken back to olden days (brown sleeves again!), the sausage-link sideburns are definitely new, as well as the yellow band around his cap, and the increased amount of rounded edges on everything from his face to his sword let players know that while some gloominess exists in Lorule, this adventure was staying on the breezier side. Other than Wind Waker‘s cartoon, this may be the Link that fits in least with others in the series. 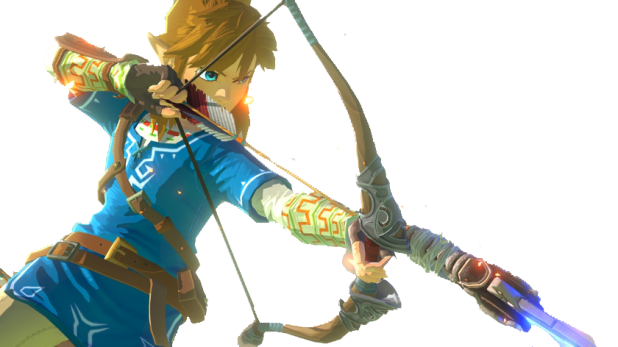 So what’s next for the Hero of Hyrule? Zelda for Wii U has already shown yet another unique art style for the franchise, what looks almost like a melding of the warrior aspects of the Twilight Princess model with the cel-shading of Wind Waker, though with a more comic book feel. His longer hair and more effeminate appearance had many speculating that this Link might actually be female (a rumor quickly shot down by Nintendo), but what’s even more interesting is the blue tunic and detailed vambraces. While he did wear something similar in the opening for Wind Waker, and I’m fairly certain the traditional green outfit will surely be included, this emphasis is curious, and I wouldn’t put it past Nintendo to alter an aspect of Link that we have taken for granted since the beginning, if only for one game. The designs of his clothes have an ancient feel, which contrasts sharply with the more technologically advanced weaponry we’ve seen on display. Still a mystery, the Link in Zelda Wii U has the potential to signal a new direction for the holder of the Triforce of Courage.

Altering such a popular character would normally be a risky move for most companies, who tend to stick with what works, but when it comes to the many faces of Link, Nintendo’s tinkering doesn’t look to stop anytime soon. As they work to expand and redefine the gameplay, Link also continues to evolve, keeping an old series constantly feeling new again.