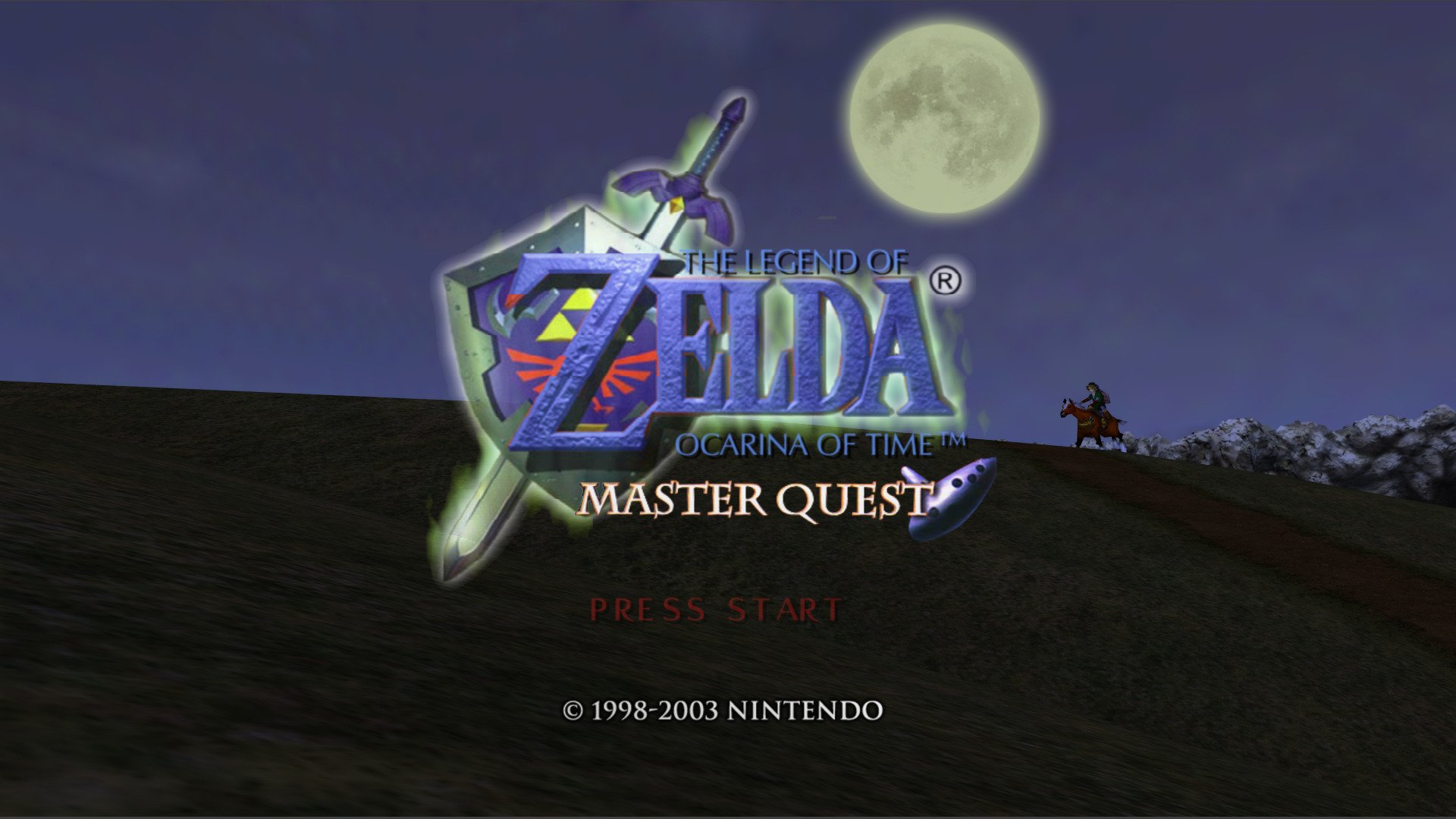 Originally developed as an expansion for The Legend of Zelda: Ocarina of Time, Ura Zelda was slated to be the Nintendo 64DD’s killer app. Naturally, following the commercial failure of the 64DD in Japan, the expansion was cancelled with the core staff moving on to develop Majora’s Mask. For years, Ura Zelda lived in a limbo of sorts until it finally found a home for release on the Nintendo GameCube. Renamed Master Quest worldwide, Ura Zelda did not quite live up to its own legend, but it nonetheless offered something quite valuable for veterans of the series: challenge.

Granted, the series had not yet plummeted its difficulty curve into the ground by 2002, but Master Quest offered a level of challenge that far surpassed what the previous 3D installments provided. Interestingly, this was not done by increasing the damage Link took or making enemies stronger, but by simply remodeling dungeon layouts. As Ura Zelda was initially designed with prospective players having beaten Ocarina of Time in mind, there was no reason from a design perspective to go easy on the audience. Although the name would only be adopted in its Western releases, Ura Zelda was a “master quest” even in its infancy.

At its core, Master Quest is more or less a 3D manifestation of the original Legend of Zelda’s Second Quest

It perhaps goes without saying, but the call for a Master Quest version of each Zelda is unrealistic. When it comes down to it, Ocarina of Time Master Quest exists only because Ura Zelda does not. They are fundamentally the same game, remixing Ocarina of Time’s dungeons to offer veterans of the game a deeper challenge. At the same time, the call for more Master Quest is less a call for remixed dungeons and more a desire to see The Legend of Zelda takes audiences out of their comfort zone.

At its core, Master Quest is more or less a 3D manifestation of the original Legend of Zelda’s Second Quest. Both quests edit familiar dungeons in a desire to provide players a deeper challenge upon a revisit to Hyrule. Dungeons in both the Second Quest and Master Quest build off an already established foundation rather than presenting a set of rules to the player and slowly raising the difficulty curve. From as early as the first dungeon, players are offered a late-game challenge, thrown into the proverbial deep end.

From a design perspective, Master Quest exists in an incredibly specific context. Had Master Quest released as is in a world where Ocarina of Time does not exist, it would rightfully have been considered too obtuse for its own good. What makes Master Quest such a compelling experience is how it plays with familiarity inside of dungeons. The Great Deku Tree, Dodongo’s Cavern, and Jabu-Jabu all maintain their rather unique aesthetics, but with radically different means of progression.

While all three dungeons do share more than enough similarities with their base game counterparts, their inherent design is less revolved around easing players into puzzle solving in a three-dimensional space and more keen on presenting a consistent, and at times subversive, challenge. The Great Deku Tree is now a fairly dangerous gauntlet that pits the younger bodied Link against obstacles the base game wouldn’t present until after Jabu-Jabu; Dodongo’s Cavern completely changes the way in which Link tackles the dungeon, starting at the top of the cavern and making one’s way down; and Jabu-Jabu reorders the dungeon entirely, sporting new enemies, room layouts, and cows as switches to boot.

Master Quest is almost alienating in concept. It cannot stand alone, but it was not designed to stand alone.

In many respects, the cows inside Jabu-Jabu represent what Master Quest does best. As a game so intimately modeled after another game that it could not exist otherwise, it can afford to experiment with little oddities. There is no justifiable reason as to why living cows would be inside of Jabu-Jabu, let alone function as switches, but it doesn’t matter because Master Quest is not the “main” game; it isn’t Ocarina of Time. Where Ocarina of Time has to be cohesive in how it both presents its world and game progression, Master Quest fundamentally exists on the shoulders of Ocarina of Time. It can be played with no prior familiarity, but it cannot be properly appreciated.

SinceThe Wind Waker, the series has more or less embraced familiarity and comfortability above all else. Breath of the Wild strays the furthest from what is to be expected from a Zelda game, but even it suffers from a weak difficulty curve and forgiving dungeon design. Even though Master Quest only gets away with as much as it does because it was developed specifically for those familiar with Ocarina of Time in mind, its design philosophies thrive all the better when paired with the series’ more prevalent optional mode: Hero Mode.

Introduced in Skyward Sword, Hero Mode marked The Legend of Zelda’s first foray into traditional difficulty modes. Brought back for A Link Between Worlds, The Wind Waker HD, and Twilight Princess HD, enemies in Hero Mode dealt double damage and any healing had to be done via potions as hearts were removed from their respective games except in the most specific of scenarios. Where Hero Mode does increase the level of difficulty in regards to combat, it does little to make the dungeons themselves any harder. This is best felt in The Wind Waker HD and A Link Between Worlds, two entries that would have benefited immensely from harder puzzles.

Entirely by circumstance and not some stroke of genius on Nintendo’s part, Ocarina of Time 3D’s interpretation of Master Quest blends its remixed dungeon design with Hero Mode’s features. Master Quest 3D offers a harder challenge all around, making combat all the more dangerous and puzzles more demanding. It is by no means the hardest challenge the series has to offer, both the NES titles and Breath of the Wild’s Master Mode have the other games beat, but Master Quest 3D offers a well-rounded challenge that manages to be difficult where it counts. For the most part, at least.

From a design perspective, Master Quest is by no means perfect. Just about every remixed dungeon in worse than their base game counterpart. The Water Temple fares best, but really only in the non-3DS versions considering how Ocarina of Time 3D managed to salvage the dungeon’s shakier qualities in the transition from the Nintendo 64 to the 3DS. Other than that, Master Quest’s overall design feels incohesive and at times clash. At the same time, Master Quest is not aiming to be better than Ocarina of Time, just harder, which is respectable in its own right.

Simply put, a Master Quest for each Zelda is unrealistic. The amount of time and effort that would be put into remixing dungeons for an alternate hard mode is time that could be spent elsewhere. For remakes and remasters, however, there’s really no harm in dedicating time to crafting a “Master Quest” modeled after Ocarina of Time 3D’s take. The lack of a Master Quest in Majora’s Mask 3D was disappointing, to say the least and while both The Wind Waker HD and Twilight Princess HD featured Hero Modes, the best Hero Mode will never scratch the same itch as Master Quest.

Perhaps that’s what make makes Master Quest so special, though. After all these years, Nintendo has never revisited the concept, and why would they? Master Quest only exists because of Ura Zelda, a once in a lifetime idea to build off of Ocarina of Time’s foundation. It’s highly unlikely The Legend of Zelda will see another Master Quest considering the specific bubble in which the Ocarina of Time reimagining exists. Majora’s Mask 3D more or less proved that Master Quest was a one time deal, which is a shame.

Nineteen entries into the series and Zelda has only tackled the “Second Quest” concept twice. Moving forward, Hero Modes in the style of Ocarina of Time 3D’s Master Quest would be a great way of encouraging replayability and offering veterans a challenge without alienating newcomers. If Breath of the Wild’s Master Mode is anything to go by, a Hero Mode locked behind a price tag, Nintendo won’t be going back to the Master Quest model anytime soon, even under the guise of DLC.