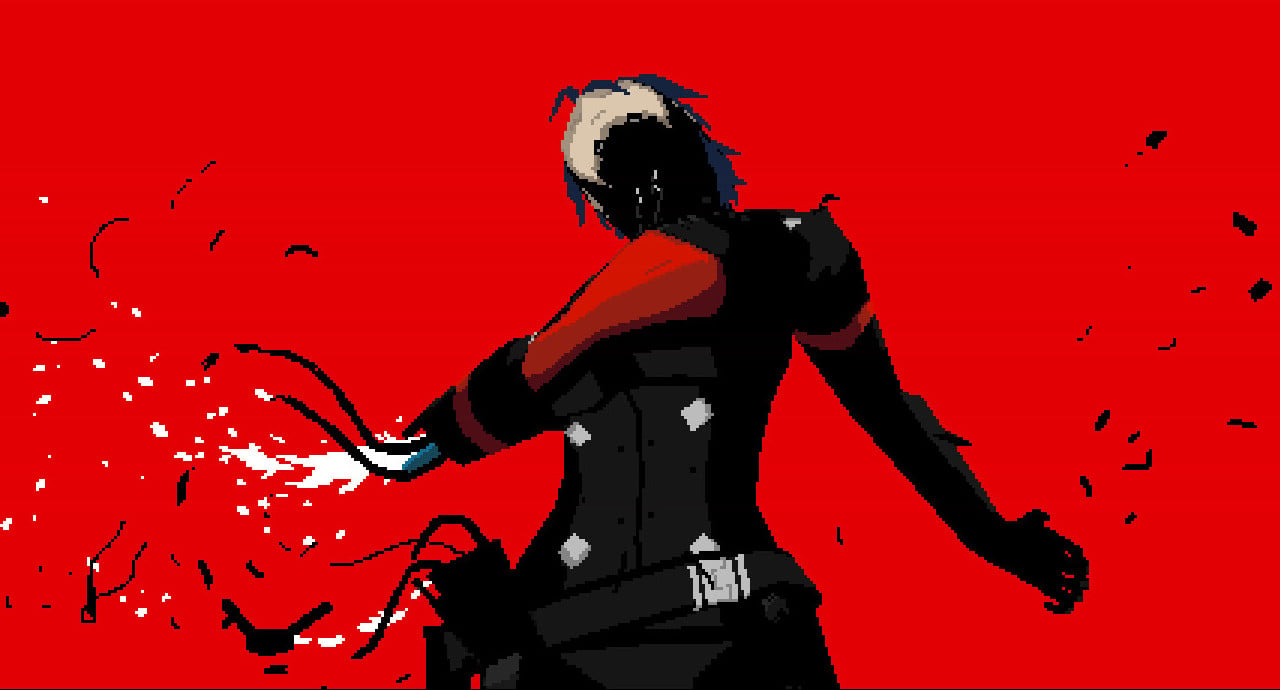 Indie Games Spotlight is Goomba Stomp’s biweekly column where we highlight some of the most exciting new and upcoming independent games. As we get closer to the holiday season, there’s no shortage of great indie games to settle into. Ever wanted to start your own brewery or lose yourself in a new cozy life sim game? Let us begin!

There’s something inherently satisfying about navigating a tightly-designed platformer, and Akatori looks like it’ll scratch that itch quite comfortably. The story follows a young girl named Mako as she goes on a journey to stop an ancient god from being awakened through the power of the “world warp,” a special ability that turns in-game areas 180 degrees and transfers Mako through dimensions.

While dimension-hopping sets Akatori apart from other metroidvanias, the hack-and-slash staff combat is also central to the experience. From Mako’s fluid mid-air combos to ranged attacks, the simple yet kinetic fighting mechanics look to strike the perfect balance between approachable and fun, especially with dozens of enemy types of go against. Akatori will eventually release on Switch and PC.

Bring Life to the Lonesome Village

There’s been a noticeable rise in cozy slice-of-life sims in recent years, and Lonesome Village is one of the most promising. Unlike the recent Potion Permit and Rune Factory 5, Lonesome Village is a no-combat farming sim that prioritizes puzzle-solving and adventure. To help bring a village back from the brink of destruction, step into the shoes of Wes the coyote and gradually earn land to build, garden, and fish on.

Just because Lonesome Village doesn’t feature combat doesn’t mean that there aren’t dungeons to explore and villagers to save. The puzzle-first approach is a refreshing way to go about the genre, and the vibrant art design makes exploration naturally inviting. While it remains to be seen how fleshed out the farming systems are and how deeply players can befriend characters (are romantic relationships an option?), Lonesome Village is on track to check off all the major notes when it launches on Switch, Xbox, and PC November 1.

Horror fans are being fed ridiculously well throughout this fall and winter season with everything from blockbuster releases like Calisto Protocol and the Dead Space remake to indie projects like Scorn and The Outlast Trials. Signalis has consistently been one of the most anticipated of them all thanks to an intoxicating atmosphere and classic survival horror gameplay that forces players to carefully manage their resources and peer through the lens of a fixed camera.

Step into the shoes of Elster, a technician who awakens to find herself without her partner and surrounded by nightmarish creatures and cosmic dread. Signalis’ dystopian setting provides the perfect backdrop for the exploration of cold and distant spaceships and abandoned facilities and storytelling inspired by Stanley Kubrick and David Lynch. You won’t have to wait long to be spooked: Signalis creeps its way onto all platforms on October 27.

Have you ever sat back with a beer and thought “I could make this?” Brewmaster: Beer Brewing Simulator has you covered. From perfecting brewing techniques to naming, bottling, and labelling your own brand, Brewmaster lets players get involved in all aspects of homebrewing craft beer. Those less familiar with the ins and outs of brewing can follow recipes while those with experience can tap into the best equipment and ingredients on the market.

What makes Brewmaster so impressive is how much there is to do. Players can decorate their home brewery space and design their own labels, but they can also submit their beers to local competitions and breweries to gain a name for themselves. There are craft beer styles to master, more challenging recipes to unlock, and an entire story-led mode to experience for those who want to know what it takes to become a master brewer. You don’t have long to wait to start carving your own path: Brewmaster: Beer Brewing Simulator is out now on PC and coming to all consoles soon.

Lead Your Own Cult of Babel

Much like how Slay the Spire created entire an entire subgenre of its own following its massive success, the reverberations of Vampire Survivors’ impact continue to be felt over a year and a half since its early access launch in early 2021. Cult of Babel is the latest roguelite horde survivor game that puts its own unique spin on things; instead of choosing from a set of abilities, players will collect cards that can be upgraded and combined to unleash devastating effects on a range of enemies.

While there will only two classes to choose from at launch (a witch and a wizard), developer Menacing Aura Games promises that more will be added throughout the early access period. Regardless, the cards being randomized should keep runs from getting stale too quickly, and with 60+ cards available from the start, there should be plenty of variety at the ground level. Your ascension of the Tower of Babel can start immediately; Cult of Babel just launched on PC!