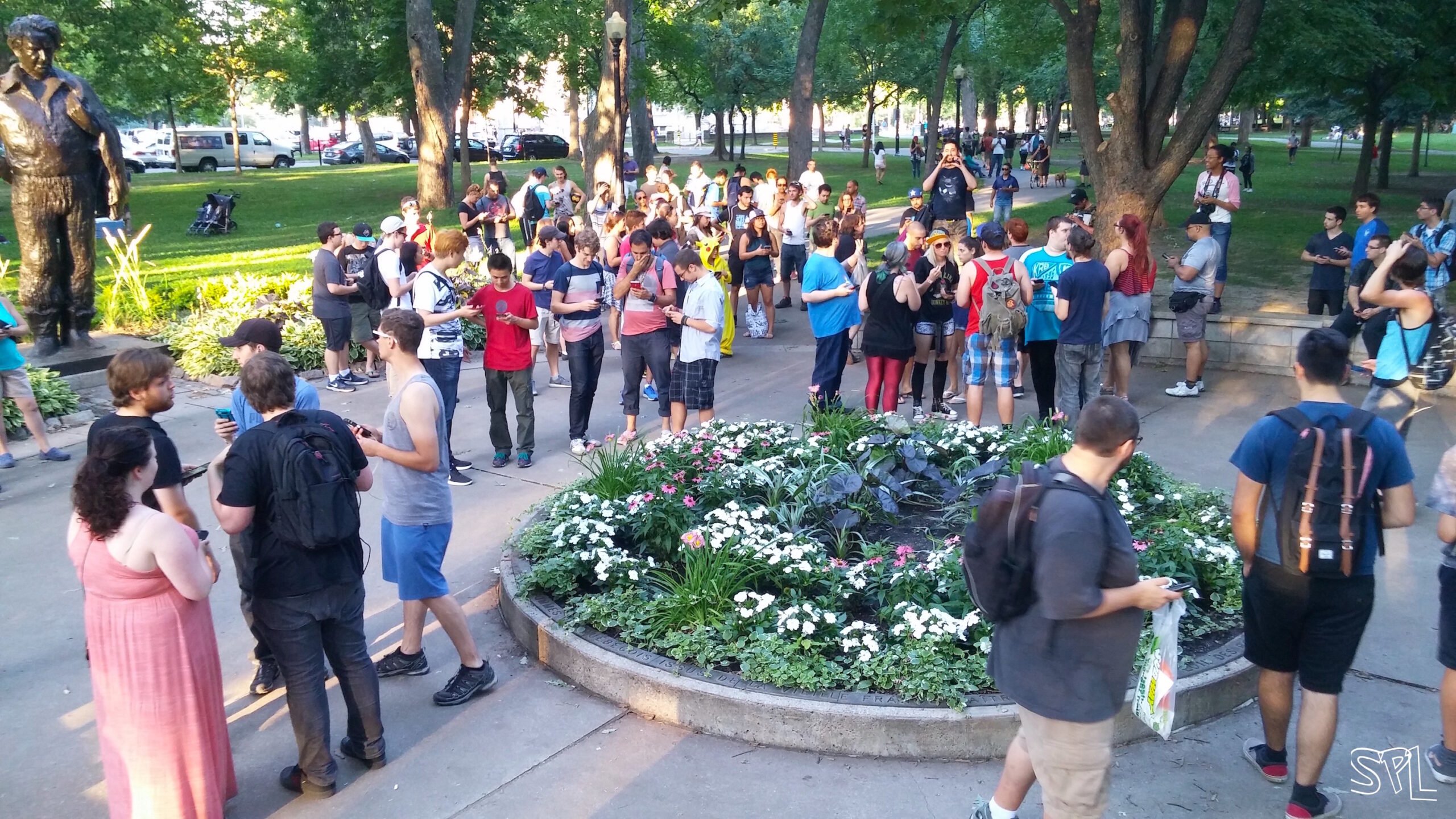 Nobody said running events was easy.

The first Pokémon Go meet-up I attended, which I wrote about here, was a modest affair, with only a small handful of organizers and a fairly simple goal. We met up, walked to our destination, and hung out. It wasn’t a huge group and it wasn’t fancy, but the event was run well, and it was fun.

There is, however, little excuse for the poor management witnessed at the Pokémon Go meet-up that took place this weekend in Montreal.

Originally titled the “Montreal Guinness World Records Pokemon Go Gathering,” the event was scheduled for July 23. It was organized by the Montreal Pokémon GO Blog.

Unfortunately, as the event gained media attention, the organizers found themselves in a sticky situation due to the nature of their event – especially its name. Firstly, attaining a world record is no small feat; Pokémon Go meet-ups in the US have drawn huge crowds, such as the 9,000-person San Francisco crawl, whereas the Montreal gathering had under 3,000 people listed as “Attending.” Secondly, at no point had the organizers indicated that they had invited a Guinness World Records Judge or officially applied on the Guinness website. Lastly, as some sources reported, the organizers had not applied for a permit, which is required for large gatherings in the city of Montreal. As a result, the event organizers postponed the event by a week, changed the location, and edited the event title to the “Montreal Canadian Record Pokémon GO Gathering.” 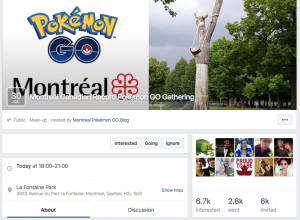 I decided to attend the event regardless on July 30, which was scheduled for 6pm in La Fontaine Park. It was a gorgeous, sunny day, and I arrived at the meeting spot, a huge slingshot sculpture in the middle of the park, around 6:30. The park was full of people enjoying their Saturday, and around the huge sculpture were small, scattered groups of people with their phones out, playing Pokémon Go. Many were just sitting around on the grass, making it difficult to tell who was there for the meet-up, so there looked to be about 70 or so attendees.

I approached a group to ask what was going on, and they said the organizers weren’t there, so nobody knew what to do. More than one person in the crowd loudly noted how lackluster this record-breaking event was. People said they had tried to reach out to the organizers via Facebook, but were met with silence. Nobody was quite sure what to do. 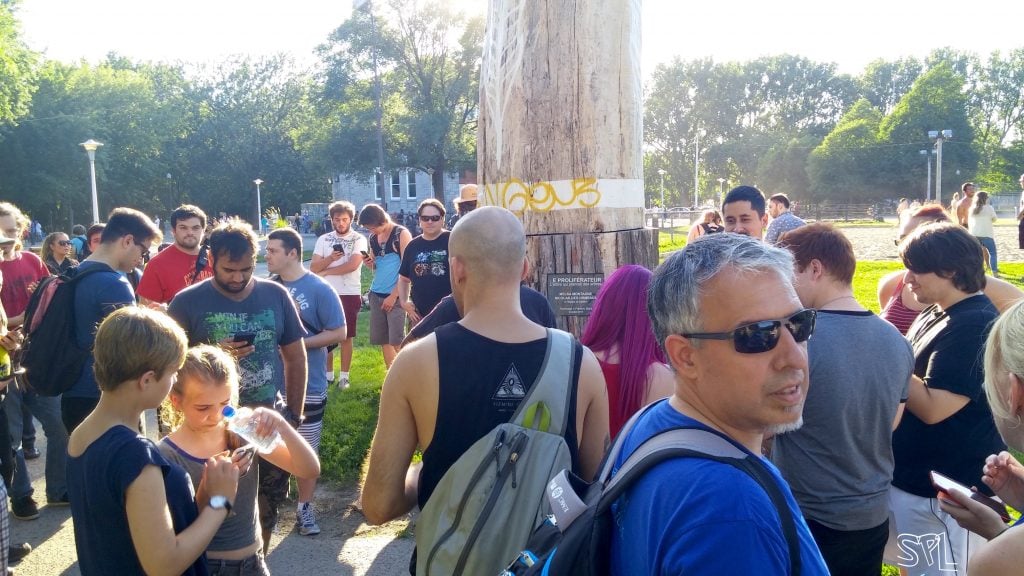 The group milled around, many sticking to the shade of the slingshot and blocking the paved path for the next half hour, until an individual wearing a ghost Pokémon t-shirt decided to take charge. He called the crowd together and suggested we go over to another part of the park with more Poké Stops that were closer together, and that he could put some more Lures down there.

We then began a march towards the Poké Stops, at which point we looked to be about 150 people or so. When the group arrived, however, we realized that we were in the middle of a playground with dozens of parents and children running about. At this point, I suggested to the ghost t-shirt guy that we move to another location, so we chose a Poké Stop in a less crowded area in the park. It turned out to be a lovely circular seating area, so many stopped to sit and catch Pokémon, while others went to check out other nearby Poké Stops. 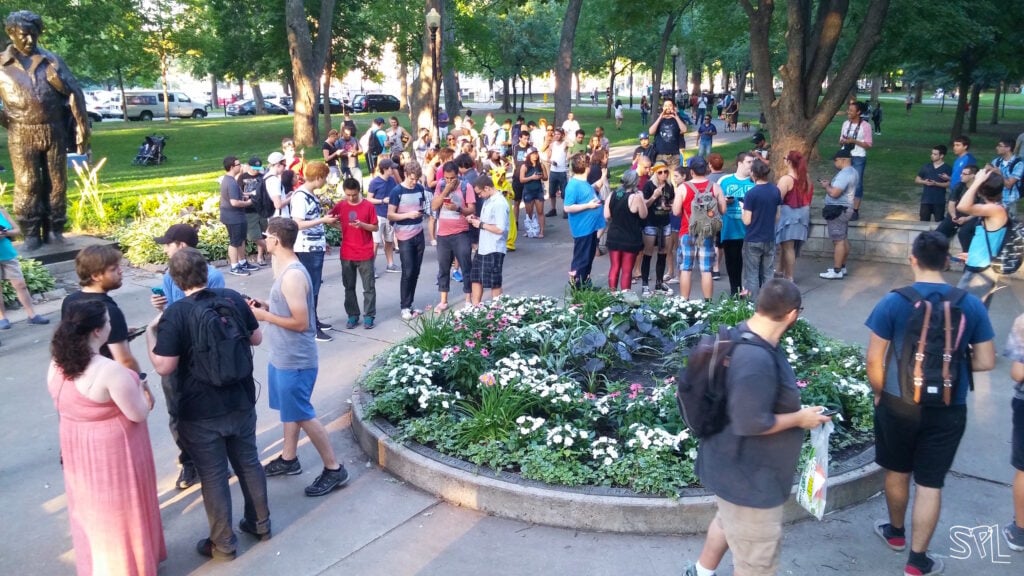 I had made a few friends at this point, and when I asked one about the guy in the ghost t-shirt, he said he knew the guy’s girlfriend and offered to introduce me. He was a friendly dude named Carlos, and for the next hour or so I chatted and hung out with him and an unlikely group of people who had all just met. They expressed a desire to run their own Pokémon Go meet-ups in Montreal, and I told them about the one just a week away on August 7. Carlos then created the PokéGoMtl Facebook group, with the goal of using it to arrange more Montreal Pokémon Go meet-ups in the future. We eventually parted ways, and those remaining went to go watch the fireworks.

I was glad I went to the event, as I got to meet plenty of wonderful people, catch some nice Pokémon, and have a good time. How much of this can be attributed to the event organizers, however, remains to be seen.

There is a lot we can learn from this event by looking at how it could have better been executed. Using a less extravagant and misleading name, for example, would have avoided a great deal of confusion. Doing the necessary research in advance would have helped in both naming the event and choosing how to run it. Better publicizing the new date and location of the event might have helped to draw the crowd they had initially anticipated. Communicating with the public and having a dedicated team present to direct the crowd, perhaps with activities, would have made attendees happier and given structure to the event.

The Montreal Pokémon GO Blog organizers have not yet commented on the gathering as of the time of writing. It is unclear whether or not they will host other events in the future, but hopefully they will learn from their mistakes. Fortunately, attendees still enjoyed themselves, and made the most of their time with fellow players and Pokémon fans.