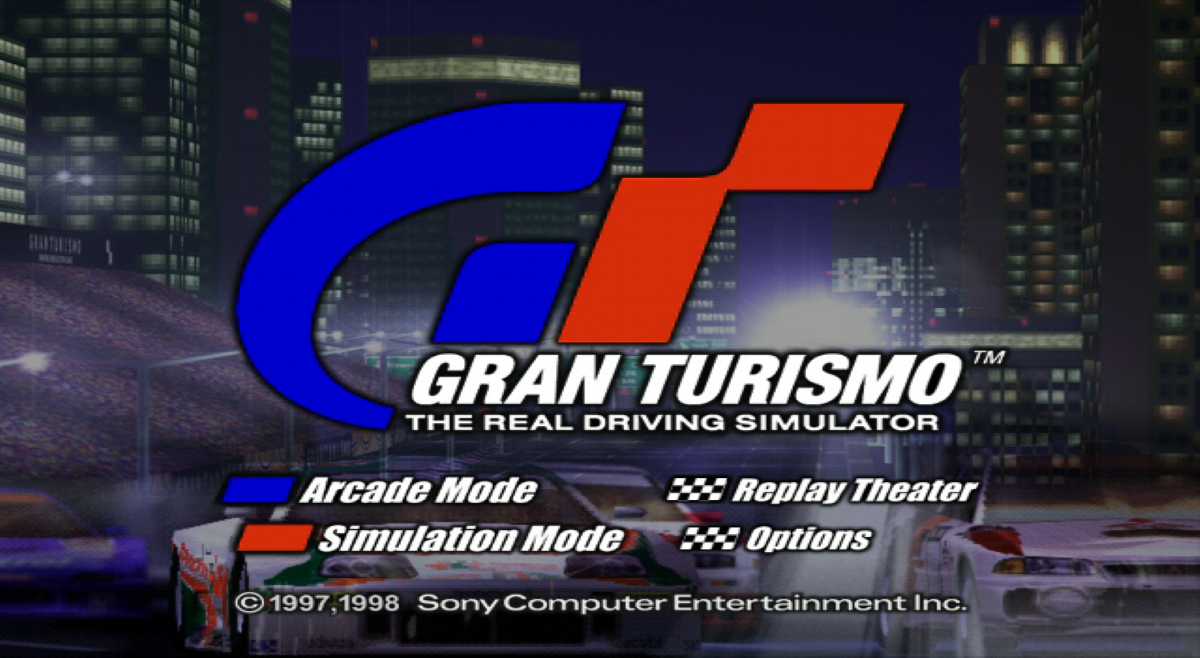 For a self-proclaimed real driving simulator, the original Gran Turismo must have seemed very unreal to those playing it in 1997, judging by its quality relative to the time. And whilst that quality most definitely doesn’t hold up today, it’s still worth looking back at what made it such a high octane, unencumbered, no holds barred race to the finish line.

Of course, when first starting out, none of the car makes that the player delves into are going to be all that exceptional. That’s what gaining new licenses and winning races are for. To move up the grades and get hold of a better set of wheels, those activities are going to have to be engaged in so as to buy new cars with the prize money. It’s all part of GT or ‘Simulation’ mode, which cleverly lays out a clear progression system for the player to partake in. In today’s parlance, it’s basically story mode, and not every racing title at the time had one. Clearly, Gran Turismo was here to be much more than just an arcade racer (although, incidentally, it does have a designated Arcade Mode).

The other great time-dependent thing about the original Gran Turismo is its greater emphasis on realism when compared with the Need for Speed and Ridge Racer titles of the time. After all, it wasn’t called the real driving simulator for nothing – a clear statement on the part of the developers, and one which gamers at the time appreciated and understood. Here was a racer that they could really bite their teeth into over a long period of time, rather than just going out for a test drive or a quick spin. The only thing missing was vehicle damage, something which the later Forza Motorsport series would more than remedy.

And speaking of biting one’s teeth into a game, Gran Turismo sure does pack in a lot of content with which to do it. 180 cars and 11 tracks may not seem like a lot to us today, spoilt for choice as we are with Gran Turismo 7, but back in 1997 those numbers carried a lot of weight. To take one example, Need for Speed II from that same year could manage only 12 cars and 7 tracks. Yikes! Plus, barely any of those tracks can come close to the sheer epicness that is High Speed Ring, Deep Forest Raceway or Trial Mountain.

The reason why Gran Turismo hasn’t aged so well is due to the simple fact that racers in general don’t tend to age well. Unlike an adventure or RPG game, racers aren’t usually driven by ideas, narrative or storyline – all three of which are capable of lending a timeless quality to any game when executed right. By contrast, when it comes to racing (and especially the type of racing engendered by Gran Turismo), what matters most is, well . . . racing. And for that, visuals and gameplay are primary.

Unfortunately, as we all know, visuals and gameplay can easily be outdated and replaced by even better visuals and gameplay, ad infinitum. Which is why we need a new Gran Turismo game every few years, and why a racer is only ever as good as the technology of the day. Note how that’s emphatically not the case for quirky games with timeless art styles like, say, Mario or some of the classic Nintendo hits. So, ironically, by trying to be the real driving simulator, Gran Turismo is now very much the opposite of that 25 years later.

Still, such was its influence that Gran Turismo spawned a great franchise which soon took the reins (or, in this case, the steering wheel) and overtook Ridge Racer, remaining in pole position until the emergence of Forza Motorsport. Now it’s firmly back in the running with the emergence of Gran Turismo 7, going head to head with its competitors, although Need for Speed has also seen something of a resurgence as of late.

So, yes, Gran Turismo is still worth looking back at for its enduring legacy and historical significance. But is it still worth playing through in 2022?