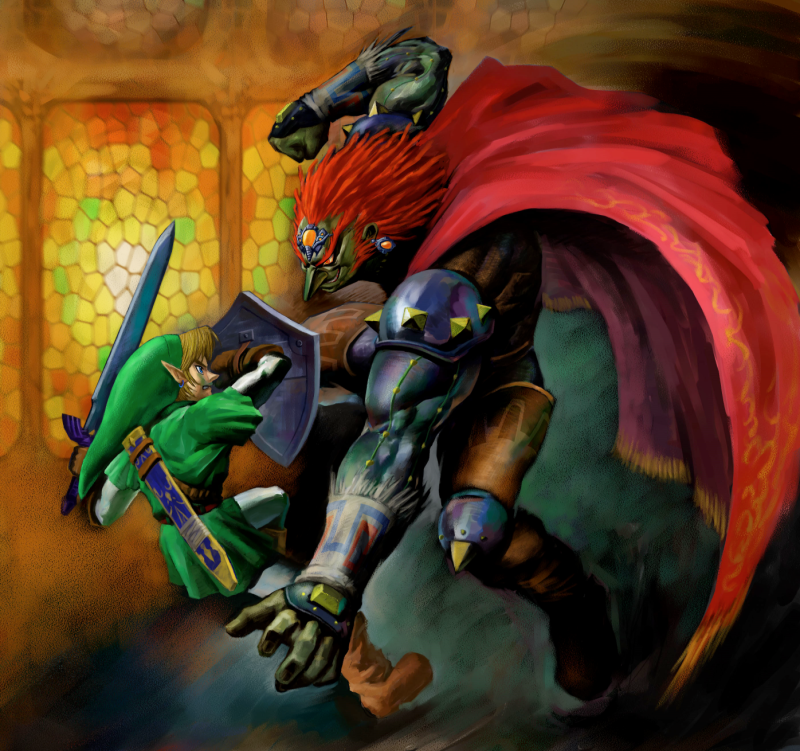 A Note from the Author:

About two hundred years ago, it came to my attention that in order to complete my book, the Hyrule Historia, I would need to complete one final, quite tricky interview, an interview with the other side of the conflicts that I have described before.

What follows below is my interview with Ganondorf Dragmire while he was in between bodies. It was recorded on five separate Gossip Stones, the totality of the interview lasting around forty hours, covering several thousand years of history.

The interview below has been cut to length, highlighting the humanity of the subject, while also editing out most of the never-ending megalomaniacal diatribes in which the subject often indulged himself for hours on end.

The original Gossip Stones are on record, along with both volumes of the transcript at the Library of the Sages, for future reference.

All notes in [brackets] are my additions, often outlining the mood the subject was in, or the visible changes which took place while he was addressing certain topics.

The opening is from memory, and is not present in the record provided by the Gossip Stones. 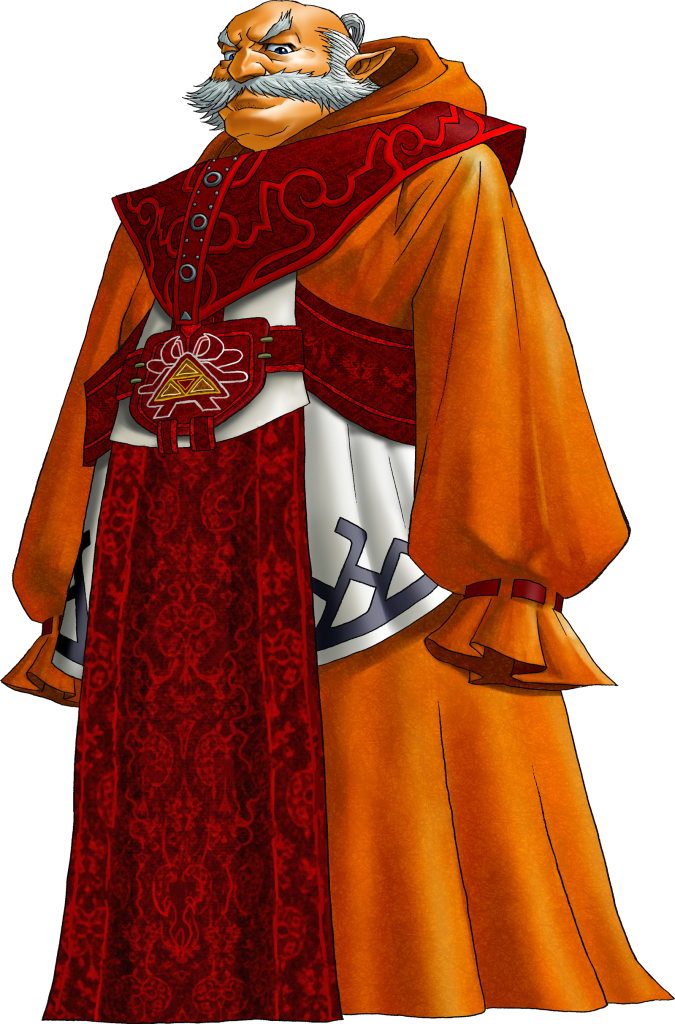 A painting commissioned of me quite a while back. I don’t agree with the artist’s…portly rendition of me. I was much slimmer then.

RAURU – Come in, please sit down, Mr. Dragmire. Would you care for anything before I start the interview?

GANONDORF– This should be a hoot. [laugh]

RAURU – I’ll pretend like I didn’t hear that. I’m going to start recording.

RAURU – So, Mr. Dragmire, Ganon, Ganondorf, Great King of Evil…..how would you prefer me to address you?

RAURU – Alright. So, Ganondorf, would you care to tell us a little about yourself here at the beginning?

GANONDORF– My name is….well at least, was, Ganondorf Dragmire, and I’m currently in between bodies at the moment. As for my origin, I was initially born in the Gerudo Desert, in Hyrule, the first man born there in over a hundred years.

RAURU – Fascinating. So, what was life like growing up in the Gerudo Desert?

GANONDORF– It was terrible. My people went without, all while those in Hyrule, a blessed land, dealt with their own, petty issues. The scorching heat and searing sun kept us locked away from anyone else. Our state was one of constant want.

[Eyes begin to narrow as he recounts the story]

As I began to grow older, I became more and more bitter. My hatred of the people of Hyrule became more intense.

Eventually, an opening emerged, and I was able to influence the King of Hyrule to grant me power enough to manipulate a certain young, tunic-clad boy into opening the door to the Sacred Realm for me.

RAURU – And, there you were granted unimaginable power?

GANONDORF– Yes, I was. My fate was forever linked to that of the Triforce of Power. However, I was not judged worthy for the other two pieces. And yet, my wish came true. Hyrule became the demented, tortured, hellish place it did because of me.

RAURU – How do you feel about that now?

GANONDORF– It was a decision made by a foolish man with foolish ambitions. Not only had I essentially doomed myself to a near eternity of want, but I had brought down evil upon the land that I coveted.

GANONDORF– [scoffs] No, I don’t. I may have made mistakes, but, ultimately, they made me the man standing before you today.

The mistakes I did make, however, led to many years of catching back up to where I was. Effectively, I could have rendered the Kingdom of Hyrule inert without having laid a finger on the king, or the kingdom, so trusting was ‘His Majesty’ of my character. 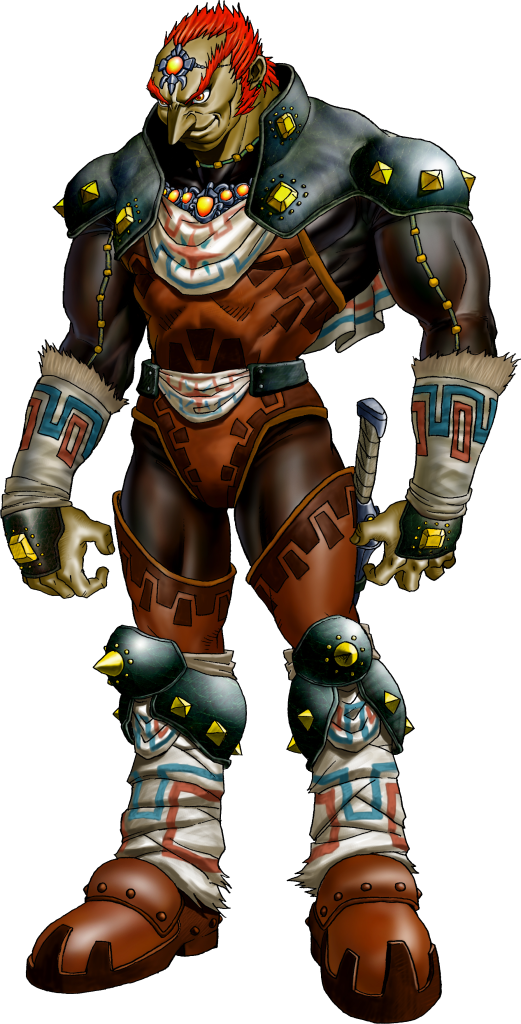 A picture of the subject captured when before he became the ‘King of Darkness.’ The subject laughed emptily when shown the picture.

RAURU– What was the worst mistake that you ever made?

GANONDORF– Taking the Triforce before I was ready to command it’s full power. Like a fool, I failed to realize that by touching the Triforce as I was, I would essentially grant two others power equal to my own.

Now, that was a mistake. That, and of course, trusting anything made by the goddesses to give me any sort of clear-mindedness.

RAURU – Has what you’ve done with the Triforce been against your will?

GANONDORF– No, but give a man power, absolute power, and the desire to make any wish of his, no matter how carnal, instantly appear and it will corrupt him. Thus was I corrupted.

[Coughs, leans back in his chair]

Neither of the others have had to bear the burden that I have. At times, I have even completely disappeared, a small fragment of a man, just enough to be pulled back, lost within Ganon. Never without a purpose, though.

[Sighing] And, although I will never be the man that I was once, it’s times like this when I can think clearly without future ambitions clouding my thought.

RAURU– Could you give more clarity regarding your relationship with Ganon?

GANONDORF– There is nothing else much to recount. To my knowledge, Ganon is simply my spirit, that animalistic drive full of greed and arrogance that defined my younger years.

That humanistic spirit was taken to trough by the power granted me by the Triforce. I grew less human and more possessed by my own arrogance and supposed power. At times, when my physical body has failed, Ganon has been the only thing left.

Through every defeat I have suffered in the myriad of times, places, and kingdoms that I have haunted, the drive of Ganon has diminished and I have begun to grow tired of the constant conflict which has defined my existence.

RAURU – If you tire of the life of the eternal enemy, why not change your role?

GANONDORF– As I said before, the Triforce of Power and I are as inextricably linked. A few millennia ago, I truly regretted what I had done, I wanted the cards redrawn, and I wanted to change who I had become.

Then, it began to sink in.

The reality is that I am not the man that I was those many years ago, Ganondorf, ‘King of the Thieves’, has long been dead. I never can become him again.

[Staring at the wall]

I would never want to, though. I have begun to embrace who I have become. Call it fate, I guess. ‘King of Darkness’, ‘Great King of Evil’, ‘King of Thieves’, they’re ultimately just monikers by which fools describe my existence.

I am, ultimately, that ambitious young man from the Gerudo Desert. A man whose heart was full of compassion for his people and the want for them to see a better life.

RAURU – What, then, is your reason for fighting now?

GANONDORF- I fight strictly for myself. What else does a man cling to when he has no people and he is lost among the ages? The world left me behind eons ago, and I remain a relic of the past.

Hundreds of years pass between each resurrection or reconstitution, and I am left stranded in an era that is not mine. The others are reborn each time into a new body, and a new consciousness, unbeknownst to them the gulf of time that has passed.

And, yet, I wait. Centuries now pass as quickly as the setting of the sun, and I am here to ponder my immortality, and the weight which it carries.

Nothing have I left to fight for, nothing save to ease my own suffering. My sole goal remains to plunge the world into irreparable darkness, to rend the fabric of creation so bad that even the goddesses will not recognize what is left. Only then, in that blackest of days, when I have complete control of every living thing, and when the entirety of existence is purged of this cycle will I be at peace. 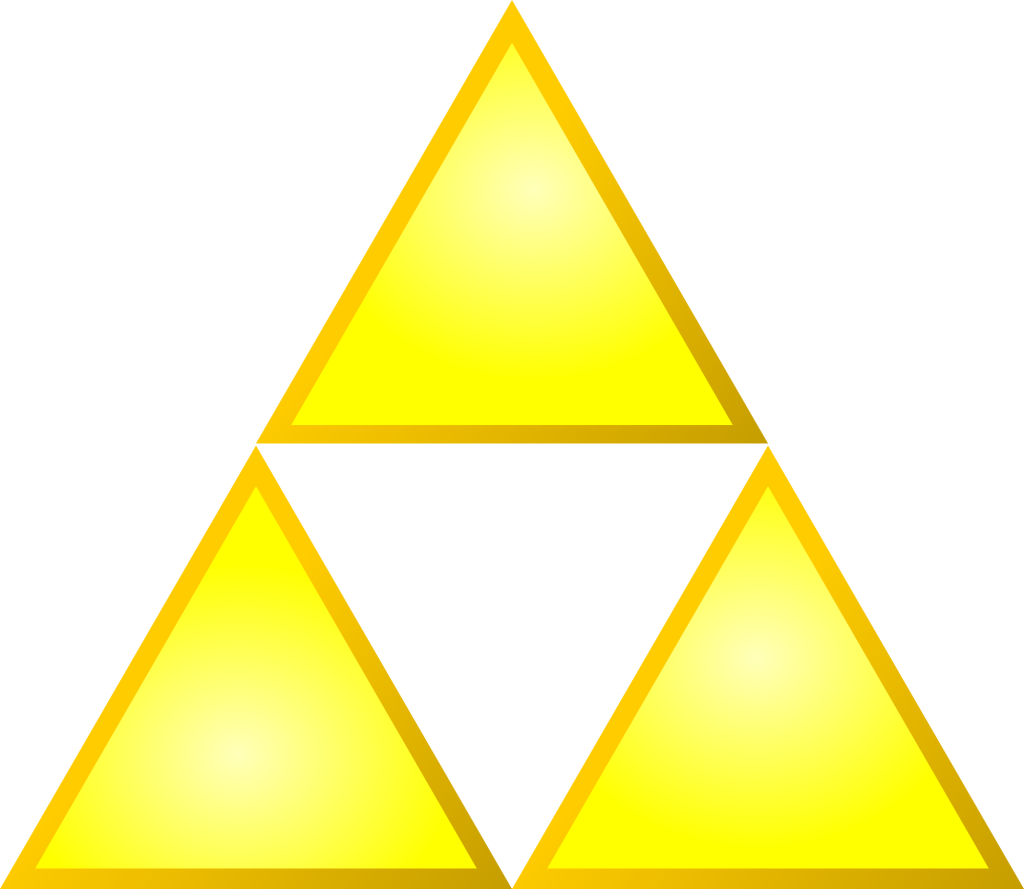 A drawing, passed down for generations, of what the Triforce looked like. The subject’s body seemed to shake with anger and his eyes widen with greed at the sight of it.

RAURU – That’s certainly a very…interesting…answer. Maybe a little bit dark…anyway, here’s my last question. What are you planning to do now? Given that…well…you’re dead.

GANONDORF- I will bide my time here, and wait until I am once more summoned, resurrected, or reconstituted by some rogue mage or an old follower of mine. The tranquility of being dead allows me a small chance to clear my mind, and think about something other than the acquisition of the Triforce.

RAURU – If you ever get bored, you could always stop by the Library of the Sages, I curate a small collection there that I think a man of your standing would enjoy.

RAURU- Just saying, if you wanted to…

RAURU- Uh, never mind about that. Thank you for your time today, Ganondorf.

GANONDORF- The same to you as well, Rauru. [He stands and leaves] 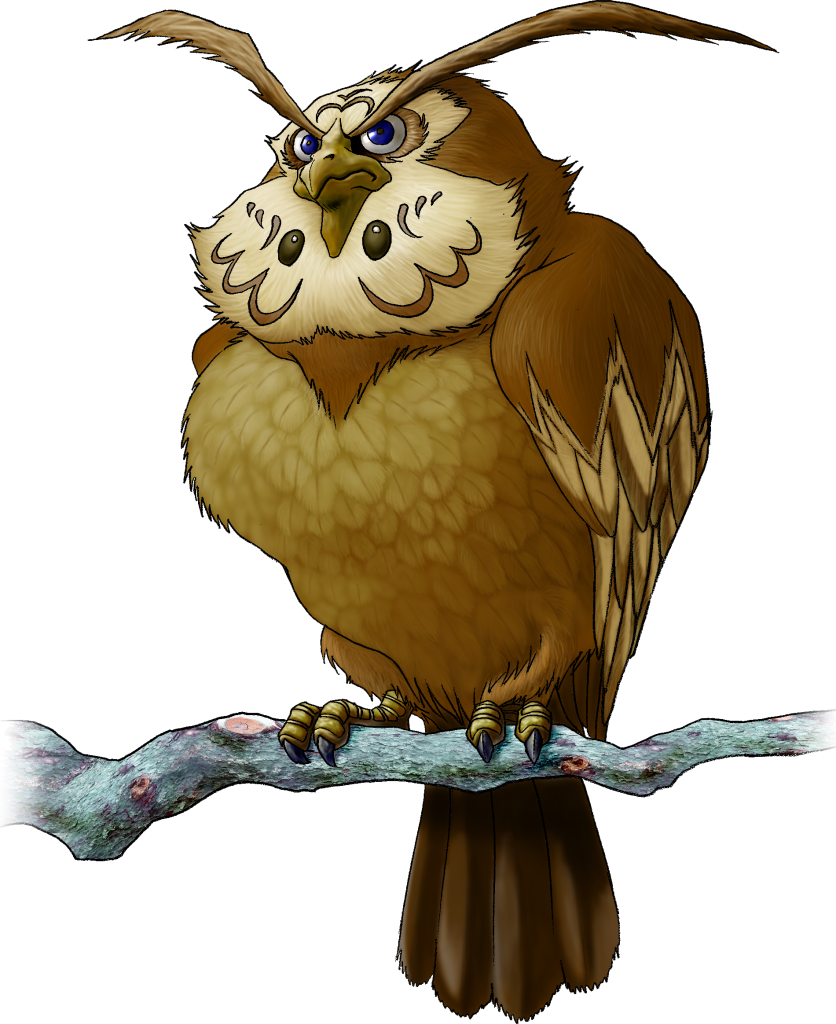 Another form of mine, one that I have not used in quite some time. This image was based on descriptions within a mostly unreliable text claiming to have been written by the Hero of Time himself.

Please address all concerns, corrections, and commentary to: