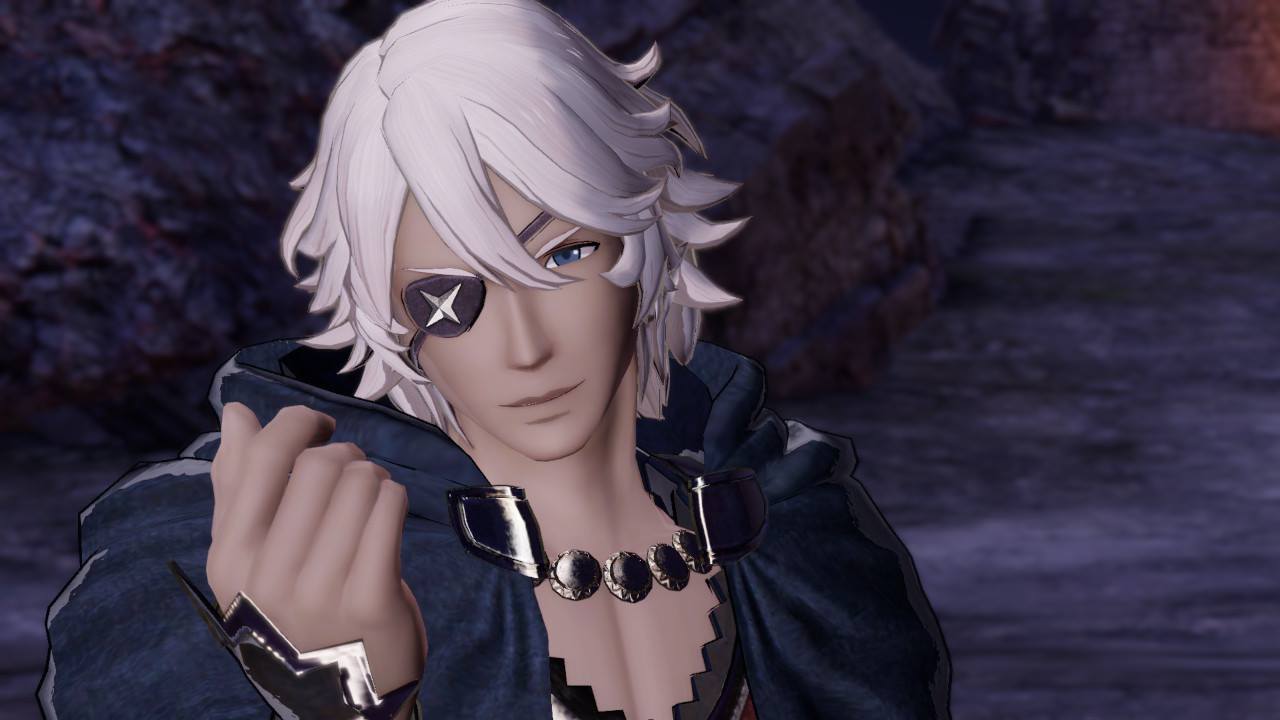 At first glance, I had little, to no interest in Fire Emblem Warriors, and I’m pretty sure I am not alone seeing as Dynasty Warriors has never quite resonated with gamers outside of its niche audience. Truth be told, I never picked up Hyrule Warriors and I had no intention of buying the latest Nintendo/Warriors crossover either, much less reviewing it. As fate would have it, Nintendo was kind enough to send us a copy of the game and after much deliberation on who should write this review, I decided to step in and take on the responsibility. Fortunately, I am happy to report that the hack-and-slash Action RPG, co-developed by Omega Force and Team Ninja (and released late this week on the Nintendo Switch) does not disappoint! Fire Emblem Warriors is an orgy of frenetic combat, a blood-letting on a titanic scale, a ballet of butchery that moves in perfect harmony with its thunderous gameplay. Needless to say, I loved every minute of the game!

There’s something incredibly appealing about the large-scale battles and swords and sandals gameplay of the Koei Tecmo series that suits the Fire Emblem series. Take for starters the roster. Whether you’re a tried-and-true Musou veteran or a diehard Fire Emblem fan, Fire Emblem Warriors is sure to please based on its large cast of recognizable and beloved characters alone. A majority of the players come straight from Fire Emblem Fates and Fire Emblem Awakening and the game features well over twenty characters to choose from. The usual suspects such as Corrin, Marth, Camilla, Robin, Frederick, Cordelia, Takumi, Tiki, Sakura and more are all present and accounted for along with two newcomers Rowan and Lianna, rightful heirs to the Kingdom of Aytolis. Unfortunately, Ike and Roy (two of the most popular Fire Emblem characters) are nowhere to be seen, but one can only assume Nintendo will eventually roll them out in DLC form.

What makes Warriors so incredibly enjoyable is that it allows you to swap between these characters at any given point in battle and the real challenge here is managing your team on the battlefield. Even in easy mode, a player won’t be able to finish the game by simply smashing the buttons on their controller. The combat in Fire Emblem Warriors is ridiculous and fast and it requires a bit of strategy to complete each task. Throughout each battle, you’ll have to skillfully deploy your troops and spread them out across the map, assigning each a specific task, which more often than not involves slicing their way through an army just begging to be slaughtered. Your allies will constantly call for your help and/or provide status updates while alerting you of possible new threats. You’ll have limited time in which to complete certain goals but by switching to a retro top-down map, you’ll be able to move NPCs around like pawns on a chessboard. It’s also well worth your time to form a partnership with a comrade on the field since bonding with an ally only increases your strength thus increasing the chances of survival for both parties. And like in Fire Emblem games, if the bond between two characters increases, a support conversation will be later be unlocked. As a result, the game relies heavily on teamwork which makes Fire Emblem Warriors a perfect game to play in co-op mode with a friend.

Fire Emblem Warriors gives you the choice to swap between difficulty modes at any time making this a great game for newcomers and experienced gamers alike.

Each character has their own style of combat and a unique arsenal which can include a sword, a lance, an axe and so on. Fire Emblem Warriors also features a ‘rock, paper, scissors’ battle system that encourages you to switch between characters more regularly. It’s crucial to pay attention to the weapon triangle, especially if you are playing on hard mode. Characters who face off against units using an opposing weapon type will gain a slight advantage or disadvantage based on what weapons are employed. Outside of the swords, axes, and lances in the triangle, the game also features units that use bows, tomes, and dragonstones. Meanwhile, other characters rely on magic and others have the ability to heal allies. Weapons are also found on the battlefield and can be equipped and reforge in between missions. The Crest System is also a wonderful addition, allowing players to upgrade their warriors offensively and defensively. Meanwhile, mounted units such as Cavaliers and Pegasus Knights are playable thanks to characters like Cordelia and Camila. These characters can be useful since they can traverse special aerial routes that act as shortcuts that other characters can’t reach. Players also have an ‘Awakening Gauge’ that will steadily fill as they fight enemies and once it’s activated, characters can perform their special attack.

What’s more, Fire Emblem Warriors gives you the choice to swap between difficulty modes at any time, making this a great game for newcomers and experienced gamers alike. The ‘Casual’ mode – where fallen characters simply retreat until the next battle is obviously the easier mode but the ‘classic mode’ is where the real fun kicks in. Classic Mode is a slightly lighter version of the franchise’s long-cherished permadeath feature, meaning that the characters don’t die but instead suffer injuries that make them no longer playable for the duration of your journey. For my money, it’s the way to go as it not only raises the stakes but forces you to really think things through.

What Fire Emblem Warriors lacks in story, it more than makes up for in sheer “guilty pleasure” enjoyment

In terms of story, Warriors is a bit of a mess. Despite its clashing armies, heartstopping action, and a grand sense of romance, fans of the Fire Emblem series may be disappointed in the narrative setup. While the game is an inspired bit of production design, ingeniously conceived and skillfully crafted, what it ultimately lacks is a good script. Even with the plot twists, political drama, sexual tension, and fantastical imagery, the dialogue is downright terrible, especially during the more stoic moments when it matters most. I’m not about to summarise the plot but expect a lot of betrayals and miscommunication between the heroes and enough flirting to make you wonder how each character ranks on the Kinsey Scale. And even with a 50 percent female cast, there’s so much testosterone pumping through the game that the screen seems to sweat the male hormone. Finally, while Fire Emblem Warriors did receive a full English translation, the voice acting garners mixed results which shouldn’t come as a big surprise given the dialogue the actors had to work with. (I’ve been told, however, that Japanese voices can be made available but are locked behind a 2GB download).

In addition to Story Mode, Fire Emblem Warriors also comes with History Mode which lets you re-enact iconic battles from the Fire Emblem series on famous stages from past games, starting with the final stage of Fire Emblem Awakening. It’s a lot like Hyrule Warriors’ Adventure Mode with the end goal being the unlocking of a new costume or character.

I can’t end this review without mentioning the look of the game. Fire Emblem Warriors is gorgeous on the Nintendo Switch. Clocking in at a resolution of 1080p / 30fps docked, the cut-scenes and on-screen action provide fans with stunning animation that complements the action-packed swords-and-sandals aesthetic of the Fire Emblem series. That said, I’ve read that the “Performance” mode does drop the resolution down to 720p and boosts the framerate to 60fps. Regardless of what you choose, there’s a sacrifice to be made but either way, the visuals are candy for the eyes.

Nintendo is having quite a year and the Fire Emblem series has a lot to do with the overall success of the company thanks to Fire Emblem Echoes: Shadows of Valentia for Nintendo 3DS (a faithful remake of Fire Emblem Gaiden) and Fire Emblem Heroes, the free to play mobile game that proved a financial hit for Nintendo. Warriors may not fully please hardcore fans but it’s great for those new to the series. And while it may not be perfect in its execution, the charming cast, addictive gameplay, and various modes, are reason enough to sink plenty of hours into this game.