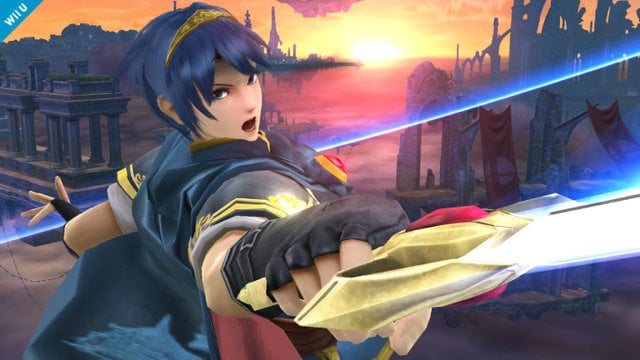 With the recent release of Fire Emblem Fates in the west  and the enormous hype surrounding it, it’s hard to think that such a powerhouse of a franchise remained a Japanese exclusive for 13 long years. However, the clever marketing campaign of another franchise powerhouse probed a western reception for a the critically acclaimed RPG series, paving a pathway for a dominating worldwide release.

Super Smash Bros. Melee released on the Gamecube in late 2001 and brought fans an action packed all-star battle royale with Nintendo’s finest including, Mario, Link, Samus, Pikachu and even old callbacks like Mr. Game & Watch. Other than bringing fans a superb fighting experience, the game is also a cleverly orchestrated marketing campaign. While Super Smash Bros. didn’t actual advertise any characters, the game brought to light a few lesser known game series such as F-Zero and Earthbound. The intrigue brought upon these two franchises allowed further installments to delve into Nintendo’s bucket o’ I.P.s to bring upon more obscure characters like Ice Climbers, R.O.B. and Wii Fit Trainer. 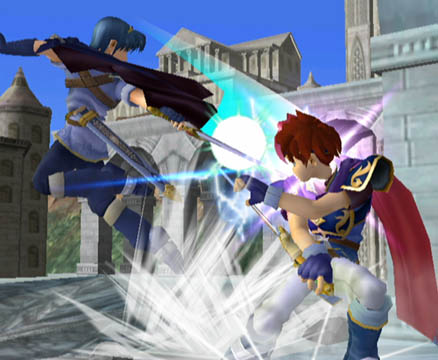 In 2001, Super Smash Bros. Melee brought two swordfighters, Marth and Roy, into the fray. These two fighters were from the tactical RPG series, Fire Emblem, which, at the time, was only known to Japanese audiences. While Marth was the protagonist of the first Fire Emblem game for NES, Roy’s game, Fire Emblem: The Binding Blade wouldn’t be released for a few months making Melee Roy’s first official appearance.

When it came time to localize Melee for a western release, Nintendo considered cutting out the sword-fighting duo as not to confuse unknowing western fans. But getting less game would not sit well with these Americans and Europeans. It was due to fan outcry that Marth and Roy remained in the game even if these fans weren’t familiar with Fire Emblem. This fan enthusiasm gave Nintendo the confidence to test the series in foreign waters. The high acceptance of Marth and Roy helped in bringing the first Fire Emblem game to the west. Known simply as Fire Emblem, the game received a generally high reception from fans and critics alike as well as high enough sales to establish a worldwide release for sequels including a console iteration for the Nintendo Gamecube called Fire Emblem: Path of Radiance. 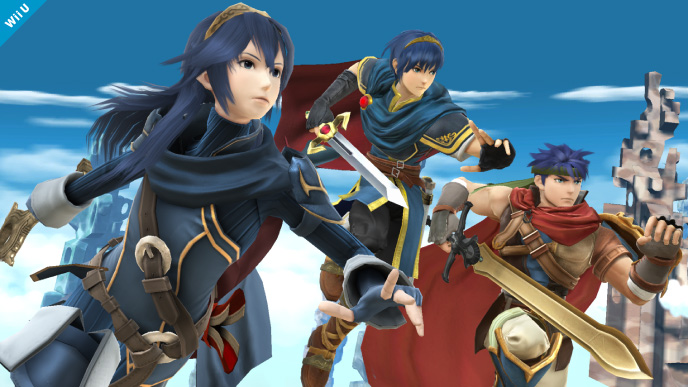 Since Fire Emblem made its worldwide debut in 2003, the series has released eight entries in the west including a remake of the original Fire Emblem from 1990 as well as a planned crossover with Shin Megami Tensei. Fire Emblem Awakening for the 3DS released in 2013 and became the best-selling Fire Emblem game to date with over 2 million units sold by the end of 2014.

Fifteen years after Super Smash Bros. Melee paved a path for Fire Emblem, the series is still be supported by the wildly popular fighting series to this day. Currently, Super Smash Bros. for Wii U and 3DS has six representatives from the Fire Emblem series making it the second most represented series, second only to the Super Mario Bros. series. SSB4 did its own marketing by offering the protagonist of the Fire Emblem: Fates, Corrin, as playable DLC months a few weeks prior to the release of Fates once again taking advantage of the hype machine that Super Smash Bros. truly is. 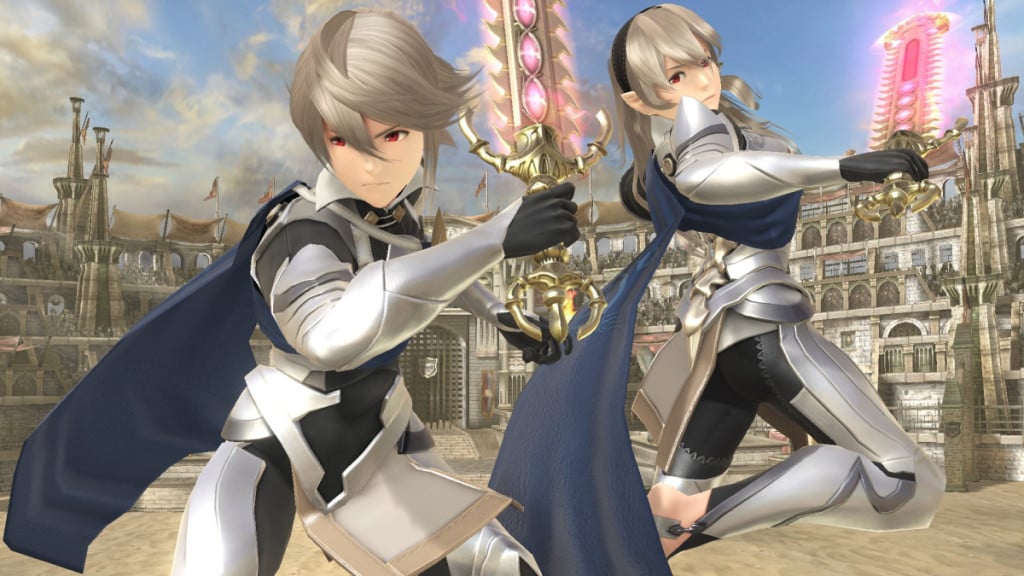 The Fire Emblem train doesn’t seem to be stopping anytime soon either. Fire Emblem Fates, with pre-orders selling out within a day, became the fastest selling game of the series upon release.  Without a doubt, Fire Emblem would have found its way overseas in due time but if it wasn’t for Super Smash Bros. Melee, the weight might have been excruciatingly longer hadn’t the classic Gamecube fighter gave the series an opportunity to give western fans a taste of their characters.