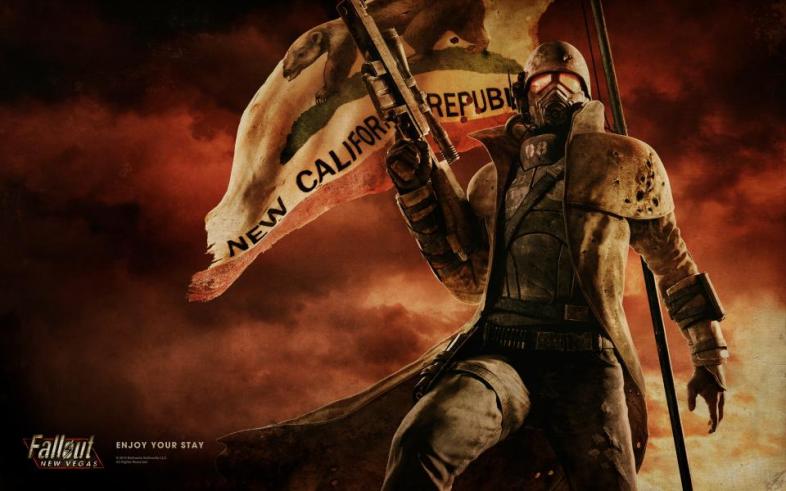 The modern day video game is nothing less than a work of art. A developer spends hours of time creating an experience tailored specifically for the gamer, who is sitting patiently on his couch with overflowing excitement. The release of these mediums of entertainment are usually highly publicized events with plenty of social media attention. Consumers generally dive head first into the meat and potatoes of the game, and soak in the hard-earned hours the creators expended. However, video game developers are afforded the opportunity to reward these users who mull over their products with careful precision.

The use of Easter Eggs in video gaming has existed for decades. They allow developers to include a little extra whit into their creation. These extras can come in the form of much needed humor in a dark universe, or a dark twist to a generally light and fluffy title. Few times through the years though, has it been executed with such perfection as seen in the post-apocalyptic series, Fallout.

Fallout has switched hands multiple times throughout its existence. These evolutions have brought us some of the most award winning games to date. They also have brought with them clever and “Fourth Wall Breaking” jabs at pop culture, with the occasional eerie endeavors into horror.

Interplay Entertainment’s 1997 hit Fallout: A Post Nuclear Roleplaying Game was the beginning of the critically acclaimed series, and with it came numerous Easter Eggs for gamers to unearth. Notable among these encounters include Officer Kenny, located in The Hub. If this character dies in battle, the game will read, “They killed Kenny. Those Bastards!” or if he is killed by the player “You killed Kenny! You bastard!”. This is an obvious acknowledgement of the animated TV series South Park, which also released that year.

Not all of these crafty coincidences in the Fallout universe were lighthearted. Bethesda’s continued rendition of the series, Fallout 4, was riddled with dark and twisted surprises. Players who explored the North End of post-nuclear Boston can run across a place titled, Pickman’s Gallery. Without spoiling too much, the player discovers the inside is decorated with art. Art that is formed of human entrails and body parts, that is. This particular Easter Egg pays homage to early twentieth century horror writer, H.P. Lovecraft. His original story, entitled Pickman’s Model, takes place in the same location. It delves into the basement of a dark and twisted artist by the name of Richard Upton Pickman, and delivers an equally frightening conclusion.

Beyond those listed here, Fallout’s hidden content covers a plethora of different universes. These range from the cult favorite TV show Doctor Who, to other games like the Elder Scrolls series, and everything in between. Fans of the series will be offered yet another DLC for Fallout 4 come August 30 with Nuka-World, and with it they surely hope to see a continuation of Bethesda’s dedication to well thought out Easter Eggs.