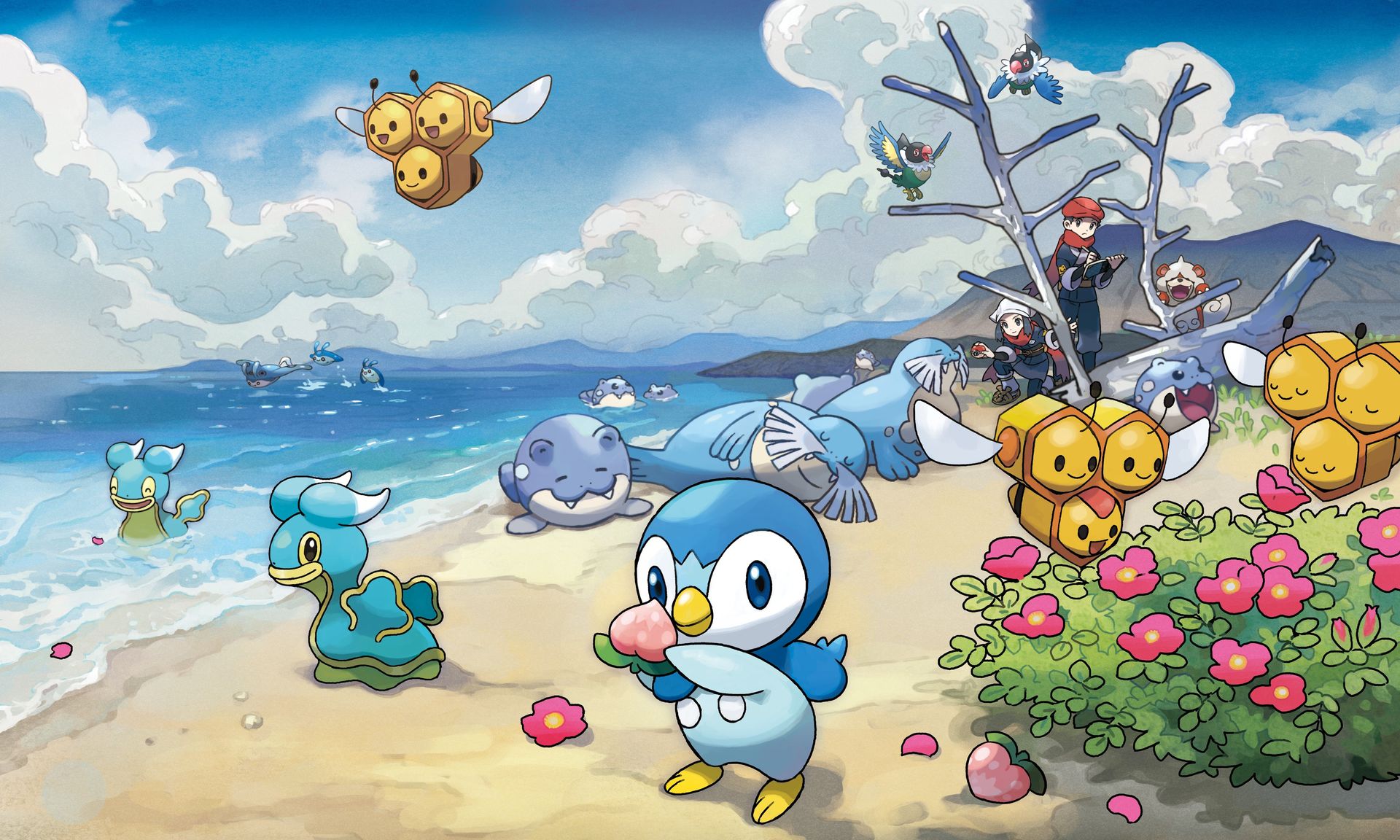 The Pokémon world is evolving as the ancient days of Sinnoh reign above audiences. While dedicated trainers head into the Hisui Region to meet the mythical creature who created the world, casual players picking up Pokémon Legends: Arceus should be aware that the franchise’s latest title is almost incomparable to its predecessors. Under its shining new action role-playing mechanics, the latest Pokémon adventure has plenty of unexpected structural changes to its gameplay that players should know about. These are the essential things you should know before beginning your first playthrough of Pokémon Legends: Arceus.

Right off the bat, Pokémon Legends: Arceus immediately strays from the franchise’s main focus of fighting trails before taking on a regional league. There are no gyms or champions to be found in the Hisui region; only villagers who are afraid of Pokémon. As a researcher from a distant time, Pokémon is Legends: Arceus has players locked in on completing the Pokédex and solving the region’s biggest ongoing mystery. Catching em’ all is the player’s ultimate test to impress their friends, professor, and above all else the almighty Sinnoh being.

Without gym battles and HMs to unlock, Pokémon Legends: Arceus leans on the Pokédex to create a proper flow of progression. The encyclopedia provided to players by the Hisui region’s Professor Laventon is the sole piece of documentation that allows players to prove their worth and climb through the ranks of Galaxy Team’s Survey Corps. However, owning one Pokémon from a species is no longer how players are able to complete dex entries. Like an actual encyclopedia of animals and critters, careful research is needed to fill in the informational gaps.

Each Pokémon has a dedicated list of tasks the player must complete to fill in their Pokédex entry. While players will not have to complete every task listed on the checklist, they do need to complete a variety of them to file them as fully researched. Never forget what the game’s opening tutorial shows you in terms of analyzing Pokédex entries! After locking on to a Pokémon, hit down on the d-pad to instantly see what tasks are left to finish.

Missions In and Out of Jubilife Village

At the beginning of Pokémon Legends: Arceus, Jubilife Village is seemingly a tranquil hub where the player will want to immediately dip from after preparing their party and items. However, before getting started on heading out to the field after finishing the game’s first few missions it is best to poke around the small village and discover sidequests. Once the player gains access to sidequests, the town will begin parading new objectives at nearly every corner. Before you end up in the first area catching Pokémon for hours, it is best to find out what some NPCs might be looking for so you can multitask.

Jubilife Village is not the only place though where players will find missions to complete. Out of almost 100 sidequests, there are a substantial number of missions waiting to be unlocked while exploring the Hisui region. Many of these NPCs are placed in locations that are near landmarks of interest or base setups the player can fast travel to. Just remember to switch up the time of day when looking for these sidequests! Like Pokémon, villagers with missions will come and go depending on the time of day it is when exploring.

There is No Battling With Freinds

As odd as it may sound, there is no way to currently battle friends in Pokémon Legends: Arceus–and we mean at all. At its core, Legends: Arceus is a single-player experience that revolves around creature collecting and documentation. Even though it makes sense that the Hisui region would not have a dedicated Pokémon League or eight gyms yet, it is currently impossible to battle friends locally or online in any capacity. There are far and few trainer battles to experience in Legends: Arceus already, so do not expect combat to become the game’s sole focus as you finish up story missions and exploring full zones.

The Penalties For Blacking Out Can Be Steep

In previous Pokémon games, after a full party faints in battle players would blackout and find themselves in the last Pokémon Center location they visited. Typically, the standard penalty for blacking out would be a small sum of Pokédollars from the player’s reserve, however, Legends: Arceus goes beyond just currency. The penalty for blacking out can be extremely steep this time around. From stashes of Poké Balls to pricey healing items the player purchased, Legends: Arceus will rip items away from the player with no remorse.

So you blacked out and lost 50 Poké Balls, a couple of Super Potions, and maybe a revive or two. Rather than getting upset over the loss of valuable items, every player should not lose hope of seeing their reserve again. Introducing the game’s one online component outside of trading, Lost Satchels can be found across the Hisui region where players met their demise. Lost Satchels allow online players the opportunity to rescue another researcher’s gear while collecting a small stash of items. Track down lost satchels with the Arc Phone’s map screen, help a fellow trainer out, and reap the rewards!

Pokémon Do More Damage Than Ever

Just because the party is ten levels above a wild threat does not mean no threats are imminent. In Pokémon Legends: Arceus, Pokémon deal far more damage than ever before. The ability to tank through a wild Pokémon with ineffective moves has become far less doable. Keeping a reserve of potions and revives is critical to surviving some of the game’s tougher threats–both of which are given out through plenty of the early missions players can complete. As stated before, be sure not to miss the chance to obtain as many sidequests as possible so you can easily begin building a reserve of health items!

The Tall Grass is Your Greatest Ally

Before Legends: Arceus, every Pokémon game had made one thing clear to players: trainers should beware of the tall grass and never enter them without a partner. However, after over 25 years the tables have finally turned. While Legends: Arceus does not have a stealth system as complicated as Metal Gear Solid or Splinter Cell per se, staying hidden and quiet in the tall grass can help the player avoid unnecessary conflicts. Many wild Pokémon will be alerted to your presence from a distance, but you can stay out of their field of vision by crouching in the high grass patches the Hisui region has. If a speech bubble appears over a Pokémon’s head, crouch and stay still in the grass or traverse slowly.

Berries Are The Best

Like previous Pokémon games, berries are fruit from a variety of plants that the player can harvest over the course of their adventure. Legends: Arceus still gives berries a multitude of effects and purposes, yet their usage has also extended into strategically catching Pokémon. The collectible fruits can still be used as status-changing items and crafting materials, but now they can also be thrown as distractions. By shuffling through your satchel where you would normally throw Poké Balls, players can chuck berries towards Pokémon to grab their attention.

It is also important to note that each type of berry can come with a different effect. If you want to know each berry’s effects on a Pokémon, simply open up the satchel menu and hover over the item to see its description. Use the right berries and Poké Balls to save materials and avoid danger!

No Hold Items, (For The Most Part) No Problems

Pokémon Legends: Arceus made quite a few changes to the traditional battle structure, but one questionable change that will throw veteran trainers into disarray is the lack of hold items. While wild Pokémon can still drop items after being caught or defeated, the party cannot be decked out with status-changing foods or objects. Pokémon stats alone are what players must rely on to create their perfect team. At the very least, this change will have players no longer worrying about obtaining select evolutions through held items. Pokémon like Dusclops can now turn into Dusknoir by simply giving them the Reaper Cloth from the satchel!