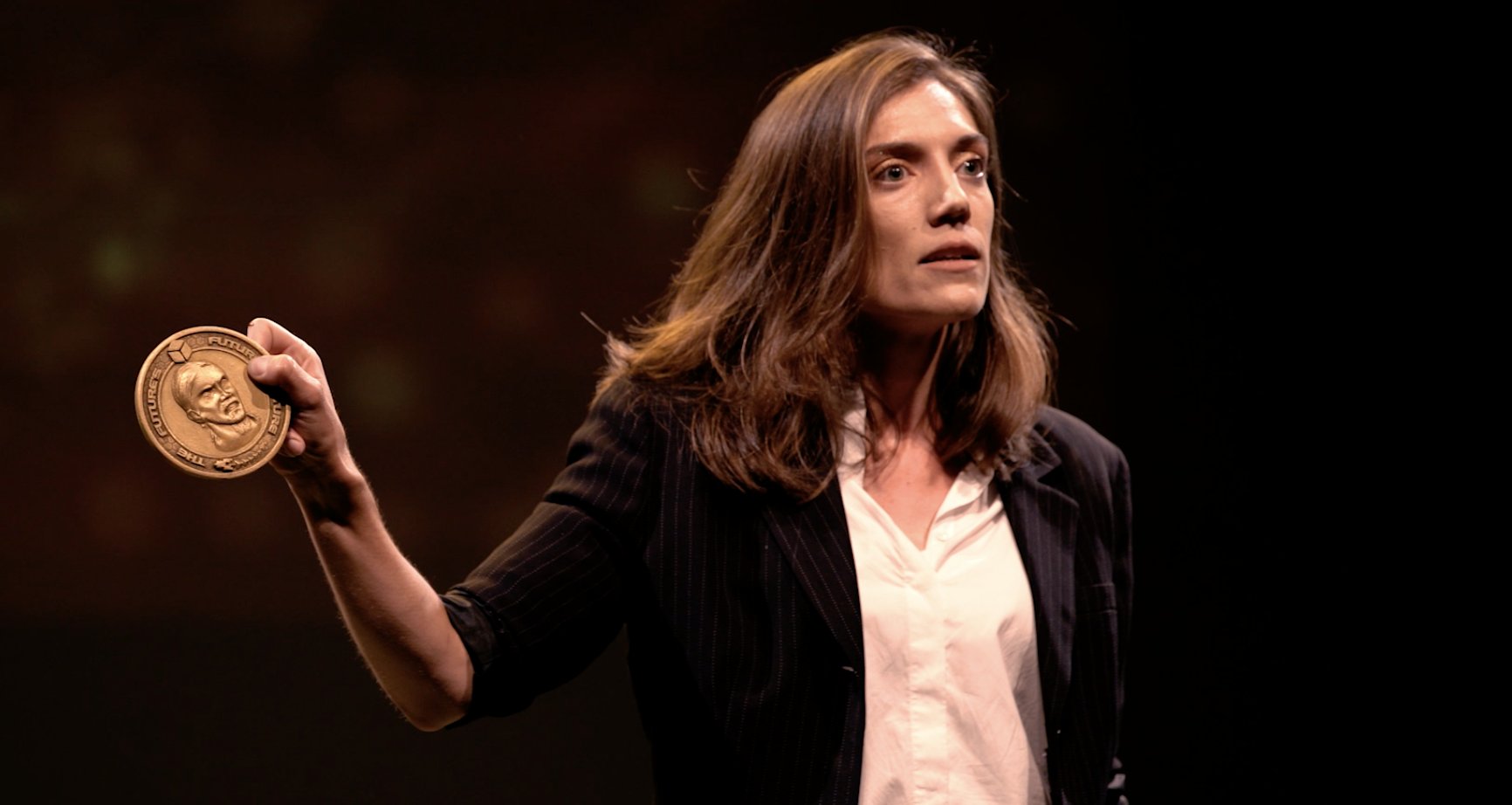 Last year Devolver made the surprise announcement that they would be hosting their first-ever E3 event. In regular Devolver fashion, this was nothing short of batshit insane and has gone down as one of the weirdest E3 events ever released. However they’re back and once again terrifying, broadcasting once again from the Dave Lang Memorial Center, and once again things went horribly wrong.

The show kicked off with the supposed new CEO for life, Cinco Miller, delivering inane babble about nothing and threatening the release of a Battle Royale game. For a second, it seemed like things might be normal till returning hero Nina Struthers appeared from nowhere and snapped Cinco’s neck. She then proceeded to launch into a tirade about how modern marketing is pretty darn confused about why people spend money on anything, insulting the audience while the exact same stock footage from last year’s show played.

She also mentioned that they recieved a pile of “un-requested and unwanted” feedback on last year’s show and that they should actually show some games this year. She responded by declaring that, yes, there would be fancy meaningless graphics and nonsensical guests (featuring a noticeably concerned Greg Miller)

At some point she did finally get around to announcing SCUMM, a multiplayer survival game still in Alpha. The trailer was set in the style of an American reality TV show and featured defecation, attempted murder, actual robot murder, and the final tease of zombies. It also ended with the announcement of an August Early Access release date. 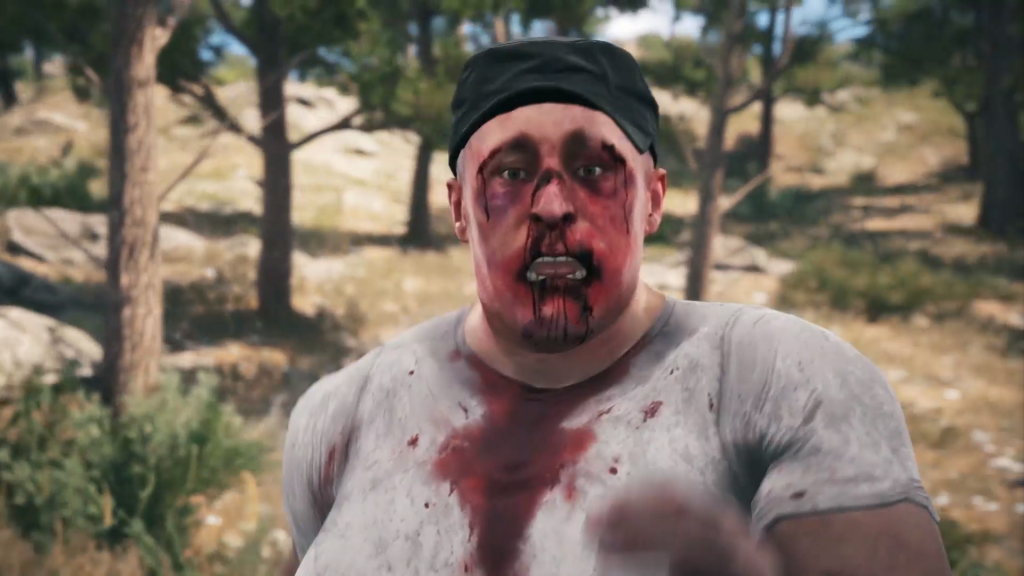 The madness then returned to the stage where Nina announced Devolver’s foray into cryptocurrency and lootboxes, with the creation of the LootBoxCoin. This is a real thing that you can actually buy right now, although Struthers promised that the price would “fluctuate wildly for no reason” and that may be true since the price between the announcement and me writing this has changed. 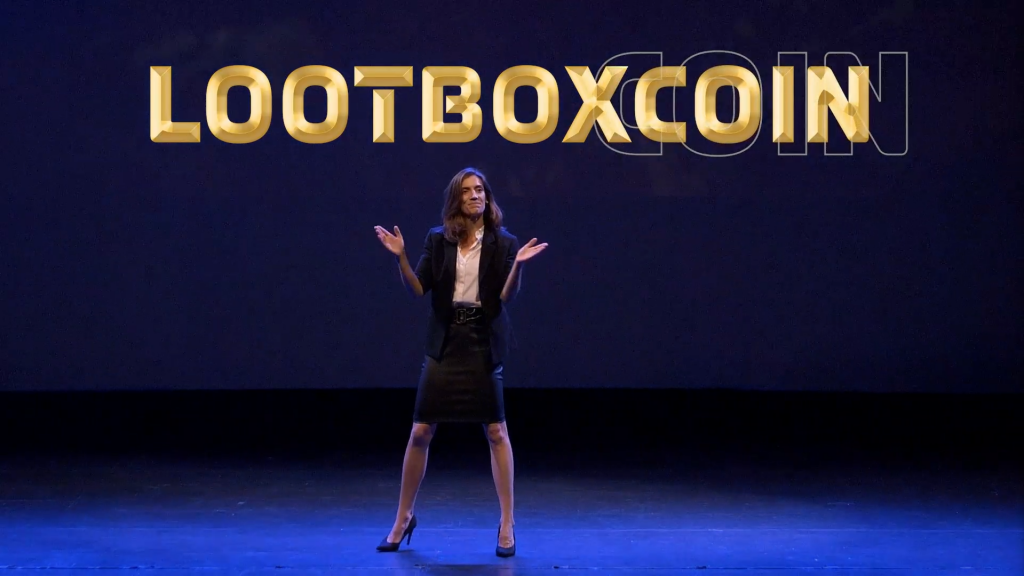 Then she set a man on fire for correcting her pronunciation of “gif”. 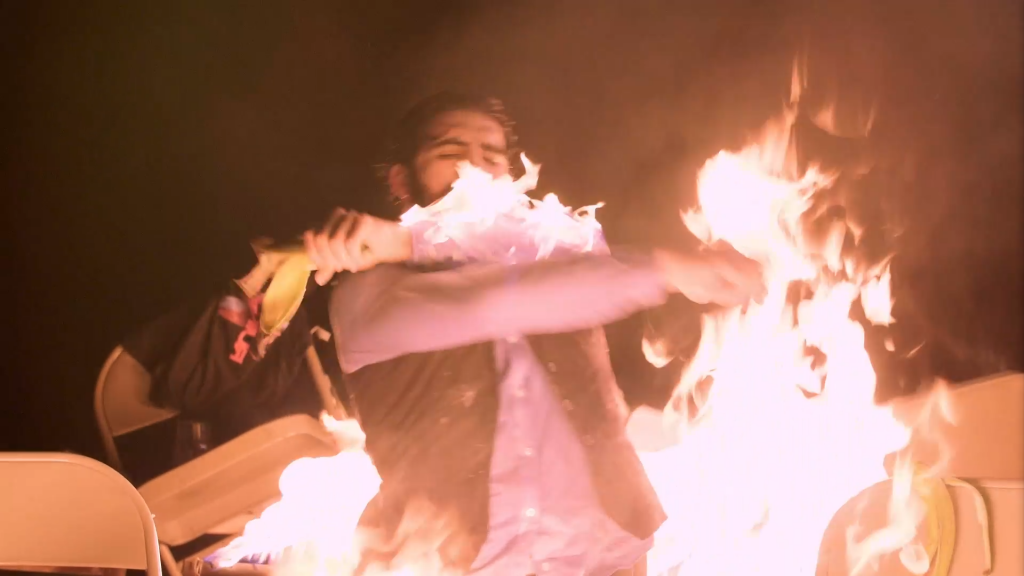 The next gameplay reveal was a full trailer for the much-hyped My Friend Pedro, which appears to be taking the ultra-stylish kills of Hotline Miami and placing them on a 2d plane.

The game looks great, letting you dance around in a deadly ballet while shooting at everything that moves. There’s also a variety of trick-shots, like rolling on a skateboard, smacking someone with that skateboard, and shooting them, or shooting a frying pan in the air and using it to ricochet bullets into bad guys. Unfortunately no release date, but it is coming to PC and Switch later this year. 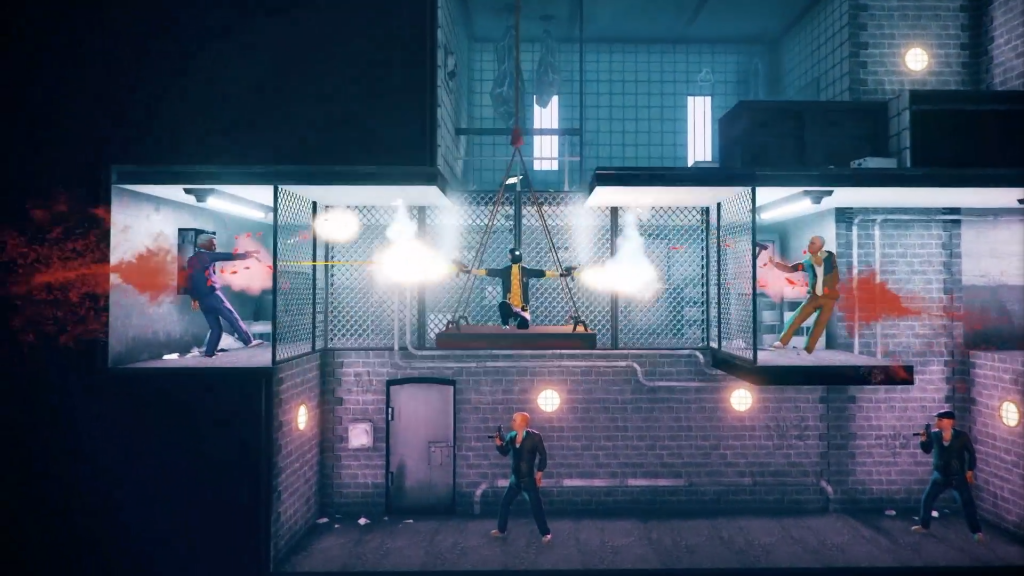 Next was the “reveal” of the Devolver Classic Game console, an attempt to cash in on the recent success of retro consoles like the NES and SNES minis. However, it was revealed (possibly by Struther’s son, who was then beaten on stage) that the console was just a painted Sega Genesis, which somehow transitioned to the announcement of the Western port of Metal Wolf Chaos. This made one fan so happy he ripped off his own head, showering Struthers in gore. 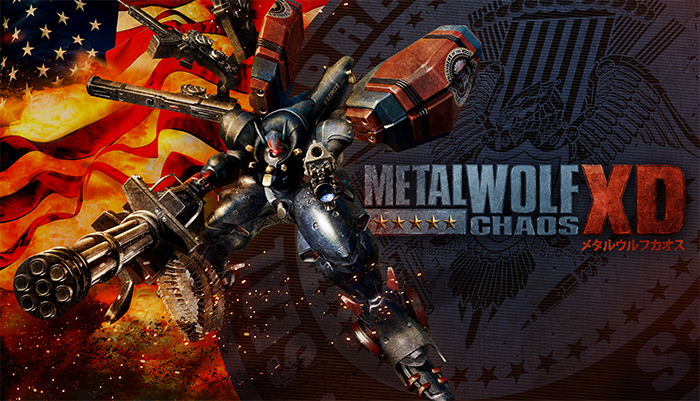 Metal Wolf Chaos was a mech-action game released only in Japan on the original Xbox. Despite its release audience, you play as the mech-powered president of America, battling off the forces of a coup to save his country. Seems suitably insane for a Devolver release, and the HD remake, featuring English voice acting, is expected later this year for X1, PS4, and PC. 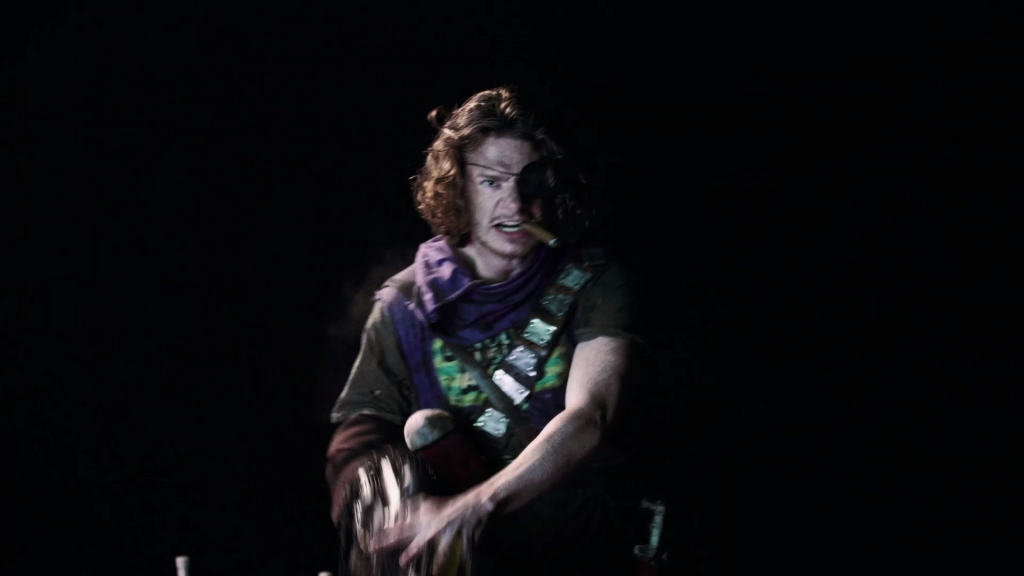 Speaking of robots at this point the show ended only to be interrupted by the one-arm man from last year. Now his missing arm mounted a machinegun which he used to tear Struthers apart. We were then treated to a shot-for-shot remake of the scene from Robocop where Murphy becomes the titular character, only to be left with a tease for next year. If nothing else, at least when Devolver is insane they’re consistently insane and it has done a good job of building hype for next year’s show.