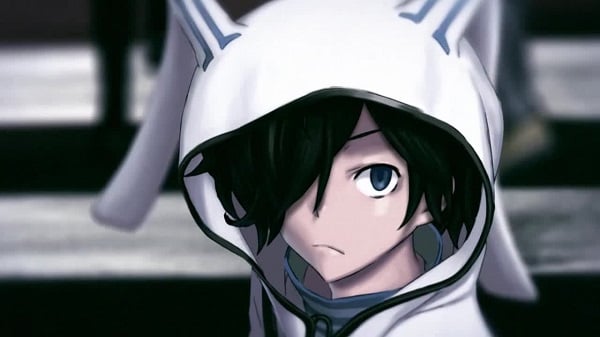 Let’s get right down to it.  If you like strategy games, RPGs, and anything in between and have never played Atlus’ Shin Megami Tensei: Devil Survivor 2, you should.  If you have played SMT: DeSu 2 and you liked it, you should still pick up Shin Megami Tensei: Devil Survivor 2: Record Breaker, the enhanced 3DS remake of the 2009 DS title.  Despite being a sequel and a remake, DeSu 2 RB has a lot to offer old fans and new comers alike and is exceptionally approachable to those unfamiliar with the franchise or even the genre.

A mysterious website called Nicaea, which shows videos of how your friends will die, helps the user and his friends evade death, having them forge a pact with a demon to do so.  Now, the world is ending and it’s up to the protagonist and company to figure out what the devil is happening and how to put an end to it.  Wrapped up in the center of the mystery are Nicaea itself, which gives users access to demons with which to fight, and a government organization simply known as JP’s.  Working together with JP’s, the protagonist and his allies must use the demons they’ve befriended to defeat hordes of demons and the Septentriones, seven creatures named after the stars of the Big Dipper, hell bent on destroying Japan and the world.

And that is just the first half of the game.  From the beginning, the player can choose to either play through the original story, the Septentrione Arc, from the original DS version, or start with the all new sequel story arc, the Triangulum Arc.  The new, thirty plus hour Triangulum Arc comes equipped with a brief recap of the Septentrione Arc if players want to hop right in to the new content. With player choice impacting the direction of the story, a revised script, and all new, acceptable voice acting (easily skipped over if you are still concerned), replaying the original story arc might be worth giving a shot.  Perhaps more importantly, despite being a sequel, DeSu 2‘s story is completely independent of the first Devil Survivor game, making this a great entry point. While the complex story is intriguing and capable of possessing one’s attention, the solid gameplay at the core of the game is what makes DeSu 2 RB worth playing.  What starts as a simple strategy RPG, directing characters around a map and having them tackle enemies (not unlike Fire Emblem), beautifully unfolds and expands as the player progresses.  Each character can be paired with up to two demons, each complete with their own strengths, weaknesses, and skills.  Within time, each battle becomes an effort to utilize each character’s (and their demon’s) strengths and skills, unlocking new skills, and collecting bonuses by defeating enemies under specific parameters.  Though this level of strategy isn’t necessary, it gives the player something to strive for while offering rewards for strong, tactical choices.

The time spent between battles can be fun as well.  Early on, Nicaea, which operates as the central hub for the game, will come out with an auction app, a fun way to collect new, often stronger, demons.  Equally enjoyable is that demons can later be fused together to create strong, previously unobtainable demons.  The fusion process is simple, allowing the player to see what demon will result from the pairing, and allowing them some control over what skills and abilities the new demon will adopt from the parent demons.  The new demons can then be tested in “Free Battle,” a battle mode which doesn’t progress the story, but still allows the player to level and collect new skills and rewards.

Less enjoyable than the auction, fusions, and free battles are the Fate episodes, which allow the player to interact with party members and improve their relationship in what’s called the Fate System.  The stronger the bond between the protagonist and party member, the more the two can contribute to one another and assist in battle.  For example, when trying to unlock a specific skill, done by defeating a demon with a predetermined character, should the protagonist and party member have a high enough fate level, that skill will unlock for both characters if either defeats that demon.  These episodes, which often progress the story and develop the characters, are a little dull and get repetitive (we get it, you want to go home, or you want to know what’s happening to Japan). The game gives the player a limited amount of time in each day, each activity the player chooses to participate in typically corresponds to a thirty minute period.  This does leave the player with an interesting choice in who’s Fate level to focus on and what story lines to follow.  This certainly provides replayability, as the choices you make will have an impact on the story.  It’s important to save frequently so you don’t miss any limited time battles or events by picking an event that matters less.  Where the decisions you make get really juicy is when the game puts life and death in your hands and lets you choose who to save from the death that Nicaea predicts, and who to abandon to fate.  If you aren’t careful with time, you might miss the opportunity to save a character.  Which might be your goal?  For the sake of science, I even opted to let myself die at the very start of the game, rather than make a pact with a demon.  To the game’s credit, it actually let me ignore the lifeline and die, resulting in a humorous game over.

The only other slight misfire in the game is its assumption that the player is familiar with the geography of Japan and can remember each of the character’s last names.  At several points in the story, the player will visit different cities and sites in Japan which will lead characters to certain conclusions that are difficult to make as an ignorant Westerner unfamiliar with Japan.  More annoyingly, every once in a while a character will mention another character by last name after the game has only used their first name for hours on end, leaving you literally guessing about who is being talked about.

These are only small scruples in what is overall a very well-crafted JRPG.  With upwards of 120 hours of gameplay, there is a ton for both returning players and new to experience.  Great gameplay that falls somewhere in between Fire Emblem and Pokemon keeps the game from getting dull, and slower moments can typically be hurried through.  Don’t let its stereotypical, hyper-Japanese sounding name scare you away, Shin Megami Tensei: Devil Survivor 2 Record Breaker is an excellent representation of a player choice, strategy RPG and an approachable entry for newcomers to the series and genre.  Other than those looking for a shorter title, this is one remake you will definitely want to look in to.