‘Tis the season to be jolly, and what a season it is: The Last Guardian, Call of Duty: Infinite Warfare, Battlefield 1, Fifa 17, Dishonoured 2, Final Fantasy XV are just a few of the titles gamers around the world will discover under their Christmas tree. A new adventure awaits those willing to accept the challenges ahead, but exactly what challenges are we talking about here? The thrill of completing Dark Souls is a victory in itself; crack open the sherry and mince pies, you’ve earned it. However, for many this simply isn’t enough: better pop that cork back in. There are those that thrive on the sound of the “ping”, a signifier of achievement and a justification of self-worth in modern gaming. If you hadn’t already guessed, I am, of course, referring to PlayStation trophies.

Where the casual gamer might ignore the significance of the trophy system, the self-proclaimed trophy hunters search far and wide in the vast expanse of the (game) world for the acclaimed platinum trophy: a (supposedly) concrete indicator of 100% completion. Every challenge completed, every secret discovered, every pointless waiting exercise in a fictional pub accomplished; trophies come in many different shapes and sizes ranging from the difficult to the downright bizarre, and it’s up to the brave trophy hunters to attain them all. It begs the question: do trophies drastically change the way we play games?

It’s no secret that video games are expensive, and they should be, but trophies are a great way to justify a potentially pricey purchase. Developers that empower their audience with tough in-game narrative choices encourage replayability that, in turn, helps to enrich and compliment trophy integration. Simple binary opposition tasks the player with adopting a particular in-game stance they may choose to portray for the rest of the game. Simply put: do you nuke the town, or don’t you? There’s a trophy for either choice, but the more curious gamer out there might want to see both outcomes. The more nefarious trophy hunters out there might exploit the flexible saving system, but it might harm, or bastardize their chances for a rewarding second playthrough from an alternate perspective. Trophy hunters will stop at nothing to capture their prey, and you can be sure that a game like Until Dawn will not have been overlooked this Christmas. 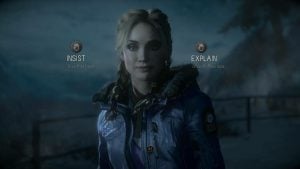 Variety is the spice of life

None of us want to enrage Santa Clause, so be a good boy/girl and reap the rewards of varying playing styles. Different classes require specific skills, and whilst they might offer tantalizing glimpses of wide-ranging powers they can ultimately revert a player back to their preferred and safe choice: once a warrior, always a warrior. A title that dishes out trophies for utilizing the various skills and feats of differing classes is a sign that the developer wants people to truly experience their video game, and it should be welcomed with open arms. The recent remaster of Skyrim is the obvious candidate for this paradigm as it now offers the player a chance to diversify; you’ve experienced a Nord, why not try your hand at being a Bosmer and the challenges that come with that choice? Trophy hunters will need to be in top form if they find Skyrim in their stocking.

Trophy hunters know their stuff, they’ve been in the game for some time now. With countless wikis and guides spread across the internet, it’s no longer a strenuous task to uncover a list of trophy requirements for any game – there are even sites that rate the trophy attainment difficulty level. Some might call these cheaters, but when some of the trophies are that cryptic, who can blame them? Just remember: he’s making a list, and checking it twice; gonna find out who’s naughty and nice. Enter multiplayer trophies: the crapshoot of the trophy universe. The safety and predictability of the single-player parameters are stripped away leaving a chaotic frenzy in its wake.

The single-player trophies might not have been difficult in Tomb Raider for your average trophy hunter, but what happens when they’re all pitted against one another? Ironically it might be the casual gamer who benefits from a multiplayer environment; the same casual gamer that prevents a trophy hunter from unlocking the coveted silver trophy: reaching level 60 in multiplayer. This approach has proved divisive amongst modern gamers: do multiplayer trophies alienate single-player trophy loyalists? We shouldn’t be so quick to condemn multiplayer-focused trophy hunts if we truly want to understand the values a trophy upholds: an opportunity to see everything a game has to offer. 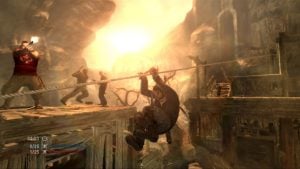 A time for giving

We should be grateful that we have the choice and opportunity to “kill 4 enemies with a single use of Soldier: 76’s tactical visor in quick or competitive play” in Overwatch. Instead of moaning how the character doesn’t suit your particular playing style, why not seize change and embrace its advantages. We should be rewarded and surprised as we hear that “ping” when we “play with the lemur in the market and let it steal your apple” in Uncharted 4. We should celebrate the fact that developers are incorporating trophies into our childhood classics like “complete the “ALL ROBOT RUSH!” Challenge” in the Mega Man Legacy Collection. This Christmas, why not show a loved one how you earned the gold trophy for completing Call of Duty: World at War on veteran difficulty. Trophies do change the way we play games, but only if you let them, for better or for worse is up to the individual. Enjoy your games this Christmas however you want to play them, trophy or no trophy, it’s not a competition…

Unless you’re embroiled in an intense trophy war, then it’s a bit different. (to be continued)