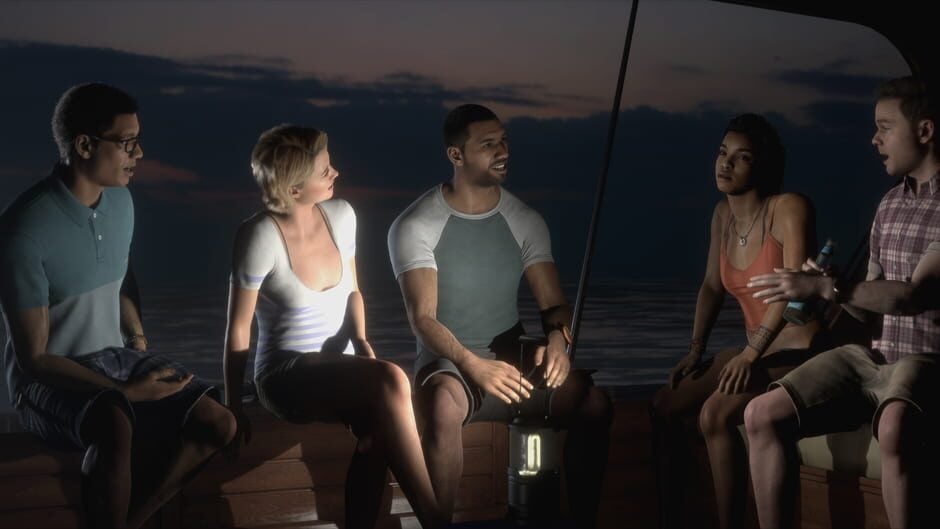 The Dark Pictures Anthology: Man of Medan May Be Messy, But It’s a Blast

Despite the ups and downs of the last few years, 2022 has proven so far to be a blockbuster year for gaming. Massive AAA experiences like Elden Ring and Horizon: Forbidden West characterized the late winter, and the back half of the year is still stacked with incredible role-playing games releasing one after the other. In the midst of all this is Supermassive’s The Quarry, the studio’s highly-anticipated follow-up to Until Dawn. Impeccably cast, perfectly acted, and gorgeously animated, The Quarry is the sleeper hit of the summer and the perfect way to spend a few weekend nights. But as incredible as The Quarry is, it is worth remembering that Supermassive has been quietly refining its style of interactive cinematic storytelling over the last few years with The Dark Pictures Anthology. Man of Medan, the first game in the anthology, is an excellent bridge between Until Dawn and The Quarry despite its flaws.

Supermassive has been setting a high bar for interactive storytelling for years. For the uninitiated: Supermassive specializes in highly cinematic third-person games that feel like playable movies. Throughout Until Dawn, the games in The Dark Pictures Anthology, and The Quarry, players swap between different characters, explore detailed environments, and make binary choices that influence what they see and do next. Some choices have massive ramifications, and some are largely inconsequential, but the magic trick that the developer pulls off (for the first playthrough, at least, of any given game) is that every choice really feels like it means something. Recently added to PlayStation Plus as a free monthly game for subscribers, Man of Medan does things a little differently than the other Supermassive games.

Right out of the gate, it is clear that The Dark Pictures Anthology will be a much more experimental series than their greatest hits. So far, the anthology consists of three distinct games, with one more on the way. If The Quarry is a player’s first experience with the developer, parts of Man of Medan might feel charmingly anachronistic. Man of Medan is a little clunkier, a little less polished, and features less instantly charismatic characters than Supermassive’s other efforts. The game leans extremely hard into the conceit of breaking the fourth wall with the Curator, who introduces the anthology and interrupts gameplay to dissect the player’s choices from time to time. But Man of Medan still feels distinct and is a logical next step for Supermassive following the success of Until Dawn.

Man of Medan‘s plot is significantly more convoluted than Until Dawn or The Quarry. The game follows a group of young adults on a diving trip gone awry. Instead of a fun, boozy cruise filled with leisurely scuba swimming and romance, the five main characters find themselves kidnapped by pirates and subsequently trapped aboard a seemingly haunted ghost ship as a massive storm sweeps over the ocean. It is clear that something horrifying happened aboard the rusting hulk, and uncovering the mystery at the heart of Man of Medan will likely take multiple playthroughs as well as a thorough exploration of the darkest corners and hallways.

The environment is rich and exceedingly creepy, though the narrow hallways of the ship start to feel repetitious after a few scenes. And while Until Dawn certainly had its share of jump-scare moments, Man of Medan features a few too many; often, a player will be given the option to peer into a vent or pick up a collectible only to have a scary face flash into the frame or a music sting blare. This builds an extremely tense atmosphere, even if Man of Medan falls a little flat when it resolves. Not to say that the game isn’t scary overall; the feelings of dread and paranoia are extremely well-crafted, particularly if the player is afraid of the deep ocean and all of its associated horrors.

If Until Dawn was a proof of concept, and The Quarry a clear refinement of an established formula, Man of Medan feels like an interesting diversion. The scope of the game is much more intimate than Until Dawn. Man of Medan has only five playable characters, significantly fewer than Until Dawn or The Quarry. And while the plot feels scattered at best, the ability to replay scenes from different perspectives (via the Curator’s Cut DLC, available for every episode in the anthology) gives the game a unique feel. Performances feel nuanced, albeit nowhere near the level of Supermassive’s most recent effort. The whole package has a dreamlike quality, as though the player is hearing a tale told to them by a master storyteller who has lost a step. It feels as though Supermassive made a real effort to dial down the scale after the star-studded Until Dawn, and while Man of Medan initially feels like a disappointing next step due to its size, it ends up feeling more approachable and replayable as a result.

Man of Medan, despite being a few years old at this point, holds up extremely well and is worth playing through. It is an ideal game for players new to gaming, especially with the ability to enjoy a kind of multiplayer and with the introduction of a couch co-op mode (not present in Until Dawn and ultimately refined with The Quarry). It’s often shlocky, but like a great scary movie released in the dead heat of summer, an ideal way to enjoy a few chills.

At the very least, Man of Medan provides another excellent cover of the song “A Conversation with Death“, and that is always worth celebrating.