Anyone and everyone is familiar with System Shock 2, the massively influential sci-fi horror title that’s the direct predecessor to Dead Space, Bioshock, and Alien: Isolation among others. But people sometimes forget that the 2 in System Shock 2 means there’s a first one, and the original Origin title sometimes goes overlooked. Thankfully there’s Nightdive Studios, remaster experts currently, albeit slowly, working on a full remake of the original title. While that project has been pushed back, the team has been able to finally complete a full source port of the original title, and if you haven’t played it yet this might be the time to give it a shot.

For those not in the know, a source port is when the original source code of a game is updated to work on a different operating system than originally intended. Most modern games don’t need this, since Windows has basically been the same since XP, but older games, particularly pre-Windows titles often need to be updated for more modern systems. However this requires the original code to work, and while some games like Doom or Quake had their code freely distributed, lesser known titles like System Shock can go forgotten or, in the case of Homeworld: Cataclysm, the source code can actually go missing. 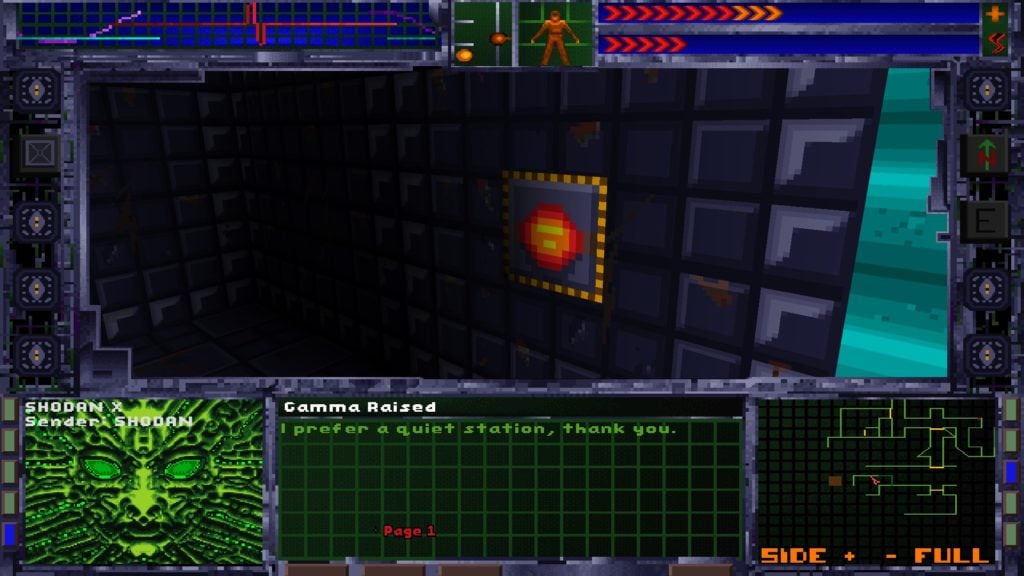 SHODAN will occasionally appear to speak to you, now fully voice-acted

As for System Shock, like it’s sequel it’s an immersive horror sim with strong cyberpunk overtones. You play as a hapless hacker, recruited then arrested by TriOptimum Corporation to work on their Citadel Space station, where you secretly reprogram the station’s AI SHODAN. After sleeping off a medically induced coma you wake up to find everyone dead and SHODAN running the station as a mad god, intent on blowing up Earth and wiping our humanity. You need to stop her by fighting your way through mutant hordes and hacking into the station’s cyberspace modules, all while staying alive.

The gameplay was way ahead of its time. Coming hot off the heels of the Ultima Underworld games, it featured a similar first-person point of view in a 3d world. The controls take a bit to get used to, especially switching between using the mouse to look around and using it to interact but after some adjustment, it becomes fairly natural. Nightdive have done a good job of modernizing the game with a more fluid control scheme around WSAD and implementing smoother leaning and mouse interaction to make the game even more palatable. 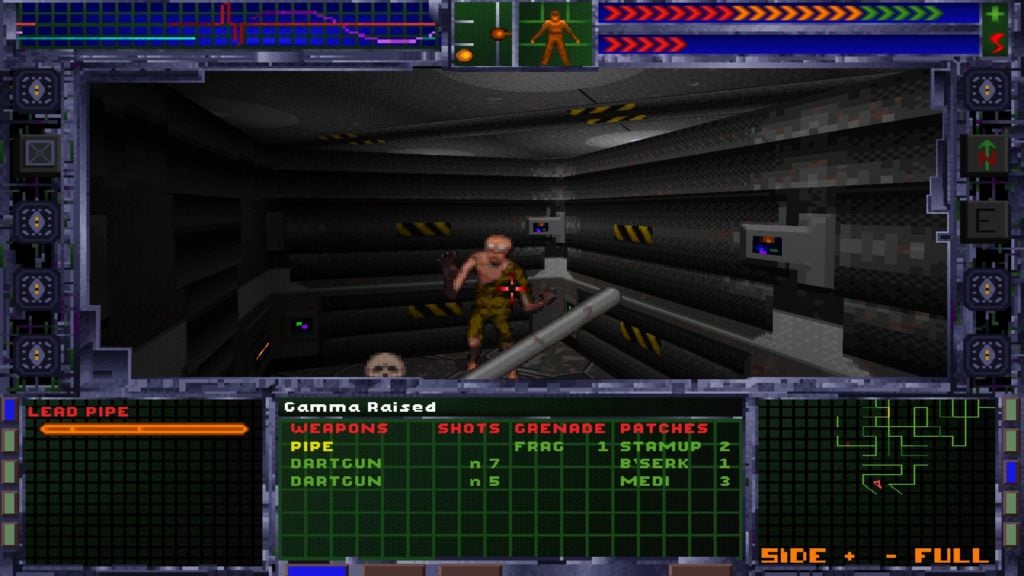 The creepy mutants of Citadel lurk around every corner

Finally, there’s the improvements that the new source port brings to the table. For the first time ever the game can be played in modern widescreen resolutions, up to 4k resolutions as well as a borderless window mode. The controls are finally re-bindable and mouselook is now totally implemented correctly. The FOV can be adjusted and there’s been a tonne of bug-fixes from the original game. Last but not least this newer version of System Shock also allows for player-made mods, possibly inspired by the recent release of the first ever mod campaign Re-Wired, and opening the doors for future content.

We’re still, unfortunately, a long way off from either the complete remake Nightdive are working on, or System Shock 3 being worked on by Warren Spector and Otherside Entertainment, featuring by far the creepiest version of SHODAN to date. However, while we await those titles it’s never been a better time to revisit the classics, and thanks once again to Nightdive, it’s also never been easier.