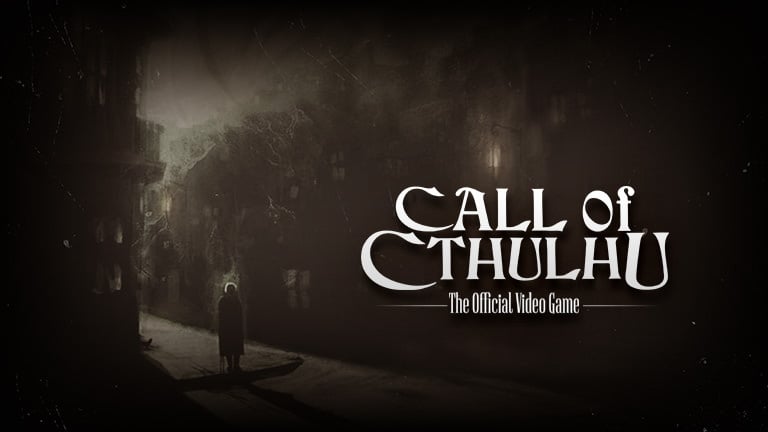 *Spoiler Warning* This article contains mild spoilers for the ending of Darkest Dungeon and the book The Call of Cthulhu.

There exists an unbridgeable gap between the works of Lovecraft and video games. A stygian void that no being comprehendible by man has ever crossed. This infinite gulf is the impossibility of creating a video game that reflects the cosmic horror genre Lovecraft created.

The subgenre of cosmic horror shirked the romanticized horror of Lovecraft’s gothic contemporaries, and shirks the method of generating fear through uncertainty of threat used in typical horror. While your Xenomorphs or your Freddy Kruegers scare an audience by making the audience think that any dark corner may or may not hide a monster, Lovecraft’s horror was all about certain, inevitable, inescapable doom. His novella, The Call of Cthulhu, ends with the protagonist realizing that, at some point, Cthulhu will awaken and annihilate humanity, and there is nothing he can do to stop it. The only ambiguity is when. Cosmic horror was all about creating the sensation that there are these massive, unstoppable cosmic forces that will roll over humanity, and no means of solution, prevention or escape exist.

This central pillar of cosmic horror runs in opposition to video games because video games have success against adversity (let’s call them ‘victory states’), something cosmic horror specifically denies. Even games like Darkest Dungeon, which is particularly heavy on the doom, has victory and accomplishment against adversity. While after defeating the harrowing final boss you may be presented with a cut scene telling you all your struggles have been for naught and you have only delayed the inevitable destruction of humanity, I don’t think anyone playing would be completely devoid of any sensation of accomplishment. It was a hard boss. You beat it. You feel like a champ.

Every game comes with a success state and a failure state of some kind. You need some level of player agency for something to be a video game, and that agency predicates success and failure as you either perform the right action and advance the game or plot, or don’t perform the right action and either don’t progress or get set back. Even if the success state is achieved by something as utterly simple as holding forward, as it is in some walking simulators, like Dear Esther, and the failure state is something as utterly simple as not holding forward, that’s still you accomplishing something in the game. Not much, but it is something. Video games require you to perform specific actions that provide you with progression in some way, shape or form, and performing those specific actions rewards you with progress in some way, shape or form. Even games where getting a “Game Over” is inevitable have a victory state of some kind. You can’t ‘win’ early arcade games, for example, but they have other metrics for success, such as surviving for long enough, getting a high score, and so on. 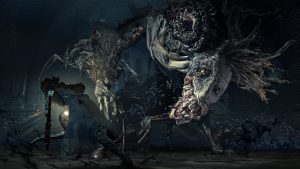 These victories are at complete odds with cosmic horror. These victories against adversity, whatever shape it takes, never occurred in Lovecraft’s works. The opposition, be that Cthulhu, Shoggoths, any of his host of horrors, were too powerful, abstract and cosmically inevitable for the protagonists to have victories against them. At best what could be gained was some knowledge of the adversity, which usually drove the inquirer mad anyway. For a game to truly reflect the cosmic horror of Lovecraft within the mechanics, rather than just the overlaid narrative, it would have to deny the player any means to attain ‘victory’, which means nothing but inevitable failure, which means no player choice, which means no game.

But I’ve played a Lovecraftian game! you cry in to the void. And the void answers back, “Well, yes and no”. What is intriguing about Lovecraftian lore is there is now a total separation between the visual aesthetic and the thematic aesthetic.

While many games, like Darkest Dungeon, Bloodborne and Sunless Sea have wholly embraced the visuals of Lovecraft (and many other games such as Cthulhu Saves the World have wholly debased the visuals to the tune of Lovecraft’s corpse furiously rolling in its grave), no game has captured the horror of Lovecraft. And, if this article is right, no game can. Cyanide Studio and Focus Home Interactive appear to be making a Lovecraft game that may plumb the eldritch depths of video gaming and uncover some incomprehensible new approach to player agency that circumvents this problem, but their search may likewise find them nought but madness and ruin. We shall see. Until then, dead Cthulhu waits dreaming.