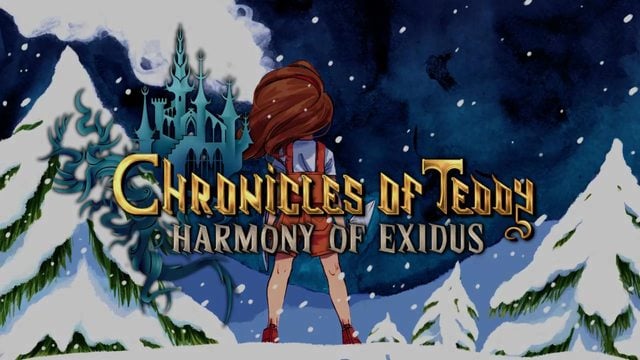 Paying tribute to those NES and SNES classics of old can be a tricky business, as what passed for decent gameplay or reasonable difficulty at the time is now no longer acceptable to many players. Though the latest Wii U downloadable from LookAtMyGame, Chronicles of Teddy: Harmony of Exidus, seems to be inspired mostly by the notoriously frustrating Zelda II, the developer has wisely updated the basic concepts and borrowed from many masterpieces to allow for a pleasurable take on the past that captures the spirit of 8 and 16-bit gaming as it’s remembered, not as it actually was.

Chronicles of Teddy evokes nostalgia right off the bat, with an opening scroll that tells the story over a warped screen that so perfectly replicates the curvature of an old CRT that for a moment I was transported back in time. Some lengthy text kicks the plot in motion, where an evil wizard has overtaken a fantasy kingdom and killed its king. Crossing through a dimensional portal and possessing a teddy bear, the disembodied soul of the former ruler implores the aid of a young girl he once befriended to save the kingdom. It’s both absorbing and simple and somewhat confusing at the same time, which describes Chronicles of Teddy as a whole fairly well.

A side-scrolling RPG of sorts, Chronicles of Teddy involves the kind of butter knife-wielding, pogo-style downthrusting, item collection, weapon upgrades, and puzzle solving that The Adventure of Link is known for, but without the unforgiving difficulty. It also adds a Metroid-style map and focused dungeons with bosses that play by more standard Zelda conventions. Attacks are limited to basic sword actions, and though different abilities are acquired along the way, they are variations on familiar types, like the double-jump, wall-jump, and a downward smash. The biggest addition is the Musicom, a mysterious device that plays musical notes that correspond to elements of a primitive language that can only be learned by talking to Exidus’ odd denizens. 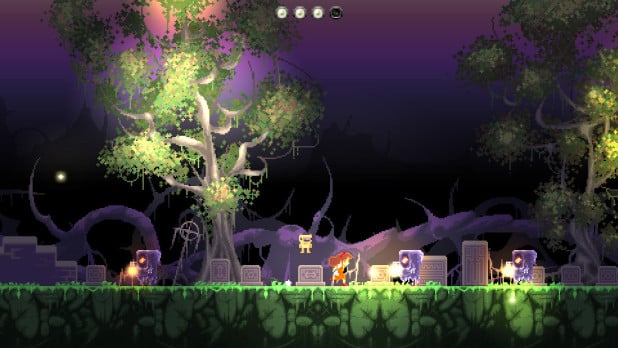 A towering library serves as the hub, from which four beautiful and atmospheric worlds, each with their own labyrinthine temple, can be accessed via books that must be found through exploration. Outer levels are well-structured and encourage players to come back later with new abilities, while temples balance just the right amount of linearity without hampering their maze-like feel. Though experience isn’t gained through battling enemies, jewels usually are, and a decent-sized collection will facilitate progression in both offensive and defensive capabilities so that later tougher enemies aren’t as deadly.

One of the biggest strengths of Chronicles of Teddy lies in its charm. The pixellated backgrounds are often quite scenic, occasionally inspiring one to stop and admire the vista, and the music is utterly absorbing, from the haunting piano echoing through the library to the pulsing rhythms found in deep, dark caverns. Each world has a distinct look that makes the inevitable back-tracking a somewhat more pleasant trip than it otherwise may have been, and while the variety of enemies isn’t staggering, the creatures that populate each stage are creatively designed and full of color. Small details like blowing grass, dripping icicles, and streaking raindrops inject a life into the lands, helping pull off their fairy tale existence. 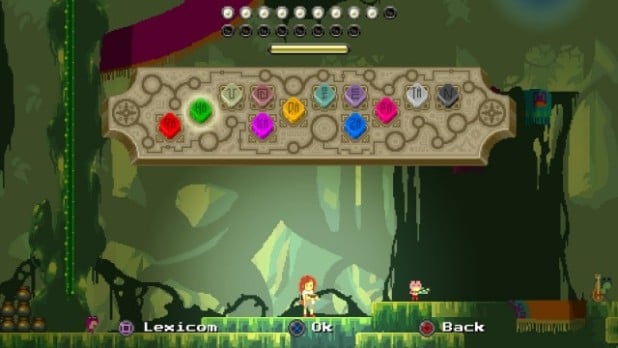 Ambiance is not the only area, however, in which Chronicles of Teddy succeeds. The game’s greatest attribute is the way it toes the line between old-school and modern, eliciting the feel of what it was like back in the day to have so little explained to the player, though without necessitating a guide in the way that some of its inspirations did. Feeling clueless was part of the experience back then, as 50 dollars was a lot of money to spend on something that could potentially last only a few hours. Developers purposefully kept things vague, even frustratingly so, and parents could sleep sound knowing they got their money’s worth. Games had to be systematically attacked, with every nook and cranny potentially containing the clue to progression. Chronicles of Teddy takes this idea but narrows the search, keeping players from getting overwhelmed through good level design, though paying close attention is still required.

Moments like satisfaction gained from discovering how the Musicom works for the first time, or even finally understanding how the map actually works are the sort that kept me coming back to Chronicles of Teddy. Should a map be confusing? Maybe not, but there’s no doubt I felt smarter upon picking up the quirks of this one. Realizing that notes playing in the background held the key to chests or that I could “speak” through musical words were revelations that opened up new possibilities. While the gameplay is solid, these instances gave me the sense that I was actually improving alongside the main character, attaining a firmer grasp on the workings of the world around me as I unlocked more and more of it. This is a different sort of challenge, and one I prefer over reflex-based difficulty. Of course this led to several instances of being stuck, but answers are always within reasonable reach; one need only look for them. 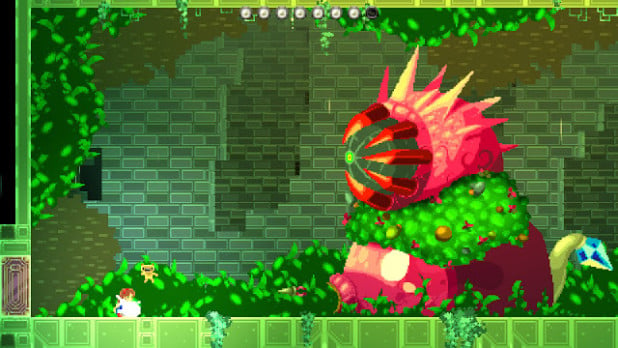 A few things do hold Chronicles of Teddy back, however. Aside from those for whom the obtuse nature of some of the puzzles or boss patterns won’t appeal, some technical glitches popped up. More than one session saw the sound completely cut out, only to be restored by rebooting the entire game. For an adventure that relies so much on tonal hints, this is a problem. The frame rate also dropped significantly when multiple enemies combined with moving backgrounds, though only in one bonus area, a Zelda-like test of combat over several floors, was this so severe as to make the game nearly unplayable. Certain other annoyances, like a dash mechanic tied to both a button (reliable) and a double tap of the d-pad (not so much), and some stickiness with the wall jump led to some platforming frustration, but for the most part experienced players won’t be tasked with anything they can’t handle.

These issues aside, Chronicles of Teddy: Harmony of Exidus is a very good update to the Zelda II formula. Vague but not impossibly so, challenging but rarely frustrating, the game reminds players of the joys of those yesteryear classics from the comfort of their Wii U.