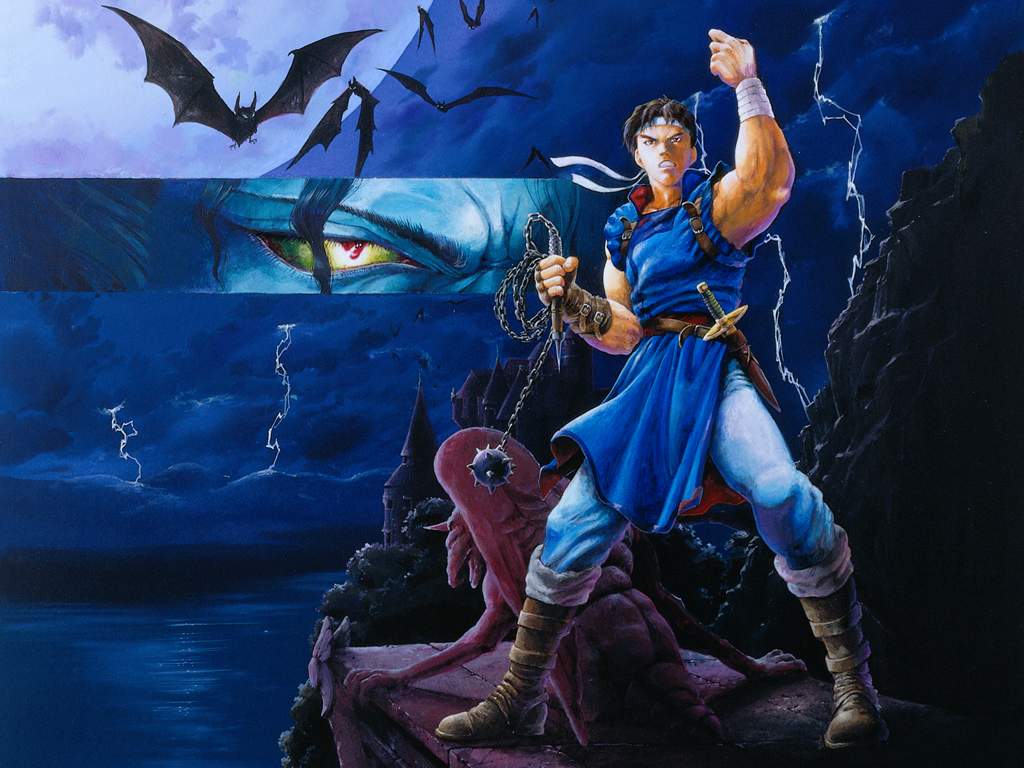 As far as classic Castlevania goes, Rondo of Blood is the apex of what can be done with the franchise. Every facet of its design contributes to crafting one of the tightest action-platformers in the genre. Castlevania: Rondo of Blood serves as a natural evolution of the series’ core concepts. In emphasizing Castlevania’s overarching narrative, adding branching paths to stages, and opting for a more dynamic color palette when compared to its contemporaries, Rondo of Blood not only fine-tuned the Castlevania experience, it laid the groundwork for the direction the series would take following Symphony of the Night’s release.

Almost every detail that makes Symphony of the Night such a great game can be linked back to Rondo of Blood in some regard. Its story is a direct continuation of the events of RoB, even opening with the final boss fight; the sheer amount of exploration possible in Dracula’s Castle is clearly influenced by the nonlinear approach Konami took with Rondo’s level design – and Symphony’s aesthetics borrow heavily from Rondo’s in-game designs. That is not to say Symphony of the Night does not have an identity of its own, but it is a game that would not have existed as is had Konami not experimented with Rondo of Blood.

Aside from its RPG elements, Symphony of the Night’s design philosophy is just as much rooted in Rondo of Blood as it is in Metroid. The level of exploration found within Symphony’s depiction of Dracula’s Castle is a natural extension of Rondo’s nonlinearity. While the Castlevania series has never been a stranger to the concept of secrets off the beaten path, RoB replaces the expected wall chickens with legitimate unlockables. Rather than just bestowing Richter with food or hearts, exploration in Rondo rewards players with alternate stages, new boss fights, and even another playable character.

Although progress can be made by simply following the linear path, and comfortably given the strength of RoB’s overall level design, the alternate stages and bosses offer some of the best content found in Castlevania’s pre-Symphony era. It doesn’t take long for players to realize that Rondo is home to secret areas either. In Stage 2’s minotaur chase section, there is a zombie positioned right after the first jump. On first playthroughs, the majority of players will bump into said zombie, dropping them down a seemingly bottomless pit only to not die.

Falling down said hole triggers Stage 2’s alternate path, culminating in an entirely different boss fight had Richter pulled off all the jumps in the minotaur segment. Even though there are genuine bottomless pits throughout the game, especially in later stages, any pits that do lead to secret areas or new stages are contextually and visually telegraphed well enough where savvy players won’t be jumping to their deaths every time they think a pit will lead them to a new location.

While Symphony of the Night’s lack of bottomless pits is often attributed to its Metroid influences, and not wrongly at that, Konami was quite clearly experimenting with the concept of interconnected stages through pits from as early as Rondo’s second stage. This interconnectivity found in Rondo of Blood’s level design isn’t important because it influenced the direction Symphony of the Night’s Castle would go in, however. Rather, it is important due to the fact that it gave Konami a chance to experiment with downward progression in Castlevania.

For as contextualized as Rondo of Blood’s non-lethal bottomless pits are, it is important to recognize that RoB is a short game clocking in at roughly two to three hours of playtime. There are only a total of twelve stages excluding the prologue and only stages two through five have completely alternate layouts. Symphony of the Night, on the other hand, is a far longer game just in concept and any attempt at including bottomless pits would ultimately hurt exploration.

It can be argued that, in following Metroid’s lead, Symphony of the Night would never have kept bottomless pits, but it is important to consider that SotN is still a Castlevania game at its core, including Castlevania series staples. Its Metroid influences are more in how it approaches exploration than in how it approaches level design. Konami took steps in ensuring that the jump between classic Castlevania and the post-Symphony era would not be jarring and said steps including experimenting with concepts in Rondo of Blood.

This is not to say that Rondo of Blood was made as a base for Symphony of the Night, but that Konami was already looking to evolve the series past just the basics, seemingly for good this time around. While Castlevania heavily features the same defined formula for years, it could never solidify where it wanted to go as a franchise. Simon’s Quest played up exploration; Dracula’s Curse introduced multiple playable characters and a simplified version of Rondo’s inevitable branching path system – and Super Castlevania IV brought in multidirectional whipping.

In some sense, Rondo of Blood is really no different from its predecessors. It was yet another entry in the series trying to see what would stick before ultimately transitioning into Symphony of the Night which would define the franchise’s run until Lords of Shadow’s release in 2010. Such a reading on Rondo of Blood would be reductive, however. Although Symphony of the Night shook up the foundation considerably in regards to what came before, it is not, fundamentally, so different where it is incompatible with the Castlevania franchise as a whole.

Where Rondo of Blood serves as a stepping stone towards Symphony, Dracula X was just another Castlevania game

Of course, the jump to Symphony of the Night would have been jarring to any western fan in 1997 due to the simple fact that Rondo of Blood was not released outside of Japan until 2010. Instead, fans of the series were given Dracula X, a reimagining of Rondo of Blood with significantly weaker level design, a muddier aesthetic, and a far more linear approach overall. Where Rondo of Blood serves as a stepping stone towards Symphony, Dracula X was just another Castlevania game.

In many ways, Dracula X is Rondo of Blood’s antithesis, highlighting exactly why the latter is so important in the grand scheme of Castlevania’s history. Dracula X is as standard as the series can get, and standard is not what the series needed in the mid-90s. Castlevania, as a franchise, was in desperate need of an evolution beyond Super Castlevania IV’s multidirectional whipping. Castlevania needed to adapt alongside its contemporaries.

If Symphony of the Night is the father of modern Metroidvanias, Rondo of Blood is the grandfather

Rondo of Blood is familiar, but not similar. It is a natural evolution of Castlevania’s design philosophies without straying too far from the franchise’s roots while also experimenting enough to ensure a longevity for the series. That is ultimately the difference between Dracula X and Rondo of Blood. Dracula X is content in its complacency whereas Rondo of Blood has reinvention on the mind even if it won’t ultimately be the game to reinvent what it means to be Castlevania.

It is for this precise reason why Rondo of Blood is such an important game, and not just for Castlevania. It is one thing to recognize when a series needs to evolve, it is another to experiment alongside said evolution to ensure the survival of a series. If Symphony of the Night is the father of modern Metroidvanias, Rondo of Blood is the grandfather. Castlevania: Rondo of Blood may not have broken new ground in the way its successor did, but it ensured there would be new ground to break, which is equally as important.

Editor’s Note: This article was originally published on October 4, 2018.