Home » Can Nintendo Get Away with a Paid Online Service?
Games

Can Nintendo Get Away with a Paid Online Service? 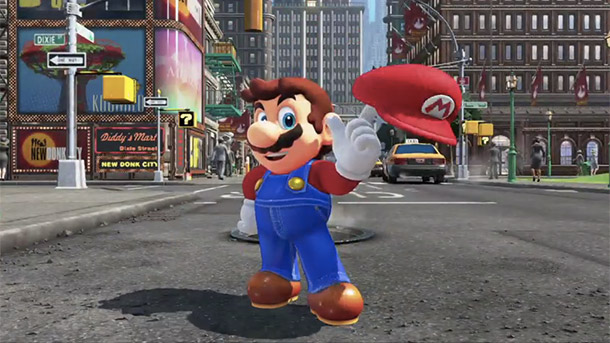 There was a lot of information thrown out during the recent Switch conference, from game announcements and release dates, to publisher support and the price tag. One of the things Nintendo glossed over, however, was the announcement that the Switch would be joining the PS4 and X1 in having a paid online service, a marked departure from the previously free online services of both the Wii and WiiU. Is this something people are willing to accept, especially given the history a lot of people have with Nintendo, or might this be just another Nintendo idea bound for failure?

In a weird move, the Switch won’t be launching with the paid online service, and Nintendo mentioned that this is set to go live sometime in Autumn of 2017, giving players several months to acclimate themselves to the console and likely launching alongside the Switch’s big holiday titles. This seems like a nice idea, but the truth might be that Nintendo is hoping to sucker people in before dropping the pay-gate on them.

Nintendo has published a guide to the new online service detailing what’s going to be included. Like PSN or Microsoft gold, buying into the service also comes with the occasional free game as well as discounts on the Nintendo online store and access to online lobbies for you and your friends. It also details how certain services, like using the new share button, parental controls, access to the shop, and managing friends will still be allowed if you don’t buy the online service. A price hasn’t been named yet for the online service, nor a solid launch date.

Based on twitter reactions people weren’t super excited about this concept, something Nintendo seemed keenly aware of given how they followed this announcement with news that region locking was dead and gone. Nintendo has only recently been getting bigger into online gaming, with titles like Mario Kart 8 and Splatoon on the WiiU making heavy use of the feature, and it seems odd for them to take away a defining feature that set them apart from their competition. The Wii and WiiU had numerous players who were drawn to the idea of not having to pay to play online while keeping the convenience of a console. Lastly, players that have been on the fence about abandoning consoles altogether might’ve just been pushed over to PC gaming, something the PS4 and X1 are already dealing with.

Nintendo may have shot themselves in the foot with this idea, and it’s sure to rub people the wrong way. Still, the actual activation of the online service is a long ways off, and it is possible, like the pre-launch of the X1 these decisions will be reversed. Like much of The Switch, we’re just going to have to wait and see.

Having a paid online service that doesn’t offer chat support and requires players to use smart phones to communicate with each other is.

For certain there are advantages to going on the plan, like free games and discounts. It just seems odd for Nintendo to introduce this now when they’ve only barely begun to embrace online gaming

Of-course they can. There is no easier audience to scam than gamers, they are all just too stupid.

Nintendo Switch Accessories and Prices: They Cost What?

From Concept to Card: Behind the Art of ‘Faeria’

Remakes Are Not the Same as Game Preservation

‘Session’ Highlights the Zen of Skateboarding

Breaking Down the Divisive Reactions to ‘The Last of Us: Part II’