This past week, Overwatch‘s newest Control map, Busan, was introduced for the first time outside of the PTR. Available as a limited time selection on the Arcade menu, players could play a  few matches exclusively on the map and fill out their weekly arcade requirements through play-testing. While there were a few issues (one of my teammates, a Sombra, spent the entirety of a match on Sanctuary underneath the ground), Busan’s introduction was, overall, a successful venture. Players that I encountered seemed, on the whole, to enjoy the new map.

While I enjoyed the new map as well, there was one thing I couldn’t help but think as I played it within Arcade:

As it’s currently constructed, players have little choice outside of creating their own custom matches to enable them to play the maps that they want, for practice or otherwise. It’s been discussed before, but having such easy access to Busan made something much clearer: a Map Veto, Map Voting, or Map Selection system of some sort needs to be added to Overwatch.

It’s been nearly two-and-a-half years since launch and, despite some sort of map selection system being present in other major online shooters (i.e. CSGO and Rainbow Six Siege) and even in Mario Kart 8 Deluxe, there’s still no way for the players to select the map that they want to play.

When I played on Busan, sometimes for a few matches in a row, I was surprised by just how much more I learned about it compared to other maps I’ve played ten or twenty times as often. I was able to locate health packs, find nasty turret placements for Torbjörn, and, overall, achieve a much greater degree of map confidence than I had on pretty much any other map in a much shorter period of time. Being able to practice the map whenever I wanted, I became aware of many of its intricacies much more quickly than any map before it.

Is it just me or is that cow the cutest mascot ever?

Even before Busan’s inclusion within the Arcade brought the issue back to my attention, every time Eight Player Free-for-All came up in the Arcade on Château Guillard or Petra there was a similar effect. I’v noticed an increased confidence on these maps because, after countless hours of FFA madness exclusively on those maps, I’ve learned them very well. Even after dozens of hours on other maps outside of the Arcade, I can’t say the same, even as a dedicated player. That’s a problem that Blizzard needs to address.

As prominent Overwatch YouTuber Blame the Controller mentions in his take on the subject, there are issues that, upon the successful integration of any map choice system, would become apparent rather early. The relative abandonment of Assault maps, such as Hanamura, Horizon Lunar Colony, Temple of Anubis, and Volskaya in both Competitive and Quick Play would seem likely as, generally, these maps are less enjoyable for teams on Attack. If not handled gingerly, any sort of map selection system could, thus, lead to the demise and chronic under-utilization of certain maps. I’d imagine that’s something that, given the intense development times for each map, Blizzard would like to avoid.

An easy way to avoid map skipping would be to allow some sort of map voting, map selection, or map veto system exclusively in QP and leave the system as is within Competitive matches. For those in QP (i.e. new players, players looking to learn maps with a new character, or players just wishing to avoid maps that they don’t like), this system would allow them a greater degree of agency in choosing their map than they have currently while keeping the Competitive scene balanced. Although this might lead to an influx of new players from QP into Competitive that don’t know the unpopular Assault maps as well, it would, at least, provide more choice for players than is currently available. 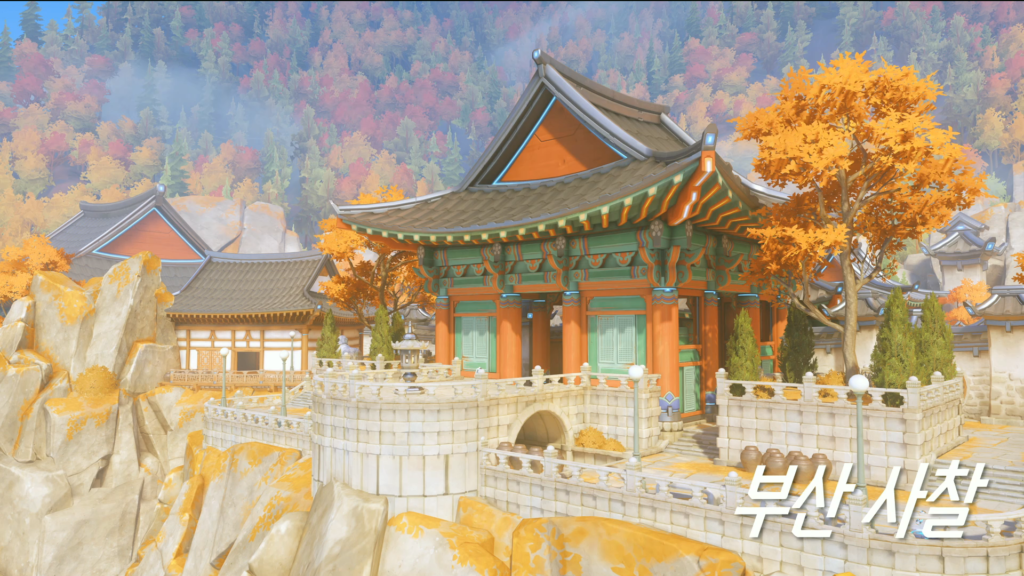 Sanctuary is a great map, with some amazing turret spots for Torb.

Since Busan has disappeared from the Arcade, I’ve already wanted to play it more, but, in several hours of play, have only seen it come up once in QP. Adding in a new map to a rotation that many players have played dozens (if not hundreds) of times without giving players a chance to really learn the map for more than a week is frustrating to say the least. Including a map selection system would help alleviate this chronic source of aggravation and, hopefully, stem the tide of chronic leaving that has overtaken QP.

Disregarding its integration, however, the fact remains that, without a map system, Overwatch will continue to frustrate players looking to learn maps in an active game, experience new maps for the first time, or looking to chill without worrying about haphazard Point B pushes on Assault. Other games have had these features for years now, and it’s far past time that Blizzard integrated some sort of Map selection system into Overwatch. After all, in a game about learning different heroes to use in different circumstances, having the opportunity to practice on different maps is about as essential as practicing the heroes themselves.