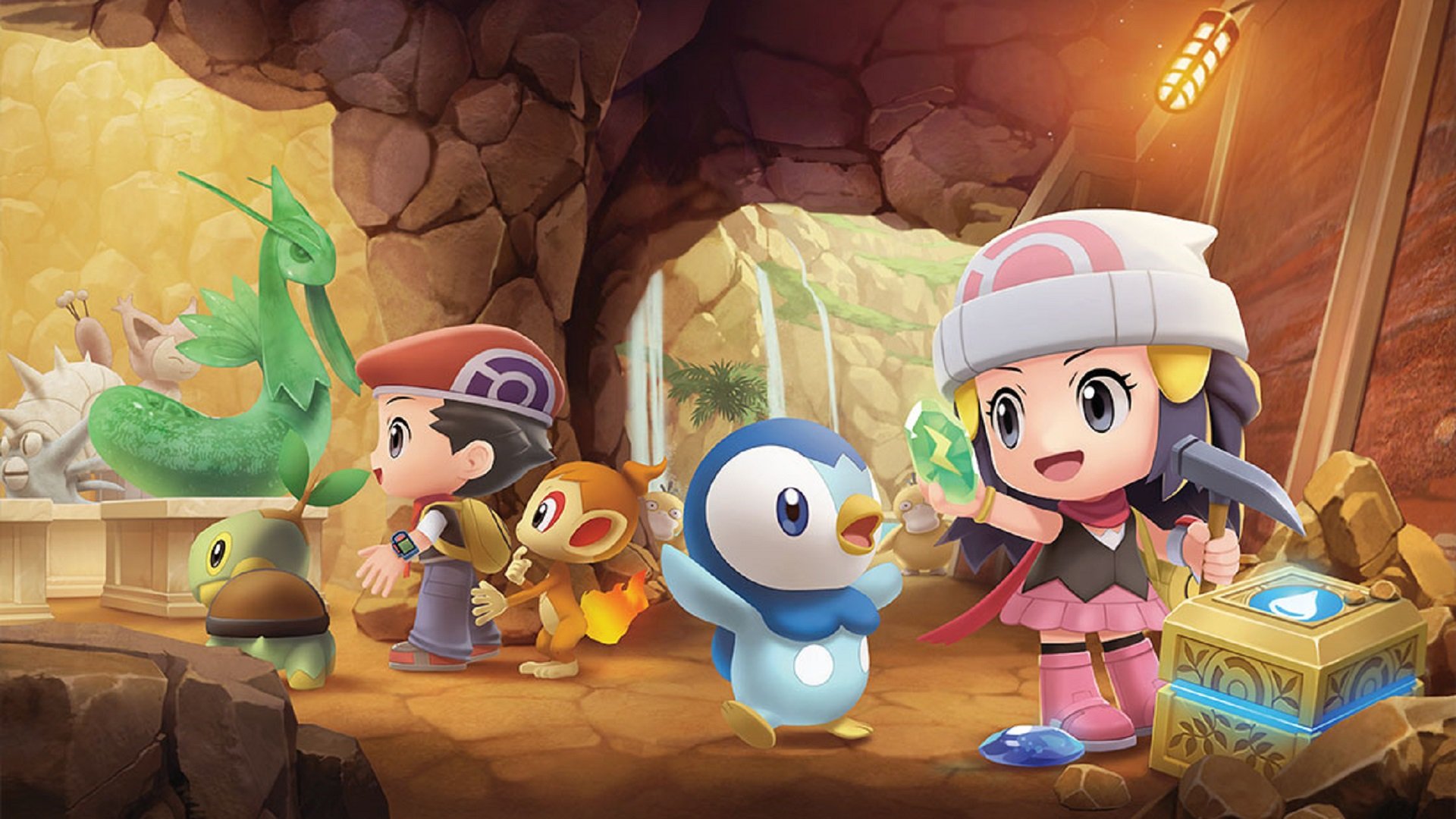 Just like any other Pokémon game before and after it, Brilliant Diamond and Shining Pearl opens with an impossible question: which starter will you choose? Will it be Piplup, Chimchar, or Turtwig? This choice isn’t one to be taken lightly—while there certainly isn’t a bad choice to make here, your decision will impact your playstyle in the early sections of the game and have a rippling impact throughout the campaign.

If you’ve just booted up these shiny Gen IV remakes and find yourself stumped at this unanswerable dilemma, then never fear–we’ve gathered everything you need to know to choose the right pocket monster for you as you commence your latest journey through the Sinnoh region.

Which starters are included in Brilliant Diamond and Shining Pearl?

When the time comes for you to make your fateful decision about your first Pokémon, you’ll have three options to choose from: Piplup, the Water-type penguin; Turtwig, the Grass-type turtle; and Chimchar, the Fire-type monkey.

These characters are universally adored (admit it, we all need a Piplup plushie in our lives), but they also all come with their own sets of strengths and weaknesses that may or may not suit a trainer’s playstyles. That’s not to mention that their later evolutions should also be considered–you might not like Chimchar, but there’s a chance that Infernape could be a great addition to your late-game team.

Probably the cutest and most recognizable of your three starter options, Piplup is a tried-and-true Water fighter. Its Water-type moves will make the first gym a breeze by easily slicing through all its rock-type Pokémon, so if you’re concerned about surviving the first few hours of the game, Piplup may be the way to go.

Piplup eventually evolves into Empoleon, a unique Water- and Steel-type Pokémon whose type combination leaves it vulnerable to very few types while boasting a robust moveset of high-damage attacks.

If you’re willing to fight an uphill battle for the first few hours of the game before gaining a real powerhouse of a Pokémon, Chimchar could be a solid pick. As a Fire-type fighter, Chimchar is at an inherent disadvantage in the first Rock-type gym. However, if you can make it through a few rough patches early on, Chimchar evolves into a versatile teammate with a distinct advantage.

Pokémon Diamond and Pearl have always contained a striking lack of fire-type creatures in its Pokédex, giving a character like Chimchar an upper hand against many opponents. Its evolution, Infernape, is a Fire- and Fighting-type that blends this Fire-type advantage with some powerful fighting moves.

Giving Piplup a run for its money as the cutest starter, Turtwig is a Grass-type baby turtle. Fittingly enough, it comes with a little more physical defense than the other starters, and its Grass-type moves will make it a snap to conquer the first few gyms.

Turtwig eventually becomes the Ground- and Grass-type Torterra, quite possibly the coolest-looking final evolution. It features massive defenses at the cost of speed, making it a solid tank option that also boasts some seismic moves.

Which starter should you choose?

Ultimately, choosing the best starter for you in Pokémon Brilliant Diamond and Shining Pearl is a subjective decision that hinges on your personal playstyle. If you’re eager to optimize your team in the late game while putting up with some additional challenge in the early hours, Chimchar could be a good pick; meanwhile, if you want to breeze through the first few gyms, Turtwig or Piplup could be viable options.

No matter what you decide, remember that it all comes down to your own personal preferences and playstyle. Choose the character that resonates with you most, and you’ll be on the right track.