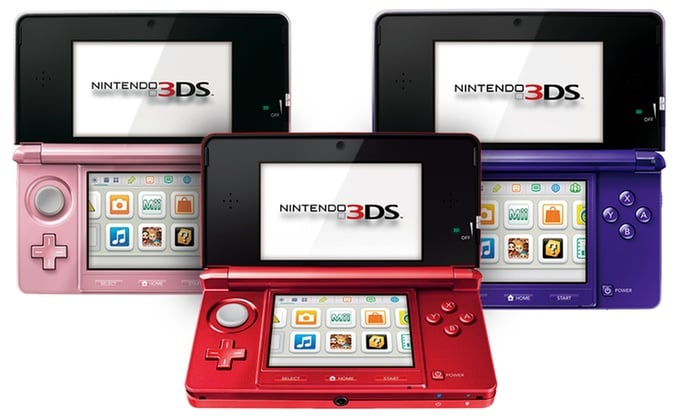 A very Happy Birthday to the Nintendo 3DS! March 27 marks the fifth anniversary of the launch of the Nintendo 3DS in North America. Within this five year span the successor to the DS has experienced the release of multiple upgrades, dozens of new StreetPass puzzles, and of course an ever-increasing library of games. To celebrate the birthday of yet another legendary Nintendo handheld, each year will be analyzed, and the top game from each year shall be determined. Let’s get this party started!

After the Nintendo 3DS launched in early 2011 the system suffered from a lack of quality titles. For months players settled with the built-in software (StreetPass, Face Raiders, etc.), ports of previously released titles (Super Street Fighter IV: 3D Edition, Tom Clancy’s Splinter Cell 3D), and various other titles that entertained, but those ultimately failed at truly satiating the hunger that many gamers possessed. Finally, in the second half of the year, a rush of formidable titles splashed their way onto the scene, and Super Mario 3D Land represented the best of the bunch. Combining the styles of both 2D and 3D titles of the series, 3D Land provided a vastly fulfilling experience (and still does), and gamers everywhere were ultimately ready to usher in the newest handheld era for Nintendo. Following the launch of second installment of the series in 1992, fans persistently demanded a new adventure in the Kid Icarus series. After receiving a tangible tease in the form of Pit’s inclusion in Super Smash Bros. Brawl, a new title finally emerged 20 years later on the Nintendo 3DS. Kid Icarus: Uprising positively proves itself as a worthy entry in the series, boasting fantastic dialogue, crystal clear visuals, and worthwhile unlockables that lengthen the game considerably. Uprising represents another stellar title in the 3DS library, and fans of the series are undoubtedly grateful toward the system for housing the revival of their franchise. The Animal Crossing series delivers delightful experiences regardless of system, but the series generally fares better on handhelds. Considering the fact that titles can be played in short bursts, have spectacular multiplayer capability, and offer a more relaxed gameplay experience, a portable system suits the series perfectly, so including a title on the Nintendo 3DS was a no-brainer. In 2013, Animal Crossing: New Leaf became the latest entry in the franchise, and this title brought a wealth of new content that elevated the series even further. Thanks to the advanced technology within the 3DS, New Leaf was able to introduce mayoral duties (public works, town ordinances), the StreetPass-fueled Happy Home Showcase, the Dream Suite, and much more. New Leaf also introduced Isabelle, a popular supporting character who has essentially vaulted into the position of the series mascot. In today’s age of video gaming the industry views independent developers in a higher regard than ever before, and hardware manufacturers are scrambling to acquire the highest quality indie developers available. Nintendo undoubtedly understands the need for indie magic, and Shovel Knight certainly lifted their position in the indie race. Developed by the up-and-coming Yacht Club Games, Shovel Knight dealt a heavyweight side-scrolling adventure to the 3DS in 2014, and the vintage experience was as welcoming as they come. Shovel Knight’s superb soundtrack, charming 8-bit graphics, and refreshing difficulty allow the game to stand as one of the best indie experiences available, and the title also showcases the fact that the 3DS is a proven indie machine. While Monster Hunter 3 Ultimate stands as a top contender for 2013’s best 3DS game, Monster Hunter 4 Ultimate rules the roost outright in 2015. The Monster Hunter series succeeds immensely at providing an incredibly deep gaming experience, and 3DS users looking for hundreds of gameplay hours need not look any further than 4 Ultimate. Of course, a substantially lengthy game does not satisfy the requirement for top quality alone; in addition to the stellar length, 4 Ultimate dishes out a robust combat system, an expansive degree of weaponry/armor to choose from, and a multiplayer system that heavily rewards the proper display of teamwork. 4 Ultimate brings a true test of skill to the 3DS, and more installments are sure to come.

Of course, many games remain on the horizon in 2016, so no winner can currently be declared with confidence. Despite this, the incredible content in Fire Emblem: Fates appears to project the game as a heavy favorite thus far, and presents a hearty standard for other titles to meet. The rest of the year will most certainly be entertaining for 3DS players.

Have a difference of opinion? Don’t be afraid to voice it in the comments!