When Bastion debuted at the Penny Arcade Expo in 2010, it took the video game world by surprise. It was the first game developed by Supergiant Games, and was built over the course of two years by a small team of seven people. It went on to be nominated for several awards at the 2011 Independent Games Festival, won several more thereafter, and received universal critical praise for its story, narration, music, art direction, and game design. When it was finally released on Xbox Live Arcade in July of 2011, many fans were already calling it Game of the Year. Fast forward to 2018, and the beloved action role-playing adventure directed by Amir Rao and written by Greg Kasavin has been ported to the Nintendo Switch. And after seven years of hearing how amazing it is, I am happy to report that Bastion lives up to the hype – this is a bold, unique vision and one of the best indie games you can play on Nintendo’s portable console.

Set after an apocalyptic event called the Calamity, the isometric action role-playing game puts players in control of a silent protagonist known as “the Kid,” as he travels through a floating oasis in the sky, and rounds up any last survivors in the city of Caledonia. Along the way, The Kid must collect special shards of rock in order to power a device in the Bastion that allows him to create landmasses and structures so he can make his way across Caelondia via “skyways” that propel him through the air. 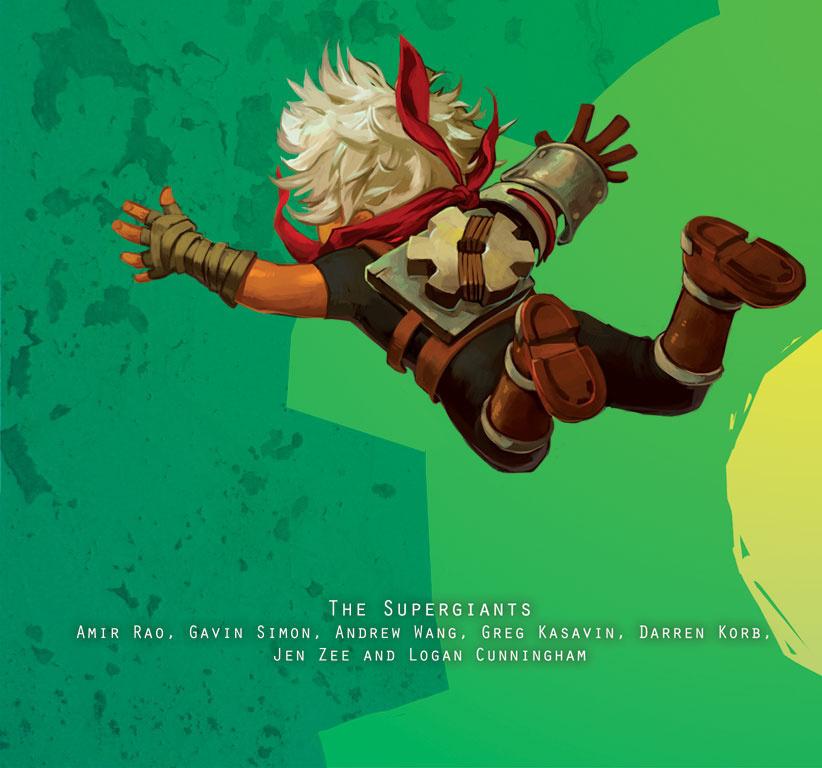 The Bastion, to which you visit between each mission, is where you manage your inventory using fragments, the game’s form of currency. Everything from your weapon loadouts and upgrades to secondary objectives is sorted in this hub area. With each core the player collects, they can add one of six structures to the Bastion, such as a shrine, an armory, or a distillery, and each shard the player collects allows them to expand a structure of their choosing. For example, The Shrine allows the player to choose idols of the gods to invoke, causing the enemies to become stronger and giving the player increased experience points and currency. It’s a clever way of giving players the freedom to adjust the difficulty as they desire. If something proves to be too difficult, you simply just need to head back to the shrine and adjust things to your liking.

Combat is plentiful in Bastion, and each of the eleven weapons (ranging from a battering ram to a bow) has its pros and cons, giving you the option to tailor the weapon that not only matches your play style but is handy in different scenarios. Your arsenal continuously grows as your progress further and further into the game – from a spear to a pair of duelling pistols and even a mortar, the number of ways you can tweak your character is exhaustive. Whether it’s a long-range bow or close-range machete, there’s an option for every type of player and figuring out the proper combination, mastering your movements and choosing just the right special skill makes Bastion even more fun to play.

Did the Coen Bros. write the narration?

It’s kind of astonishing that for all its ambition and accomplishment, Bastion‘s most defining characteristic is its narration but I suppose it makes sense given that this may be the only game I’ve ever played that relies so heavily on a continuous commentary. Voiced wonderfully by Logan Cunningham, the narration in Bastion weaves through the entire game from start to finish while commenting on the player’s every action as it happens. It’s an unconventional means of storytelling (at least for a video game), but as with most voice over, the grisly-voiced narration provides details and background to the world without requiring the player to sit through long cinematic cutscenes or read strings of text. As someone who normally despises voiceover, the decision to add it here didn’t bother me so much, if only because the narration seemed lifted from a Raymond Chandler novel or a Coen brother’s Western.

Bastion features one of the best video game soundtracks

While the writing is impressive, Darren Korb’s sound effects and music is the real star of the show, which is amazing given that the music was recorded in Korb’s closet at his New York City apartment, as were the hundreds of sound effects. As far as video games go, the soundtrack for Bastion is unlike any soundtrack I’ve heard and features four vocal themes and various instruments that somehow evoke both the American frontier and an exotic dystopian future. It’s so good, I would say it is one of the best video game soundtracks ever composed.

This game has style!

Bastion’s hand-painted, colorful art style courtesy artist Jen Zee, is its second-most defining characteristic and despite being released eight years ago, it looks better than most games made today. Every frame of Bastion is immaculately detailed and bursting with color. From the stark contrasts between ruin and technology to the gorgeous backgrounds, developer Supergiant Games made a game in which every minute drips with artistry.

Bastion holds up remarkably well after all of these years, and in many ways, Bastion is a masterclass in game design. It just goes to show that with a lot of hard work and determination, no matter how small your team, you can create something truly amazing.