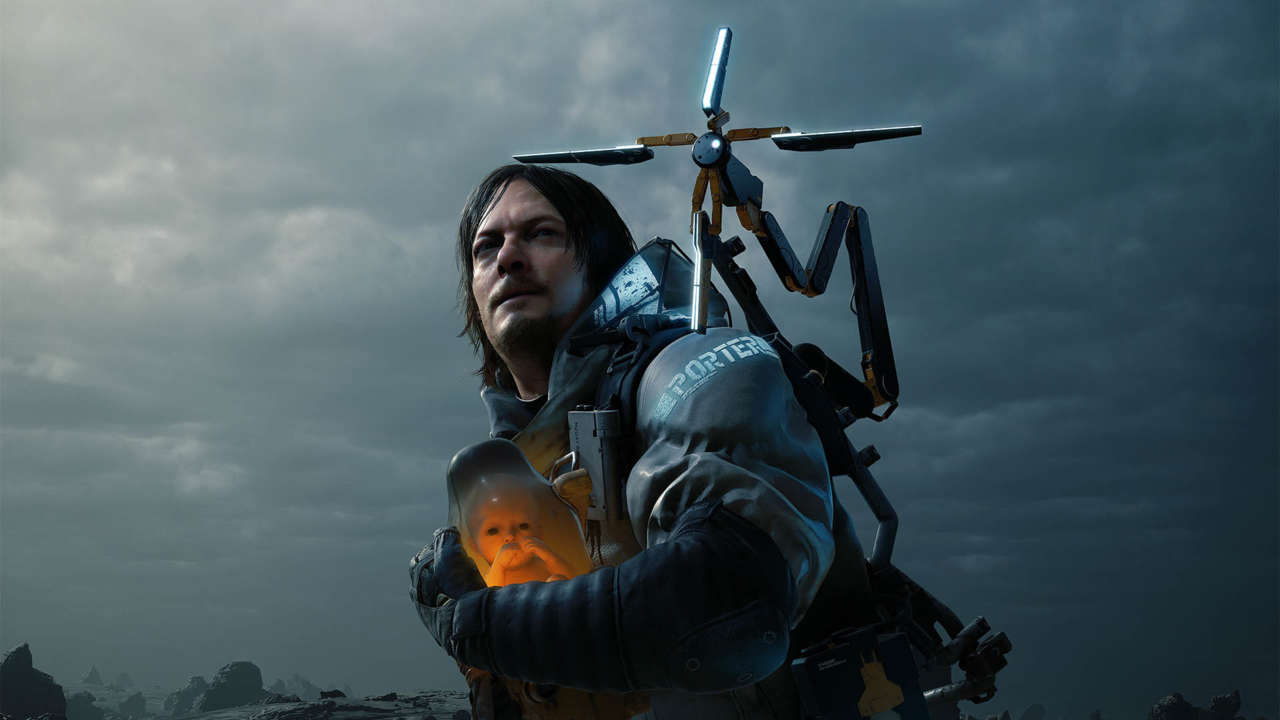 Video games have always been fascinated with the idea of player interactivity as a means of crafting a power fantasy. The player typically goes on a hero’s journey, eventually culminating in them being the one and only savior of the world inside the game. Typically associated with single-player games, MMOs also crafted that same narrative but with the conceit that everyone is going on this journey. Often the acknowledgments of other players are in multiplayer-specific features such as PvP and Raids. Destiny is a great example of a series that takes players on the same journey and makes no promise that the story is different between players by even allowing them to engage in playing story missions together. It all feeds into the larger narrative of Guardians fighting together to save the Light. A game that handles this very similar and perhaps more successfully is Hideo Kojima’s Death Stranding.

While lacking any direct player-to-player interaction, Kojima’s latest game is drenched in the conceit that community is crucial to triumph over adversity. You can read many articles about the game’s ideas of community from fellow writers on the site. What hasn’t quite gotten the attention it deserves is how revolutionary Death Stranding feels in terms of utilizing asynchronous online to greatly affect the game itself. Games like Dark Souls and other FromSoftware titles have included the ability to leave notes (which Death Stranding also offers) that help (or trick) players as they venture throughout the world on their own. How those notes’ effects are manifested are often on a much smaller scale – helpful at times but often to warn players of an impending way they might die. They don’t have a large impact on the player, only a temporary means of cheating death.

Where Death Stranding becomes something greater in scale is in what it lets other players do to other peoples’ single-player experiences. In the game, you play as Sam Porter Bridges who is tasked with reconnecting America from coast-to-coast. At first, the game thrusts Sam into its narrative, taking the reluctant, isolated character and forcing him to eventually realize the importance of hope and connections in dire times. As Sam starts bringing more and more people onto the Chiral network (which allows instantaneous communication and the transferring of 3D-printable goods), so too does the game open up and reveal its ultimate goal: to bring players together.

This doesn’t mean players will ever talk to other players, and the game very much avoids any real negative actions that can be performed on players. In fact, someone could play the game without ever actively engaging with online features. Instead, the game will passively hand out “likes” to other players whose ladders are used or roads are driven. If one wanted to fight the game’s narrative and instead keep Sam isolated and away from the community that the Chiral network provides, they could definitely do that – no matter how antithetical it would be to do so. Death Stranding even offers an offline mode that would nullify all of that and keep the experience solely on the player’s impact on the world and no one else’s.

Yet there’s a reason the online mode is the default mode. It was near the end of Episode 3 (which also happens to be when the game unloads almost all of its mechanics onto the player) when I finally realized the impact I was having on other people’s games. I had spent an entire day playing the game, but focusing largely on delivering premium deliveries – these are optional challenges that essentially boil down to carrying more cargo, damaging cargo less, or getting to your destination in a set amount of time. Death Stranding doesn’t ever tell you the best way to get somewhere. Instead, it places a wide array of tools in front of you and assuming the Chiral network is set up in an area, it can provide a rough guide on places to avoid or infrastructure already built. However, one of the key pieces of infrastructure missing for my playthrough was roads. My efforts immediately became focused on building a network of roads that made their way all throughout one of the larger areas in the game.

The game doesn’t ever make you build roads. It tells you the option is there but it doesn’t force your hand. Often tools will be introduced, like zip lines and floating carriers, but the game never demands that they’re used. Of course, engaging with those tools will make your life easier. There are easy ways to start building infrastructure in Death Stranding: ropes and ladders can help to scale mountains or plummet depths. Those will remain in the world for other players to use and will even appear on their maps as they hook up areas to the Chiral network. So, someone who plays the game earlier than someone else could lay down ropes and ladders, and depending on when the other person starts playing, they will find those once they have progressed to a point where they are traversing that area. Where the game becomes even grander in its sense of community is the realization that the more players commit to building roads or setting up zip lines, the more other players benefit.

The reality is that ladders and ropes are temporary – they cannot be rebuilt, they can only be replaced. The game’s Timefall – a weather phenomenon that acts as rain but ages anything it comes into contact with – can reset an entire map after a while if there is nothing more substantial placed on the map. So in my game, I decided that whenever I could build a road, I committed to doing so. This could mean going to multiple waystations and collecting materials that have amassed over time from deliveries, or going out in the world and finding these materials like Chiral crystals. At a certain point, I would load up a truck with multiple deliveries that were on or near the roads I had built, as well as with as many metal and ceramic materials I could load into the truck before it reached capacity. As I delivered packages, I’d replace them with more deliveries and more materials from each waystation. Eventually, I’d find myself at a point where a road was not built yet and would then build that road.

Community stands as the strongest component of Death Stranding .

In contrast to a game like Dark Souls, actions in the world such as providing notes on the ground or helping another player with a boss battle is helping them cheat death. The community that is being built is not one that has any lasting effect on the world in the game. No Man’s Sky may let players interact with each other and further their knowledge of the universe within the game, but often that help is relegated to an isolated planet. It’s a more contained impact. Hideo Kojima created a game where players don’t just build infrastructures for themselves, they can intentionally or inadvertently assist other players throughout their games. This leads to players like myself creating strand contracts with other players who have built things I liked in the game. A strand contract is a powerful feature because it means more of that players’ roads or other items built for the world will show up more frequently in my game.

One of the perks of building so many roads is you also get a lot of likes, whether passively given because someone used the road or actively provided by a player because they not only used the road but were appreciative that someone built it. It’s hard not to feel important in someone else’s life when you’ve made their experience less cumbersome because they no longer have to drive over rocky terrain or through enemy territory but instead can take a highway to their destination. What’s better is that more substantial developments like bridges and roads can be repaired by other players and even upgraded. So while I laid the initial roads down, I actually haven’t spent any materials repairing them. Instead, notifications come in and tell me players have repaired roads I’ve built. There’s no real reason to do that unless the infrastructure built was necessary to their journey through the game – making it easier but also providing the same feeling of helping out a larger community.

Community stands as the strongest component of Death Stranding – a game that doesn’t even try to be subtle in its intentions. Traversing Kojima’s version of post-apocalyptic America is harrowing on your own. With just your two feet and a package to deliver when the entire world itself is trying to stop you from doing so, America isn’t just divided – it’s hostile. Where Death Stranding shines brightest is when it offers a helping hand. Players aid one another to achieve the same unified goal: save the country. All of this is under the assumption that the country can be saved, but there is no denying that seeing someone else’s rope hanging off a steep cliff, or a Timefall shelter where it rains Timefall on a constant basis, is one of the most satisfying feelings. In Death Stranding, it isn’t enough to know that you’re making progress, but that everyone is willing to assist others to reach the same end goal. It’s a game where every action creates hope and is built upon the idea that we are at our best when we work together.