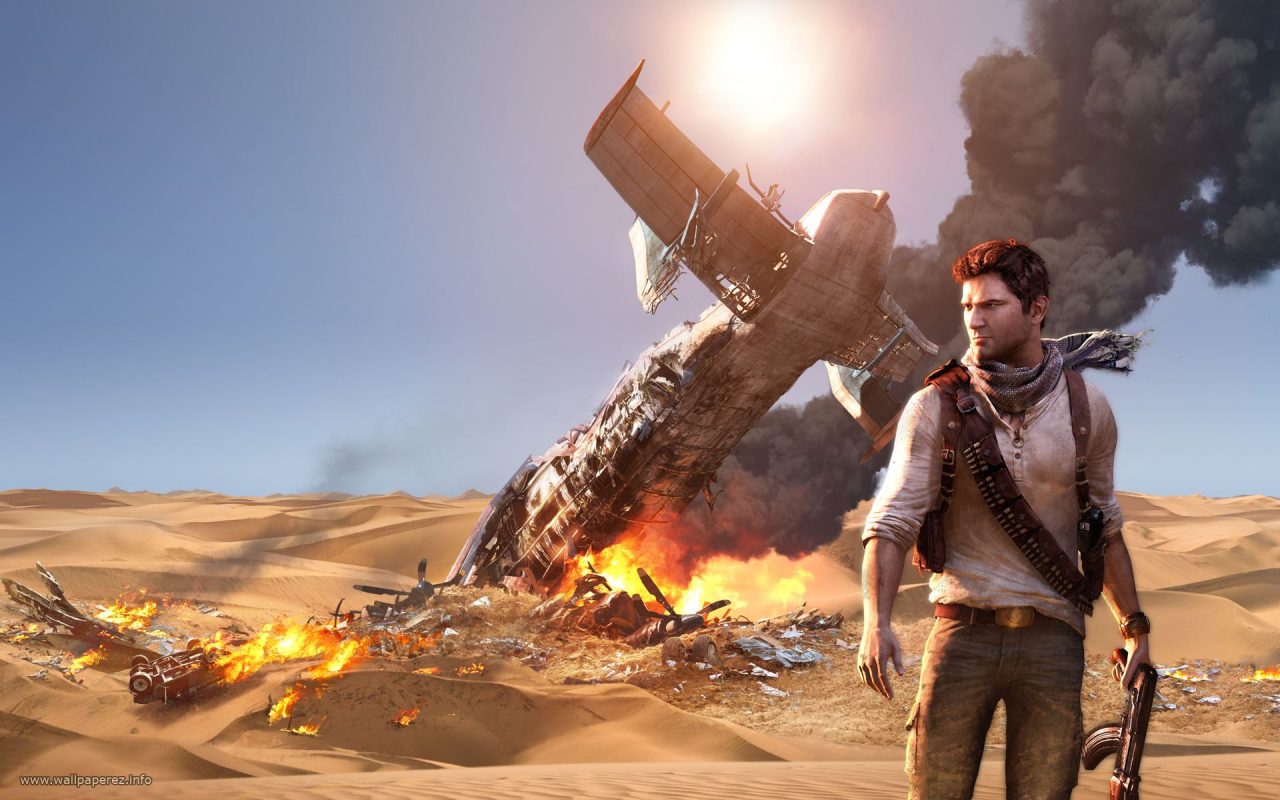 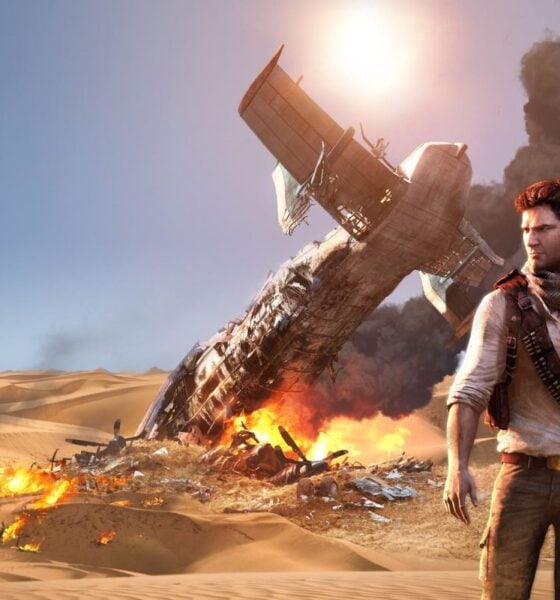 Analyzing Uncharted: Drake’s Deception – Wait, What is The Game About?

Uncharted 3: Drake’s Deception has a lot to live up to as Uncharted 2: Among Thieves is an incredible and near-perfect game. Don’t get me wrong, Uncharted 3 is a decent game in the sense that everything still looks gorgeous and the gameplay is functional and still pretty fun. However, when playing Drake’s Deception, I sort of felt like I was going through the motions of the game, as opposed to exploring the world and making discoveries as I did in the previous two. So much so that when I finished the game and saw the credits roll, I asked myself “wait, what is the game about?”

The plot itself is pretty simple, Sir Francis Drake spent six months on a part of his voyage that would normally take a sailor of his caliber a month, and Nate, of course, wants to know why because there must be some sort of conspiracy behind this. Following obscure clues leads Drake and his entourage of mismatched characters to Yemen and the Rub’ al Khali Desert, and ultimately to Iram of the Pillars; the city of immeasurable wealth. The adversaries are run by Catherine Marlowe, a sour older woman who is running a secret society that uses Nate as a stepping stone to in order to get to Drake’s lost treasure. Tombs are plundered, treasures are discovered, and moments later, villains arrive as usual to claim said treasures. 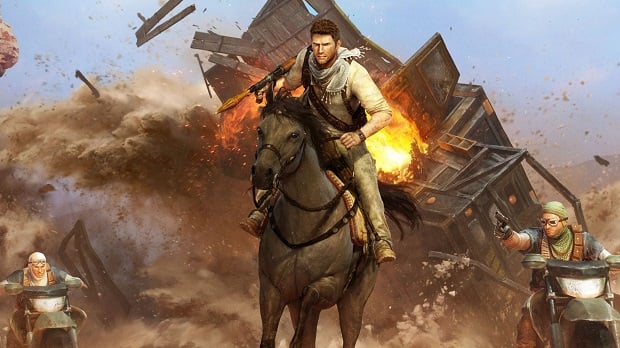 One of the major problems with the story in Drake’s Deception is the complete and total lack of narrative tension because the game never bothers to explain why Marlowe and her crew are bad, or what their motivation is supposed to be for finding Iram and what exactly the treasure means to each of them. You go through the entire game trying to stop them, but the game doesn’t explain why until literally the very last chapter. The game’s central conflict, therefore, comes off feeling a little pointless, since you don’t know what their purpose is or what’s at stake. Marlowe then just feels like a stale antagonist, because, well, Uncharted needs an antagonist.

However, what I do enjoy about Uncharted 3 is the back story into Nathan Drake himself. Drake’s Deception begins with that flashback sequence in which we get to play a young Nathan Drake, who I affectionately call “Baby Drake”, trying to steal Sir Francis Drake’s ring – the one on Drake’s iconic necklace from the previous two games – from a museum in Columbia. Up until this point in the series, Drake has only really been our archetypal “hero” as he crusades throughout the world solving mysteries, getting ladies, and spinning witty one-liners, therefore it’s incredibly refreshing to finally see some back story.

Drake’s Deception has an interesting way of showing the player how Nathan feels, what he thinks, what makes him tick and what he gets out of bed for. Scenes that are not action-oriented are surprisingly vital to the overall experience. Even something as simple as pushing the joystick forward to see Nate stumble through a desert is rewarding with a depth of feeling and emotion. 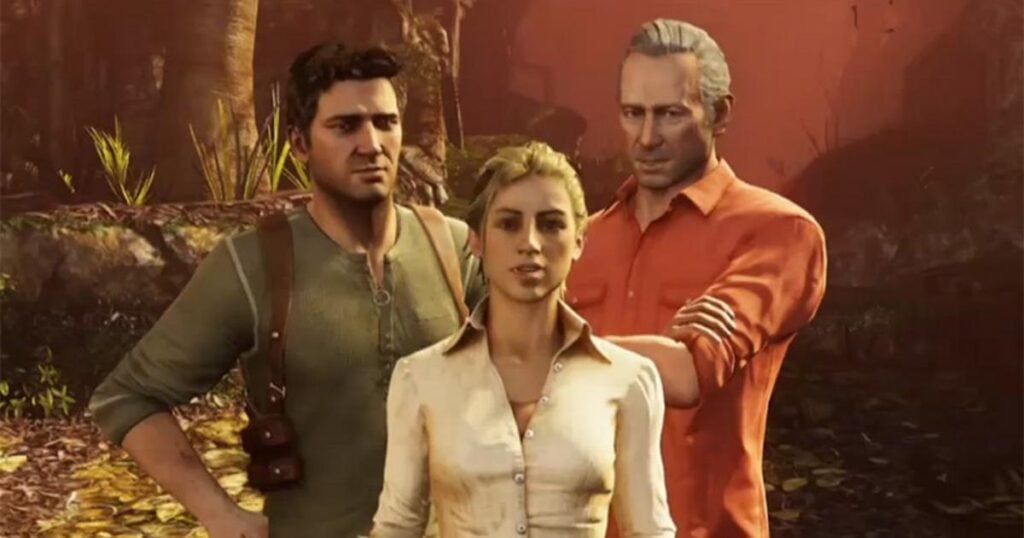 Aside from these cinematic moments, Drake’s story and the central narrative of Drake’s Deception don’t really seem to click in the right way like they do in follow-up Uncharted 4. A lot of time, set pieces and story beats somehow feel shoehorned into the experience, like Naughty Dog concocted unrelated scenes in advance, then built the rest of the game around them. They seem incredibly disjointed, and I found myself fawning over Drake’s personal story bits, and then really cantankerous towards the rest of the main treasure hunting plot. Each individual scene or chapter in the game is fleshed out with thought and time put into it, but the overarching plot and the thread that ties all of these little moments together seems almost non-existent. Every chapter or plot point is glued together, like an afterthought.

In an interview with VentureBeat, Justin Richmond, the game director at Naughty Dog explains a lot about wanting to go bigger than Uncharted 2, and that the team started working primarily with ideas about creating big set pieces, mainly the cruise ship in the old boatyard.  Richmond also explains that Amy Hennig – head writer of the original Uncharted trilogy – wanted to explore the idea of deception.

I think one of the main problems with the theme of “deception” is that it doesn’t seem to make the story more clever, but rather clogs it up. “Deception” as a concept isn’t a clear or strong choice to make for a plot device. Rather than keeping the audience on the edge of their seats wondering who is on which side, or what something could mean, the deception motif instead leaves the player, or at least me, wondering what the fuck is going on, and not in a good way. 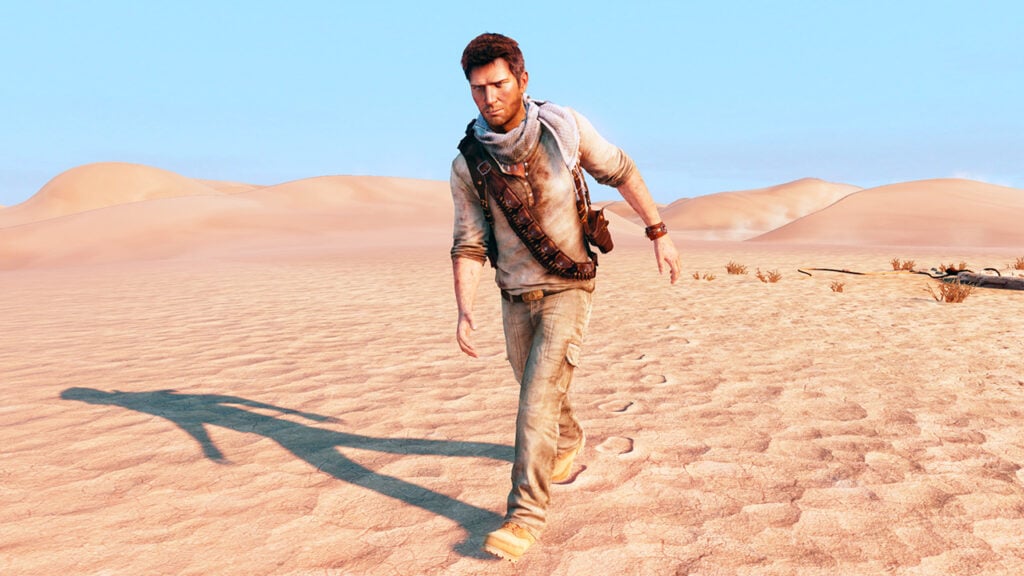 Catherine Marlowe did have some early ties to Baby Drake, but I felt like she and her henchmen didn’t really pose a threat to Drake like the other villains did in the previous titles. And perhaps that’s the deception in the game, that in fact Marlowe isn’t that threatening to Drake, but he only thinks she is, because of how he has perceived her from his childhood. But even if that is the case, that’s pretty messy from a storytelling standpoint, because Drake’s overall story going forward is not that affected by the idea of deception.

Despite all of this, it doesn’t mean that Drake’s Deception is by far a bad game. I still had a blast playing it, and the game undoubtedly had that cinematic charm that only Uncharted seems to carry. Compared to the first game, Uncharted 3 doesn’t feel like as much of a tedious chore, but it is rather disappointing after Uncharted 2 demonstrated what’s actually possible with this series’ formula. When I finished Drake’s Deception, seeing the demise of Marlowe, and once again running out of a crumbling utopia by the skin of Nate’s teeth, I surprisingly didn’t feel anything like I did in the previous games. I went through the motions, watching Nate and Elena get back together, Sully flies off, and the credits roll. I let out a sigh, controller in my hand, sour look on my face, and asked “wait, what is the game about”?