First off, I fucking love Among Thieves. It’s quite the experience playing Uncharted for the first time almost 10 years after the first release, and then also playing Drake’s Fortune and Among Thieves back to back. It’s a night and day difference between the two, with Fortune pretty much sucking, and Thieves being practically a perfect game. I finished Among Thieves feeling incredibly satisfied and ready for Uncharted 3, but the game also left a deep pit in my stomach: a kind of feeling that didn’t leave me when I turned off my system after the credits rolled.

Uncharted’s success can be attributed to Naughty Dog’s scripting and seamless sense of realism that makes Nathan Drake likeable, giving him that ordinary, guy-next-door charm. The way Drake acts during cut-scenes makes me believe he could be one of the guys I go drinking with. However, when it comes to actively playing the game, I feel as though I am controlling a completely different character. When faced with an obstacle, this charming and fun-loving adventurer all of a sudden becomes a frighteningly efficient killing machine in my hands, and it feels good to play like that.

Cut-scene Drake and gameplay Drake are two totally different people. The sections that first come to mind when considering this are chapters 16-19, Drake’s stint in the Himalayas. Nate awakes and finds himself in a home within a Tibetan village, dressed and recovered. What’s amazing about this scene is getting to experience the daily life in that village with Tenzin (the coolest tertiary character ever).

This action sequence felt great to play; wildly running for cover just out of reach of the tank blowing everything to smithereens. After that particular scene, my heart was pumping, my adrenaline was up and I felt fantastic. It wasn’t until I turned off the game that I began to feel this peculiar sense that what just happened might be questionable, and made me perceive Nathan Drake differently. I began to see Drake as not as this dude I felt like I could grab a beer with, but as a mirror to Lazarovic, a murderer and the game’s chief antagonist.

In an analysis of the game for the third edition of Well Played Drew Davidson & Richard Lemarchand talk about creating the village scene and the ice caves, Naughty Dog intended for the player to feel that attached to the village and want to help them fight off Lazarevic, but I ended up just thinking that Nate was kind of an asshole. What Nate did to Tenzin’s village – or at least what happens to the village because of Nate, and his reasons for completing his quest to Shambala were selfish acts obscured by the guise of selfless deeds.

Among Thieves makes me think about Drake’s role as our protagonist, that he is not a “hero”, but a thief not too different from Lazarevic. Even Lazarovic stated it to Nathan Drake towards the end of the game “You think I am a monster, but you’re no different than me, Drake. How many men have you killed? How many – just today?“.

This pit in my stomach feeling I got after destroying Tenzin’s village is actually something called Ludonarrative Dissonance and refers to the conflicts between a video game’s narrative and its gameplay. This relatively new term was coined by Clint Hocking, a former creative director for LucasArts (then at Ubisoft), on his blog in October 2007. Hocking coined the term in response to BioShock, which according to him, promotes the theme of self-interest through gameplay while promoting the opposing theme of selflessness through its narrative, creating a violation of aesthetic distance that often pulls the player out of the game.

Playing something like Uncharted, you don’t really think about the darker aspects of gameplay. As players, we enjoy the fun aspects without giving a second thought to what they mean. At the end of the day, it’s just a game, right? By no means do I think that playing with the idea of Ludonarrative Dissonance was what Naughty Dog was going for, or that they even considered the player to think this way. I don’t think the kind of players who want to play Uncharted would think this way in the first place.

Amy Hennig – head writer of the original Uncharted trilogy – was asked about this conflict when Among Thieves was released in an interview with 1Up. She said: “On one hand I almost take it as a compliment, that we’ve done our characterization so well that people have the potential cognitive dissonance of ‘I’m this character, yet I’m doing these things.’ On the other hand, [sigh] you almost have to take the gameplay as a metaphor. Maybe it’s going to sound like a cop-out, but, we want the game to be fun at the end of the day. It’s not meant to be taken seriously”.

The game’s problematic nature of Ludonarrative Dissonance comes down to the disjointed matching of gameplay to the narrative – the exact same problem I had with Uncharted 1. I wish Nathan recognized his actions, and that his cut-scene persona matched that gameplay personality or visa-versa. Naughty Dog is just bad at melding together narrative and gameplay. Naughty Dog needs, in my opinion, to create a cohesive story and gameplay mechanics that compliment each other, instead of creating “cool” set pieces and then figuring out the in-between later.

This doesn’t mean that Uncharted isn’t great because it is. I loved every adrenaline high and every ludonarrative dissonant low. I mean, I fought a helicopter from a fucking moving train in the mountains! Everything about this game is near-perfect. All the thoughts I have when I think about Among Thieves are positive, but somehow I still ended up being left bothered by how much destruction Nathan unwittingly caused. Nathan Drake’s destruction and ludonarrative dissonance are caused by Naughty Dog being unable to marry up expected gameplay mechanics and their semi-realistic narrative. Naughty Dog came so close by cleverly mirroring Drake and Lazarevic together but ultimately missed out on an opportunity for Drake to accept the fact that he’s a killer too, in his own way. In the end, Drake is still the quirky hero, but he’s still a thief. And also kind of an asshole. 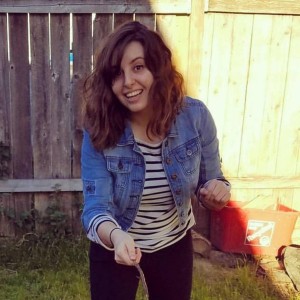 A relic of its time or a buried treasure from the past?…

Analyzing Uncharted: Drake’s Deception – Wait, What is The Game About?

12 PlayStation Games Become One Epic Video In This Awesome Supercut

These are 20 games that you owe it to yourself to experience on either your current PlayStation 4 or future PlayStation 5 system...…