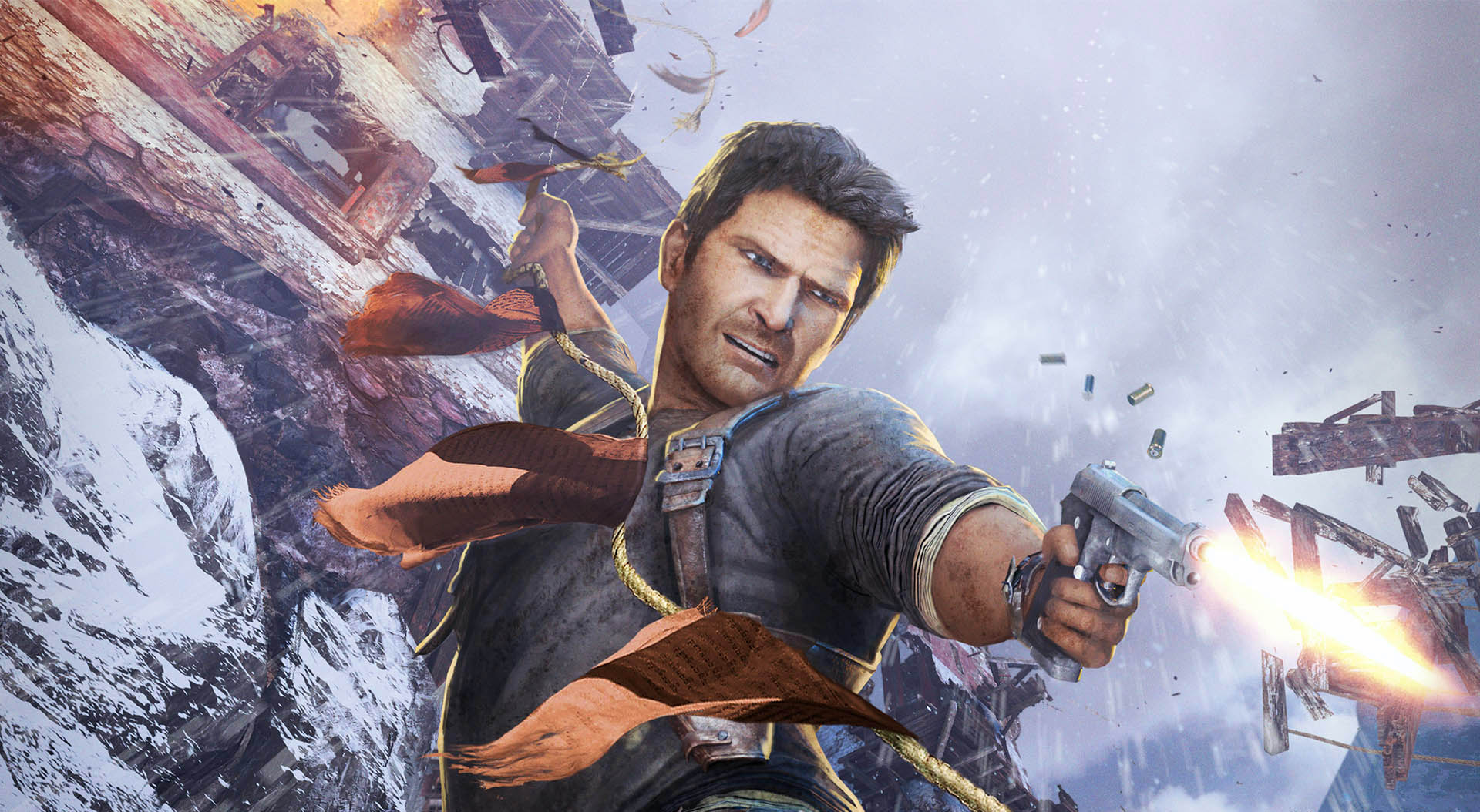 Seeing Nathan Drake, Elena Fisher, and Victor Sullivan ride a boat into the sunset with a jackpot of Spanish plunder from El Dorado seemed like a perfect place to end off the story of the fortune-hunting heir to Sir Francis Drake back in 2007. Uncharted: Drake’s Fortune was considered Naughty Dog’s magnum opus after the standalone entry in PlayStation’s first-party later to be franchise released to critical acclaim and blockbuster sales that immediately sent the game into direct sequel territory.

There was one major lesson that Sony Interactive Entertainment should have learned after the groundbreaking Crash Bandicoot and Jak and Daxter trilogies helped establish the PlayStation name during the previous two console generations; give Naughty Dog an even larger budget than before and the standards for action-adventure games will be pushed to a higher bar. As if the original Uncharted‘s thrust towards a technologically advanced future of games was not enough, the house that the marsupial built was prepared for round two during an age of young developer innovation.

Uncharted 2: Among Thieves skyrocketed Naughty Dog to its modern-day pedestal and has become by far the developer’s most important release to date. The sequel became a precursor to the golden years of Naughty Dog by opening the gateway of opportunity that would later spring their most acclaimed spectacles, The Last of Us and Uncharted 4: A Thief’s End. Naughty Dog embarked on a journey to become an entertainment creator whose games could rival the most popular adventure titles. Now 10 years later, Among Thieves is the reason Uncharted and Naughty Dog stand among the gaming industry’s highest standards for both game design and storytelling.

Breaking and Entering a New Age For The Industry

The opening chapter of Uncharted 2, ‘A Rock and a Hard Place,’ instantly sets the stage for part of what Naughty Dog had been attempting to demonstrate with their sequel. The developers were striving to break the proverbial gaming standards of action-adventure games by building massive ongoing edge of your seat cinematic set-pieces that players would feel a part of due to interactive moments involving quick-thinking climbing and satisfying gunplay.

Although the developers were already creating incredible action scenarios in Drake’s Fortune, no other game was slightly comparable to the technological marvel that the sequel presented in its mere opening minutes. The iconic derailed train sequence saw players escaping a cliffside in the Himalayas after Nathan Drake mysteriously wakes up to only the sounds of high winds and the feeling of laying on his back. The deceptive opening makes players believe that Nate was previously in trouble only to reveal that he is still stuck in trauma as the protagonist clings on for life moments away from falling through the back end of a collapsing railroad car.

Scenarios on a massive scope such as this were only possible thanks to Naughty Dog’s deep knowledge of the PlayStation 3’s internal architecture inherited through time spent with the first entry. Drake’s Fortune had previously only made use of a shy 30% of the Cell’s SPU’s that the system could potentially pump out; which provides realistic environments and animations. Naughty Dog’s lead designers, including head writer Amy Hennig, insisted on using the entire 70% left over for their sequel to create the most ambitious atmospheres to date in a game. Even by today’s standards scenes such as Uncharted 2‘s Nepal section still holds up to most modern games.

The most important aspect of what made Uncharted into the massive franchise it is today was, of course, the characters that have become leading icons of the PlayStation brand, derived from an incredibly heartfelt and comedic script written by Amy Hennig, Neil Druckman, and Josh Scherr. The writers aimed to solidify a stronger feeling of adventure in the second story for the player while continuing to explore a previously established cast that could become just as memorable as those featured in adventure movies like the Indiana Jones trilogy.

The idea of Uncharted 2 was to create a globe-trotting adventure featuring a revolving cast of companions rather than having a group of characters who settle down in one stationary location. Instead of focusing on a remote location in South America containing El Dorado, Uncharted’s sequel saw the cast travel from Borneo to Nepal and even the Himalayas, allowing the player to see a variety of locations as Nate attempts to track down the Chintamani stone with the help of a group of old friends before the war-mongering criminal Lezaravic, and his previous thieving partner Harry Flynn, can gain eternal life.

Nolan North, Richard McGonagal, and Emily Rose returned to reprise their roles as the wise-cracking and captivating trio that was Nate, Sully, and Elena with the help of what was considered revolutionary motion capture at the time. While Sully did not appear for the majority of the game, during the time he is present the improv done between North and McGonagal throughout gameplay became the highlight dialogue interactions for many fans once again. Meanwhile, Nate and Elena’s complicated relationship would further be explored for the majority of their time spent together searching through Asia, after both characters unexpectedly split before the events of Among Thieves.

Female fortune hunter, Chloe Fraser, played by Claudia Black, debuted as a second love interest to Nate, but the character quickly went on to be a self-served, independent treasure hunter who could even rival the protagonist. Chloe became so beloved by both Naughty Dog and the fans over time that not only would she be guaranteed a role in the sequel Uncharted 3: Drake’s Deception, but she would also later go on to be the star of the only current Uncharted spin-off that does not feature Nathan Drake, Uncharted: The Lost Legacy.

While Uncharted 2 continued to build on the third-person cover-based shooter gameplay of Drake’s Fortune, besides refining firing mechanics through a more flexible camera, flashier hand to hand combat, and adjusted climbing controls the game’s sense of scale truly was the upgrade players received. There are still 101 collectible treasures to find throughout the game’s new locations and tons of extra nonsensical post-playthrough gameplay tweaks that can be used under the ‘bonuses’ section, but overall the snappier and swift gameplay updates have never been the series’ core focus.

The stories of Uncharted are the most important pieces of Naughty Dog’s quest to greatness. The addicting gameplay and meticulous puzzles are highlights for many people, but the Hollywood script and scenarios, on top of a strikingly realistic feeling cast that started with Among Thieves, is what built Naughty Dog into the studio it is today. The story and everyone placed in it is what fans cared — and still care — about the most from the developer’s games now. Nate, Elena, Sully, and Chloe became major action hero names because of the grand spectacle Among Thieves delivered on.

The game’s characters inspired an entire generation of third-person story-based games from both independent and triple-A developers, including Naughty Dog’s own Neil Druckman who went on to write The Last of Us after Uncharted 2 went gold. Without Nathan Drake’s cinematic journey to claim the Chintamani Stone from Shambala, the genre of action-adventure games would look entirely different compared to today’s landscape. All of the developer’s future projects have Among Thieves to thank for their existence.

Naughty Dog helped lead the charge to a future of cinematically engaging games and today they are still doing so because of the legacy they created shortly after Among Thieves‘ launch. Whether you are playing on your original release copy or The Nathan Drake Collection remaster, Uncharted 2 still shows how Naughty Dog became the leader of PlayStation’s storytellers through their most important treasure.