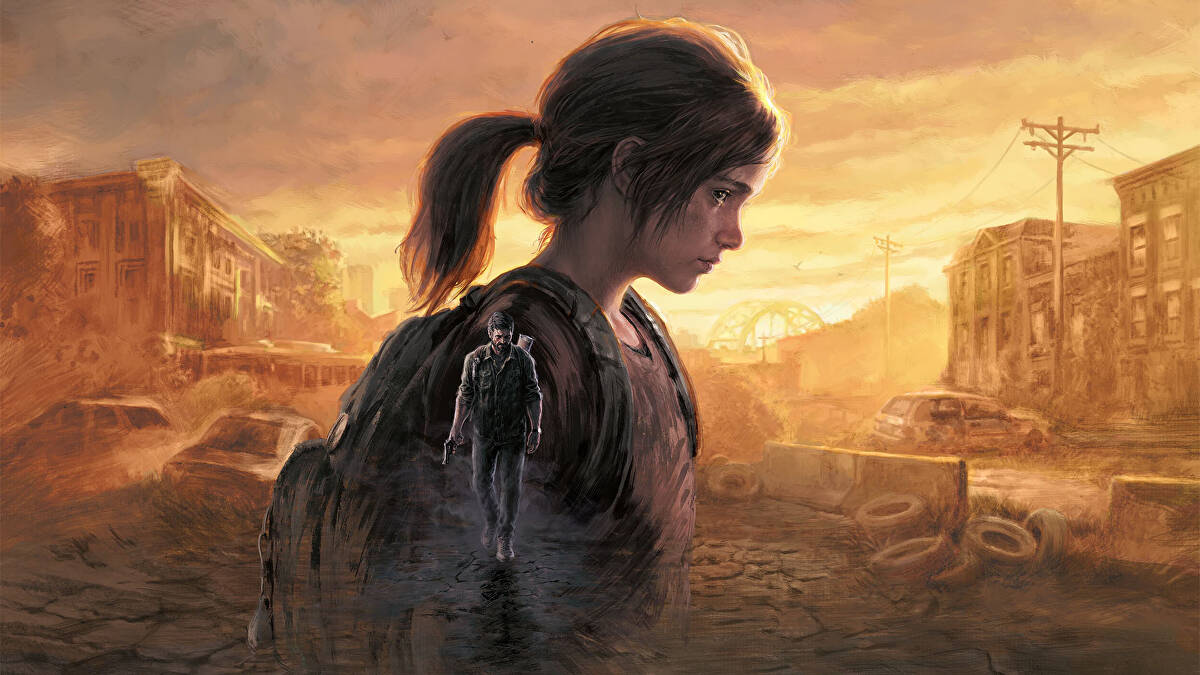 With a hefty price tag of $70 and the fact that it hasn’t even been ten years since the original was first released, there has been a lot of contention and controversy surrounding the release of The Last of Us Part 1.

Is this remake worth the price of admission? Sony certainly wants to convince you it is. They poured a lot of time, effort, and money into advertising The Last of Us Part 1 in the weeks and months before it was released, putting out trailer after trailer detailing the hard work Naughty Dog has put into this game by rebuilding it from the ground up, detailing every little improvement made.

And as it turns out, they have improved a lot.

First and foremost, the most obvious improvement is the immediately apparent visual boost this remake has received. When it was released back in 2013, the original Last of Us was already a graphical powerhouse, pushing the limits of what the PS3 could handle and delivering the most realistic-looking game of the time. While initial reactions and rose-tinted glasses may have convinced many that those graphics had not aged in the past nine years, and that the new Part 1 only looks marginally better, such thoughts do a great disservice to the incredible amount of work Naughty Dog has put in.

Picture comparisons are outstanding, but even they don’t really do this remake justice. To fully appreciate the differences, the game must be seen in action.

Light now shines realistically through open windows, illuminating dust-covered relics of a time half-remembered with a soft, natural touch. Rain soaks the skin and runs off clothing in fine rivulets. Couches sag and spring back as characters sit and adjust their weight. Water has lost the muddy, murky quality it once possessed and now reflects its surroundings beautifully, rippling around Joel’s feet and leaving a flowing wake behind him as he wades through. Once empty offices and backrooms have been entirely refurnished – for example, the side rooms of the Boston museum that were filled with generic office furniture in the original are now art restoration rooms, overflowing with colonial-era busts and paintings, masterpieces left to rot halfway through the process of bringing them back to life.

These new touches are not only breathtakingly beautiful to behold, they also do so much for the story: drawing you into this world like never before and shedding new light with improved environmental storytelling.

It’s not just the environments that have been given a facelift. Every character in the game has been rebuilt. Joel and Ellie now more closely resemble their counterparts in Part 2 (Joel, in particular, is now far more grizzled and weathered – you can really see his age catching up with him), while the rest of the cast has been changed to more closely resemble their real-life actors.

This serves two purposes, both of which help to draw the player deeper into Part 1’s world. The first is that character models used in cutscenes are the same models used in gameplay, meaning there is no downgrade in visual fidelity, improving consistency and making for a smoother experience overall. The second is the new character models allow for much greater precision when it comes to animation. Characters now move realistically during gameplay through a new technology called ‘motion matching’, which automatically fits the best animation to both the path a character is taking through an environment and the context.

Having characters that look more like their real-world actors than ever before has allowed the animators at Naughty Dog to drastically improve facial animations and bring their performances to life in ways only dreamt of in the past. Having gone through all of the original footage of the actors in their mo-cap suits, the animators have been able to go back and add every tiny movement – every twitch, every wrinkle of the brow – the actors made that made these characters all the more human, all the more alive, but that simply could not be accomplished with the tech at the time. Now, skin stretches as Joel rubs his face, muscles tense and contract, clothing ripples, and every subtle glance, slight frown, and curl of the lips adds nuance that tells the player far more with actions than words ever could.

But what good would life-like visuals and animations be if the characters’ AI wasn’t up to scratch?

The original Last of Us had great AI for its time – character animations changed based on their mood, enemies attempted to flank the player and reacted to their actions – but it wasn’t without its shortcomings.

The limitations of the PS3’s hardware meant very sophisticated scripts had to be written in order to give the illusion of NPC intelligence. An illusion that quickly faded if you looked too closely. Companions like Ellie and Tess appeared to have no self-preservation instinct, running directly into the paths of patrolling bandits and roaming clickers, yet remained undetected, as though the enemies knew it was all just a game and only you, the player, mattered. And only a limited number of enemies could be loaded in at a time without overwhelming the PS3’s processor, meaning living adversaries had to be loaded in and out depending on which were closest to the player, making the world feel more than a little empty.

The bare bones of the gameplay may not have changed much (you won’t see Part 2’s dodge mechanic here) but Part 1 has overhauled these AI scripts entirely. The PS5’s improved hardware allows for more enemies to be loaded in at once, all spread out across the map and hunting for Joel. And when combat starts, their new scripting allows them to flank with greater precision, really putting the pressure on the player to react and think on their feet. Companions have also been revamped. Now they can predict where the enemy will move next, allowing them to slip past and back into cover entirely unseen.

These updates really help to ground and immerse the player as they explore.

Guns now have resistance when the player pulls the trigger, meaning you really have to commit to each shot. Take too long or fail to pull it down all the way and the opportunity may be gone. Each gun has its own amount of resistance and this really adds a tangible heft to the weapons, both physically and mentally. Do you have it in you to squeeze that trigger and watch the light fade from that man’s eyes, now that it feels so much more real?

Similarly, drawing back the bow gradually increases the tension felt through the trigger until, all at once, it is released with a twang as the arrow is let loose.

Vibrations, subtle and pronounced, can now be felt through the haptics of the Dualsense, too. The chck-chck of the pump as Joel reloads the shot, the thunk of replacing the magazine on the rifle, the twist of screwing on a new weapon part at the new-and-improved workbench, or the slam of Joel’s fist connecting with a bandit’s jaw. But also in the quieter, subtler moments of the game – feeling the skin of the giraffe as Joel reaches out to touch it, or the comfort of the couch as Sarah snuggles down to sleep – every detail breaks down a little more of the barrier between gamer and game.

The original Last of Us aimed for a framerate of 30fps, but with everything else going on under the hood, it often struggled to maintain its goal. The 2014 Remaster improved this with a stable 30fps mode, as well as a targeted 60fps mode that reduced visual fidelity but more or less hit its target. Part 1, however, being a PS5 exclusive, has much more to work with.

As with many other PS5 games, there are two main graphical modes to pick from. Fidelity mode produces gorgeous 4K visuals that really take advantage of the hardware while also allowing for at least 40fps, whereas Performance mode produces slightly less crisp 1440p visuals but with an unlocked framerate of at least 60fps. Both are stable, with Performance mode hardly ever dipping below its target, if at all, and neither mode dropping below 40fps. This means a much smoother gameplay experience overall, regardless of which mode you decide to go for.

It’s fantastic how accessible modern games are. Games like The Last of Us Part 2 really understood how important accessibility is in broadening the horizon and allowing everyone to experience great games and great stories. And Naughty Dog has brought all of those features through to The Last of Us Part 1.

More detailed subtitles have been added, not only to cutscenes but to gameplay, to show exactly who is talking, when, and where, so that no information is missed by the player. A high contrast mode has been added that highlights enemies in red and allies in blue (by default – colors can be swapped to make them stand out more easily to the individual playing) to allow those who are partially blind or have low vision to still be able to enjoy the game. Similarly, sound effects can be set to trigger when near interactable objects. But most amazingly, Naughty Dog has worked hard to ensure the entire game is playable with audio description.

All in all, there are options to toggle colorblind modes, remap controls, provide navigation and traversal assistance, cinematic descriptions, motor accessibility, and more. These brilliant features allow fans who couldn’t previously play through The Last of Us for one reason or another to finally play through the best version of it.

Last but not least, The Last of Us Part 1 gives players the opportunity to earn a trophy for petting Buckley the dog at Tommy’s settlement. What more needs to be said?

So, is The Last of Us Part 1 worth its price tag? If you are new to the franchise or have only played Part 2, absolutely. This remake looks and plays like a brand-new game, one built specifically to take advantage of everything the PS5 has to offer, and one with a story that still packs as much of a punch as it did nine years ago.

If you have already played The Last of Us (either the original or the 2014 Remaster), the answer is probably not. Unless you are a diehard fan of the franchise, that price is too steep, too much of an ask for someone who has seen most of it before, and who can still play the considerably cheaper Remaster if they want to relive Joel and Ellie’s story any time they want.

If you fall into the latter category, it’s probably best to wait for a dip in price. The game’s not going anywhere, and it seems unlikely any other will get close, both in visuals and storytelling, anytime soon.