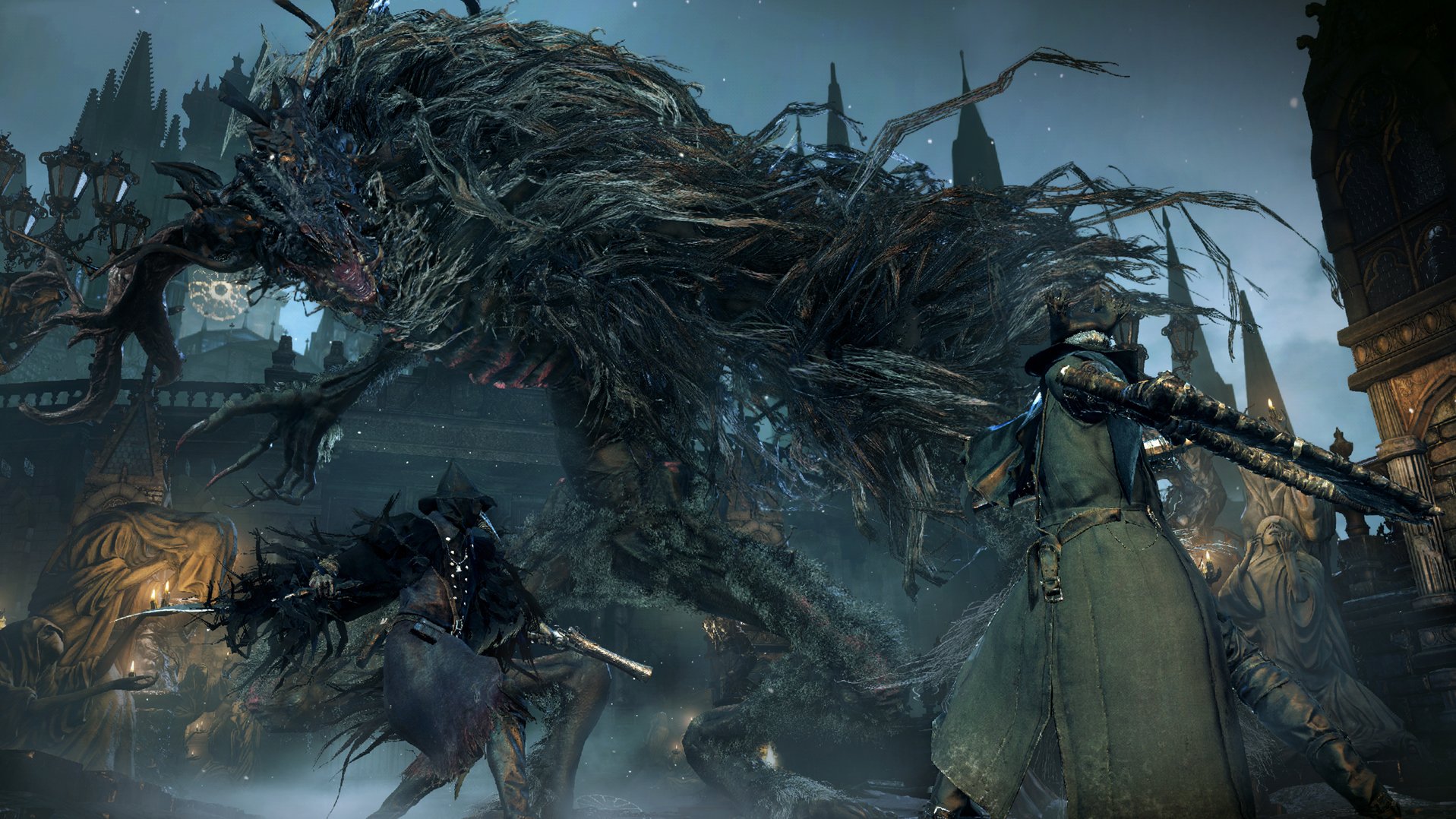 Ezra Fox is coming for the crown. The 5-year old phenom just beat Bloodborne, the notoriously hard PS4 game by FromSoftware. As documented on his dad Robbie’s Twitter feed, Ezra has sliced, slashed, and dodged his way through one of the most difficult souls likes in gaming history. We spoke with Robbie about his son’s achievement, what motivated them to attempt this audacious undertaking and what kind of trouble they ran into along the way. Read on below!

Goomba Stomp: So Robbie, what made you think your son had it in him to tackle Bloodborne?

Robbie Fox: Ezra always loves watching me play my games. He has watched me play Sekiro, Dark Souls 1 and 3, Demon’s Souls Remake, and most recently Bloodborne. He would constantly ask me if he could try, and for a while, I would not allow it. But one day, I decided to just see how he would handle the opening section of Bloodborne. He did surprisingly well, so I let him just keep playing until it got too hard. But he never wanted to stop playing!

GS: How long did it take Ezra to beat the game?

Robbie: With my help of showing him where to go, he was able to finish the main game in 21 hours over a time span of 3 weeks.

GS: Were there any bosses he really struggled with?

Robbie: The bosses that gave him the most trouble were Father G, Rom, and Shadows of Yharnam. The shadows were the ONLY boss he needed help from a Summon.

GS: Bloodborne can be a tough game to navigate. Did Ezra struggle with where to go and how to get there?

Robbie: I would let him explore every area by himself at first. After he would get lost, I would tell him which direction to go and he would figure it out from that point on.

GS: What did he think of the story? There are adults, after all, who are totally baffled by the narrative of Bloodborne.

Robbie: Every game by From Software has very deep lore and the story telling can be very convoluted and confusing even for adults. So Ezra had NO idea what the story was even about. He skipped every cutscene. All he knew about the game was that there were “bad guys” and “bosses” and that he needed to kill them.

GS: Is Ezra priming up for The Old Hunters or did he already clear the DLC as well?

Robbie: He does plan on attempting the DLC. He will fight all optional bosses in the main game first though.

GS: This must’ve been a great bonding experience for you and your son. Any key memories that will stick with you for life?

Robbie: I will remember all of his priceless reactions after beating the bosses! Also, we would always either hug, high five, or fist bump after he did something awesome. It’s those little interactions that I will always hold close to me.

GS: Did Ezra ever think of throwing in the towel?

Robbie: Definitely with Father G and Rom. They took him the most attempts compared to every other boss. He also really disliked the Upper Cathedral area because of all the Brainsuckers.

GS: Any plans to tackle Sekiro or the Dark Souls series?

Robbie: Although all From Software games share similar game mechanics and level design, they also vary in a lot of other areas too. So if Ezra wants to try those other games, I will let him with my supervision. But if he is having trouble or doesn’t like the game, then he won’t have to play it!

GS: What other tough games are you gonna throw his way?

Robbie: He became really interested in the new Ratchet and Clank game after watching the most recent State of Play with me. While Rift Apart won’t be as challenging as Bloodborne, it will challenge Ezra in other ways since he has never played a game with heavy third-person shooter mechanics.

GS: Did you have any concerns about the content of the game? Any worries that Ezra might have some nightmares?

Robbie: Ezra is a very smart kid. He is able to differentiate what is reality and what is fiction. He tells me constantly that all games and movies are “Not Real.” He never played Bloodborne unless I was right beside him, and I would have turned it off if he was scared at any point. And he has been sleeping like a baby every night, always waking up in a good mood. No signs of nightmares.

GS: What were his favorite weapons in Bloodborne?

Robbie: Since Bloodborne has a vast amount of weapon choices, attire, builds, etc. I thought it would be best for him to focus on one weapon for his first playthrough so it wouldn’t be too overbearing for him. He used the Saw Cleaver only because it’s quite effective against most enemies and bosses in the game.

GS: Did you guys tackle the chalice dungeons as well?

Robbie: Just like with the DLC, Ezra will attempt the Chalices with my guidance of course. But if it becomes to overwhelming, then he will probably stop.

GS: Is Ezra gonna go for that much coveted Bloodborne platinum?

Robbie: As far as the platinum, that is something that is still yet to be determined.

GS: What other games does Ezra love? Are they all as tough as this one?

Robbie: One of Ezra’s favorite games is Hollow Knight. It has similar features that have become popular from the Soulsborne series. The boss fights in particular can be pretty tough, but he loves it!

GS: Okay, one final question, does Ezra have any advice for Bloodborne newbies?

Robbie: The one thing people can learn from Ezra beating Bloodborne is that it takes patience, persistence, and to have fun with it. The main reason he was able to beat such a difficult game is because he loved every minute of it!

Well, there you have it, folks. Who knows what Ezra’s gaming life will yield for him in the years to come? One thing’s for sure though, if he can crush a game like Bloodborne, this kid is unstoppable. Best of luck with your future endeavors Ezra and many thanks to Robbie Fox for answering our questions.