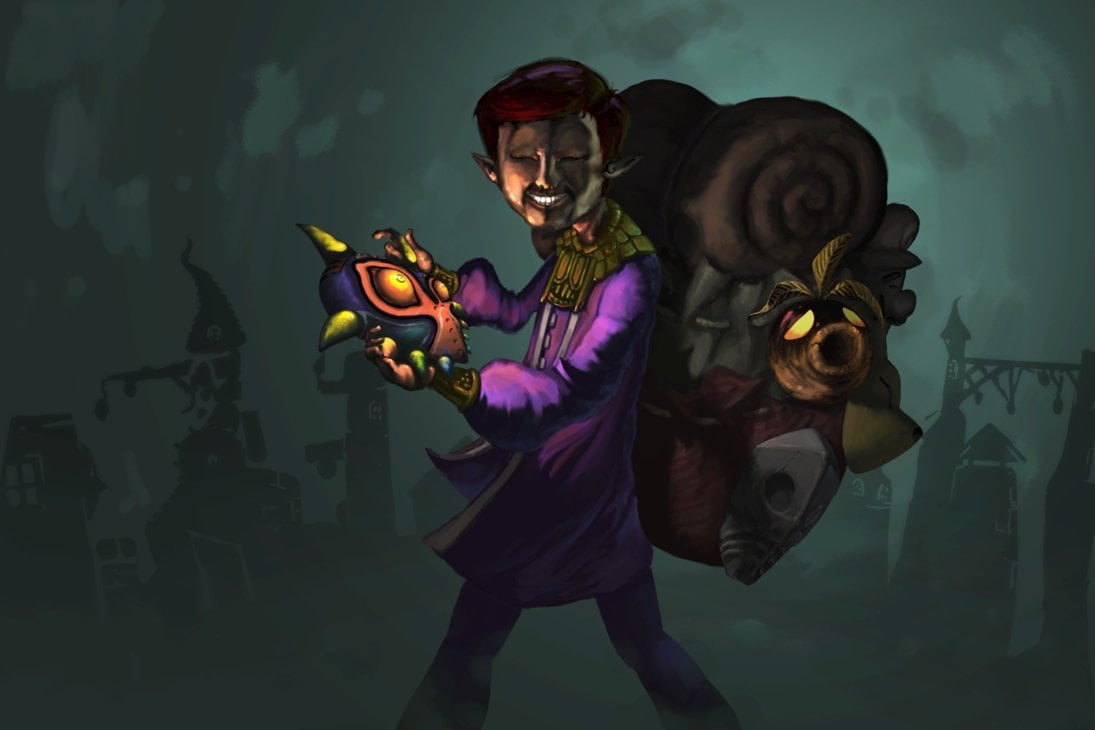 The Zelda universe is well known for having a never ending supply of colorful, unique and often bizarre characters to interact with. From appearance to mood swings and just general behavior, it seems like nearly everyone in the Zelda universe is either evil or missing a couple of screws…sometimes both. Twilight Princess and Skyward Sword alone introduce a long line of bizarre characters in both looks and behavior. There are a few characters who stand out among the crazy, though, a shining example of what others should avoid if possible. With so many to choose from there are a lot of runner-ups as well, including Dampe the slow graveyard keeper, Agitha the ‘Princess of Bugs’ and Beedle the merchant who always remembers to say ‘THANK YOU!’

Starting at number five is Kamaro the dancer. The ghost of a dancer, he is unable to move on until he passes on his final dance. Wearing nothing but a loin cloth and sporting a green ponytail, Kamaro never stops dancing, which looks really weird with his gangly limbs. While Kamaro has appeared very little in Zelda games, he is the focus of a memorable challenge in Majora’s Mask. Kamaro’s mask not only allows Link to help the dancing girls out, but gives Link the ability to dance like Kamaro while wearing it. If it wasn’t enough to watch Kamaro, you can basically put on his face and become him. 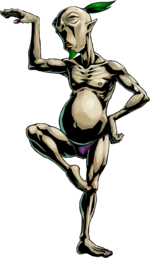 At number four is the Postman, who originally appeared in Ocarina of Time, but not as a postman. Never stopping and extremely difficult to stop, this dedicated postal worker will keep going until the job is done. The Postman has appeared in multiple Zelda games in one way or another. In The Wind Waker he appears as one of the Rito, and in Twilight Princess he becomes a stalker. In Majora’s Mask, it is also possible to deliver the mail for him and receive the Postman hat. While bizarre and fixated on time, he is dedicated to his work…until the moon comes crashing down.

At number three is the Guru-Guru man. Always playing the Song of Storms on his organ grinder, he looks happy, but can quickly become enraged. His organ speeds up whenever he is angry and won’t slow down until he has calmed down. Ironically, he tends to cause his own problems. In Ocarina of Time, he is upset because some boy played a magic song 7 years prior, wrecking the windmill. In Majora’s Mask, he is upset because he feels guilty for stealing the mask of his old troop leader, who turns out to be a dog.

At number two is the Happy Mask Salesman, not only bizarre, but likely one of the most widely discussed mysteries in the Zelda Universe. Much like the Guru-Guru man, the Happy Mask Salesman tends to quickly and unexpectedly switch from one mood to another; literally he seems to switch from one to the next with no transition. Unlike most characters in Majora’s Mask who are counterparts, there is strong evidence that HMS is the only other one besides Link who is actually from Hyrule. Not only that, but at the end of Majora’s Mask he vanishes and has not been seen in a game since. Inadvertently causing the disaster in Majora’s Mask, it has been widely speculated that HMS is actually the game’s antagonist. Whatever his intentions, his real interest in the mask or what powers he has are all still a mystery.

Tingle, obviously it’s Tingle and will always be Tingle. Explaining why Tingle is weird would be like explaining why it is bright during the day; it just is. A grown man obsessed with fairies going around in a green jump suit is weird. Ironically, Tingle is also one of the most heated and disputed characters in the Zelda universe, building a cult following on one side and a violent mob on the other. It became so bad in fact that Tingle was replaced by his opposite character Purlo in Twilight Princess. Tingle is also one of the only Zelda characters to get his own games- yes, “games,” as in more than one. Unfortunately, most of these games are only available in Japan. Just remember, don’t steal his catchphrase “Tingle, Tingle, Kooloo-Limpah!” 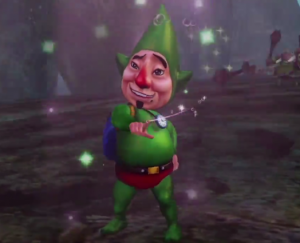 Since Tingle was a little bit obvious for number one there is a special award for most bizarre in the entire Zelda universe. It is unclear whether this being is actually a character or what it is in general, but it does talk, so it is more than a monster. The most bizarre character is the Toilet Hand from Majora’s Mask. At the inn, there is a toilet in the back and when you get too close a long arm will come out and ask you for paper. There is no explanation and nothing besides the arm is ever shown. Did someone fall down there and just stayed? Transformed into some monster? Did a monster teach itself to talk down there? Is anything actually attached to that arm?! 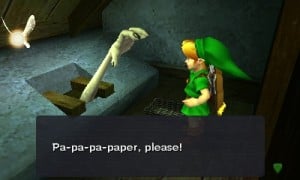