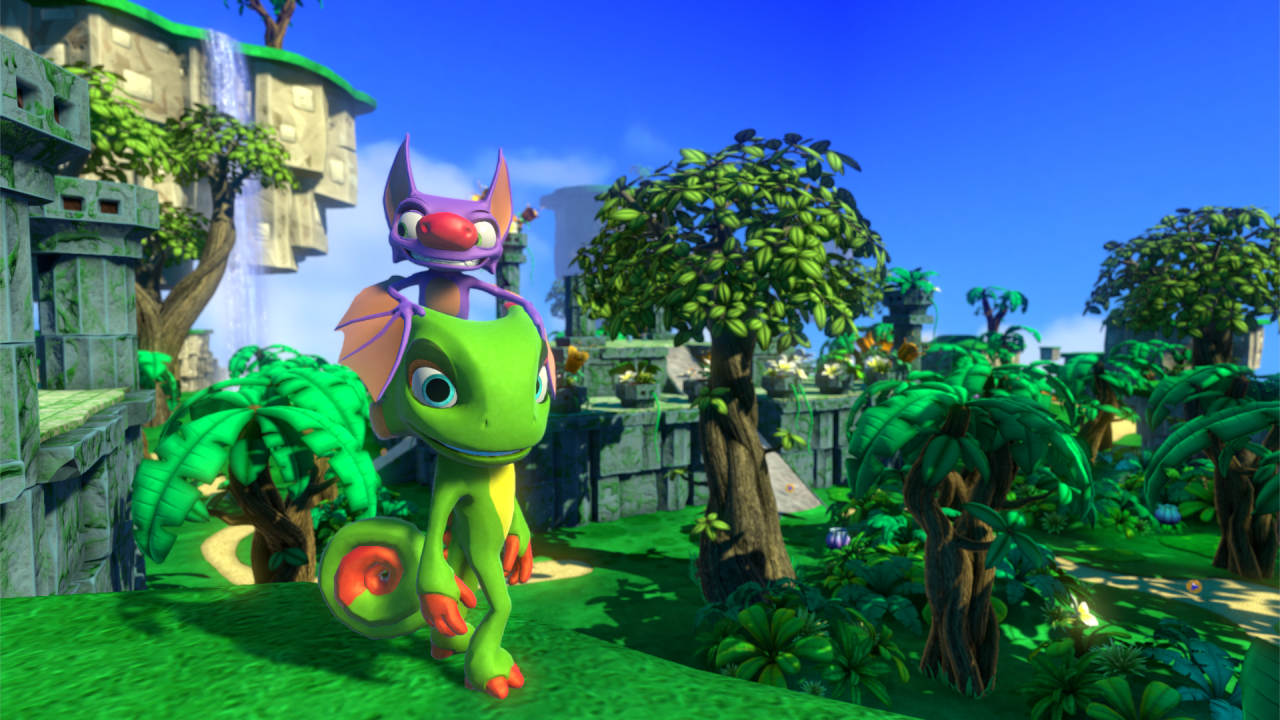 So…the 3D platformer. If there is one genre to influence the industry more, only to vanish into the void of history, it is the stomping ground of Mario, Sonic, Spyro and friends. Of course, Mario remains as full of life as he did 10 or 20 years ago, albeit jumping limply in Nintendo’s current Wii U Dark Age. The legendary plumber remains an active icon to this day primarily by virtue of Nintendo’s ability to innovate the traditional collectathon formula. Be it Super Mario Galaxy sending the titular tradesman into space and redefining 3D level design, or Super Mario 3D World offering co-operative gameplay, Nintendo has kept their flagship franchise fresh as the generations roll by.

Many platforming giants have not been so lucky. Sonic in the 21st century has become infamous rather than famous, seemingly unable to find that perfect transition into the 3D landscape. Spyro, the once legendary Sony mascot of the 90s, and the first game I ever played, fell into legend as the new millennium approached. Whilst what I am about to say next does not apply to all 3D platforming greats, bare with me a moment. The running trend that seems to befall some platform series is an inability to innovate. Mario lives on because Nintendo took their core formula and molded it within other genres ie. Super Mario RPG. Sega could have done the same with Sonic, Sony with Spyro, yet even attempts to do so such as Sonic Brotherhood or All-Stars Racing Transformed could not lift the blue blur back onto his once mighty pedestal.

I have been thinking: perhaps the death of the 3D platformer was inevitable, like the passing of the seasons or something poetic like that. Franchise fatigue is a real thing, as Call of Duty’s milking will tell you, and I fear if the 3D platformer did survive into the 360, Wii and PS3 generation, the same result would have ultimately come to pass. The era of the FPS did not have the room for cutesy characters collecting gems or jumping across platforms unless you want a repeat of Shadow the Hedgehog lolwut. The industry had moved on. Gamers had moved on. Those of us who remain continue to mourn that once magical time and the characters who inhabited it. But perhaps, in the great words of Elton John and Tim Rice, “it’s the circle of life”. 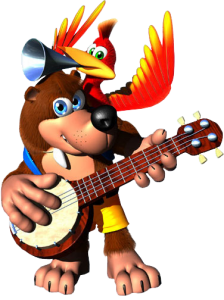 The positive caveat to franchise fatigue is the desire for change that soon follows. Now that we are into the 3rd year of the 8th generation, a seismic shift is currently folding as the desire for military and gritty FPS games begins to wane. Much of that can be attributed to Call of Duty’s cash cow status, the behemoth and cultural phenomenon of the 7th generation now a running joke whenever a new installment is announced. Now don’t get me wrong Mister Man, Infinite Warfare could end up the best Call of Duty game in years, but take one look back at the infamous reveal trailer on Youtube and the sad truth is crystal clear: the Call of Duty era is well and truly over and with it the FPS domination. Games such as Battlefield 1, Doom and Overwatch prove the desire for FPS’s will never truly die, but can we truly say they still rule the roost?

The intrinsic appeal of the 3D platformer is the joy of exploration and fun within a formula that is simple: collect stuff and jump. In the post-FPS gaming industry, the direct mirror to the gritty Call of Duty’s and Gears of War’s is games that are colourful and lighthearted. Case in point, the time could not be better for the 3D platformer to make its return, offering the exact antidote to the modern military FPS fatigue. There is the old adage that money speaks, in which case Playtonic Games’s Kickstarter success Yooka-Laylee is screaming at the top of its lungs. The purest possible successor to platforming legend Banjo-Kazooie, Yooka-Laylee embodies that long forgotten genre in every possible way, a collectathon brimming with delightful cartoony characters to meet and worlds to explore.

£2,090,104 proclaims a burning desire for this kind of game. Nostalgia is a powerful thing; combined with franchise fatigue, Yooka-Laylee could not have emerged at a better time. If the delightful Bat and Chameleon pairing are to be the progenitors of a new 3D platforming era, it is fair to say the industry is ready, and Sony looks to be at the front of the queue. 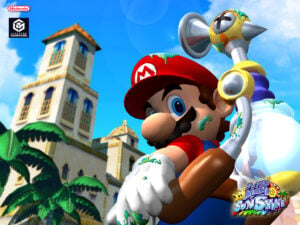 The reveal of PS4 remasters of the original Crash Bandicoot trilogy at E3 is the first major move from an industry giant towards an interest in the 3D platformer genre. The end product, of course, remains to be seen, but Sony has a potential gold mine on their hands, completely driven by nostalgia and a wishful 90s generation.

The success of the remasters will ultimately determine a true return for not just Crash, but other long forgotten platforming veterans by proving to the industry big wigs that the 3D platformer is once again a viable investment.

Many trends come full circle: vinyl, World War games, Pokemon. The tastes of the gaming industry are as rotational as any other form of media, with one genre tapping out for the other when tiredness settles in. Those mascots of the 3D platforming Golden Age have bided their time in the retirement home of gaming past for well over a decade now.

I think it’s time we woke them up.