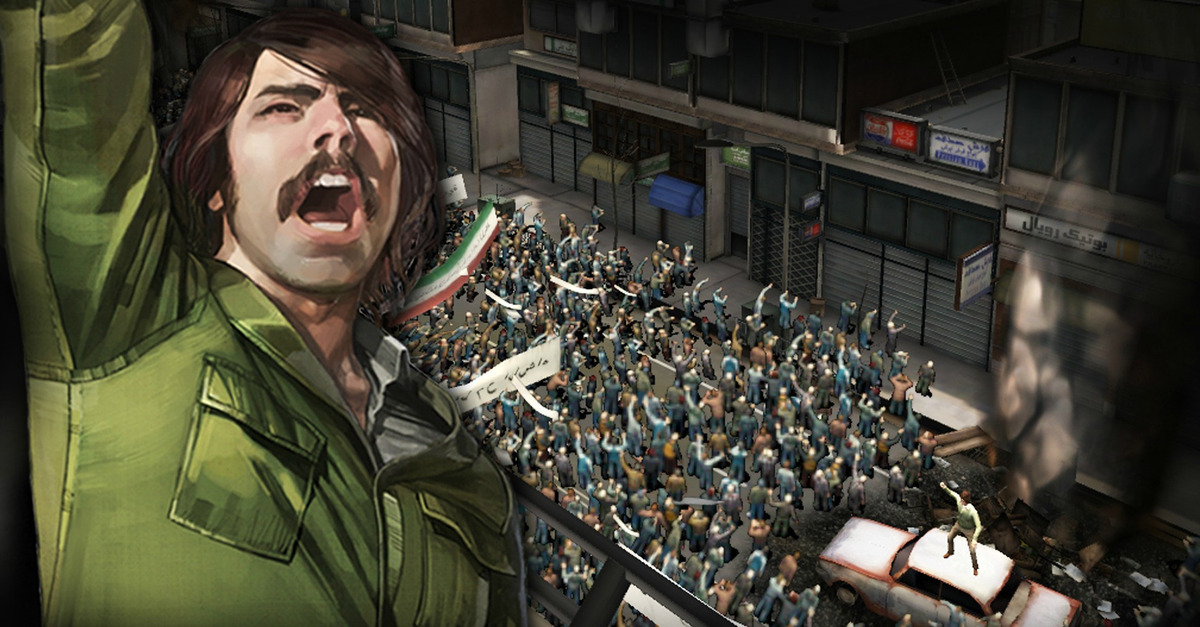 In the U.S., Black Friday conjures up images of card-holding capitalistic consumers clambering over innocent people to get to whichever discount jeans or patio chairs they simply can’t live without. In Iran, Black Friday refers to the pivotal day in 1978 when protesters against the repressive regime were killed and the Islamic (or Iranian) Revolution began.

1979 Revolution: Black Friday, released April 4 on Steam and gog.com, lets you play the story of Reza Shirazi. He’s a photojournalist who’s just come home from abroad to witness his compatriots in a violent revolt against the regime.

The game’s story relies on your choices and follows a narrative of Shirazi’s family and friends amidst the revolution. While designer Navid Khonsari, working under the indie company iNK Stories, has noted the devotion of the team to historical accuracy, the player has freedom with taking pictures (to let the world know what’s happening), answering interrogators and making powerful decisions that affect Shirazi and those around him. 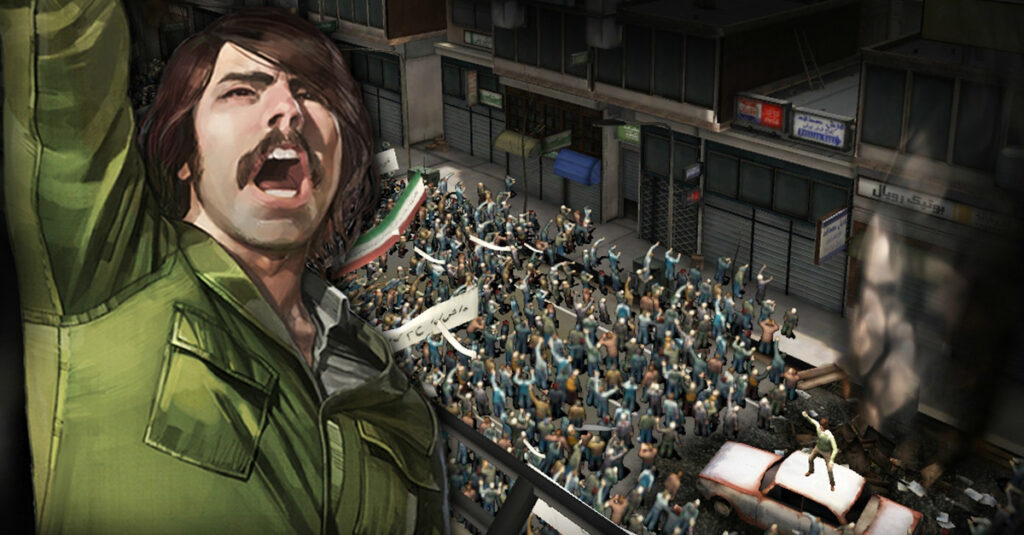 iNK Stories is working on some new projects in the mean time. 1979 was exhibited at Sundance 2015 and one of their other projects, a film called Pulling Arms about arm-wrestling champions, premiered at SXSW Film Festival.

Looking at their roster of productions (most of them in the works right now), iNK Stories is in the business of telling little-known stories and giving them a unique but honest voice. In 1979, one of the most exciting elements to look forward to is exploring Tehran (before things get really bad). Khonsari worked for Rockstar Games on designing entries in the Grand Theft Auto franchise; his understanding of a gamer’s need to roam, explore, collect, and interact with people in a city is precise and exciting.

Khonsari has expressed hope that this game will inspire other designers to make games about history and important events. This could become a way for designers to make innovative stories in ways different from previous generations’ historical precedents.

Bookworm, belonging to a strange school of arcane movie buffs, holding out hope that video games will last forever. When Shirin's not playing video games, they wander the city in which they live, trying to become as fit and experienced as the characters they love.