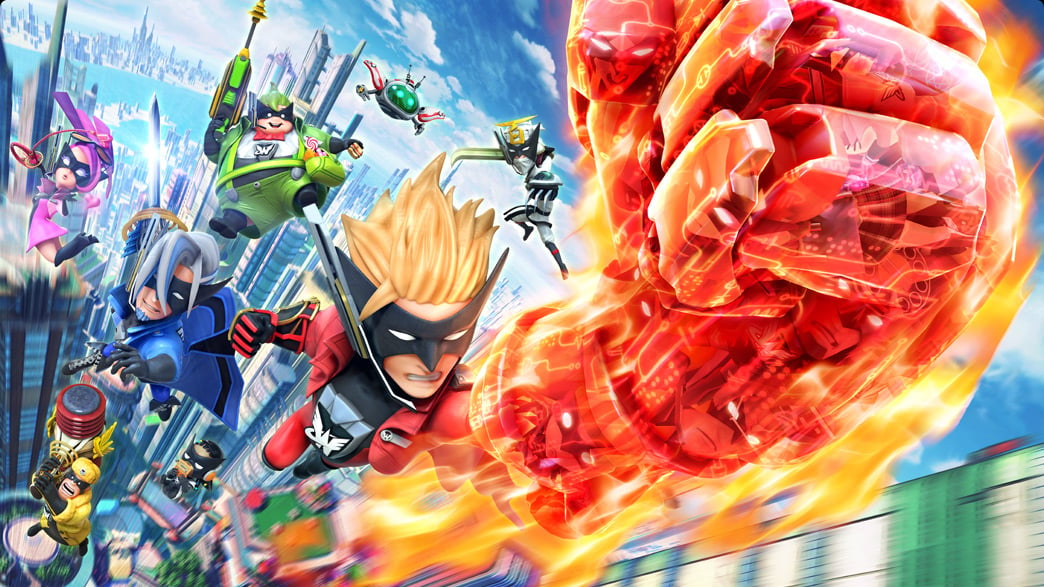 If ever a word could describe The Wonderful 101, Platinum Games’ first foray onto the Wii U, it’s chaotic. Hundreds of tokusatsu-inspired superheroes and civilians litter the isometric model train-like cityscapes, scurrying about like panicky ants, dodging spreading fires, crumbling skyscrapers, missile explosions, giant robots, and alien warships, all while on a mission to defend Earth from invading forces caught in an interplanetary struggle; you know, the good kind of Platinum gonzo pandemonium. Of course, that comes with the bad, which involves loads of frantic gamepad-swiping whenever drawing one of the basic shapes required to transform the flexible protagonists into their many weapons doesn’t register for whatever reason, leading to death and multiple oaths (not necessarily in that order). And yet, despite its flaws, the personality of The Wonderful 101 prevails; no one does crazy like Platinum, and the game is a glorious feast of loony mayhem.

From the get-go the game propels the player into what will become a typical, everyday scenario: a runaway bus filled with school children is on fire after the shiny metropolis of Blossom City comes under attack by colossal machines piloted by lizard aliens. Amid all the swerving, smashing, flame-dodging, and robot-battling, naturally, it is discovered that the road ahead has been under construction, and therefore leads directly toward a steep drop into the vast sea below. From here on the action never lets up, becoming more self-consciously outrageous as each mission passes by.

And it’s a good thing too, because if players had time to stop and think, there are plenty of irritating aspects of The Wonderful 101 that could sour such an original and exclusive experience on the Wii U. Since each of the heroes major to the story have their own special attacks that can be used anytime, but also are required on occasion, wonky touchscreen inputs that seem simple turn into frustration when they don’t work at critical moments. It can be maddening when the gamepad doesn’t recognize a perfect circle or wavy line, and that error is the cause of a restart. Unfortunately, this happens all too frequently and wreaks havoc on the player in a way not intended.

Also contributing to the confusion in both a good and bad way is the number of characters filling the screen at one. While it’s impressive and fun to see the group dart back and forth like a school of fish, for those without massive television screens, the main character can often get lost in the shuffling horde, which doesn’t help when suddenly some precise platforming skills are called upon. Running off the edge off a burning stairwell simply because you didn’t realize the only hero that mattered was standing at the edge takes away from the coolness of the moment a bit.

However, once things get back to those Wonderful Ones working their way through the smoldering wreckage wrought by the increasingly gigantic bosses, battling hordes of enemy alien drones, The Wonderful 101 has the ability to make players want to continue on to see what’s next. Every element of The Wonderful 101 is turned up to eleven. The heroes, of course, known as the Wonderful 101 (the extra one is you!), are a scrappy mix of comic book caricatures with broad cultural personalities that could be offensive if the setting weren’t so ridiculous. Everyone seems to know they’re on a bad TV show, and act accordingly hammy through the melodrama. Code-named by their colors, the interactions between this C-list Justice League provide just as many fireworks as the thousands of explosives blowing everything up throughout the game. In-fighting abounds, whether over leadership envy, or personal grudges.

Colors pop off the screen, threatening to burn retinas into HD heaven. The glossy environments burst with activity and hidden secrets. Particle effects make every missile strike seem like the 4th of July. Even voice actors take it up a notch, laying the accents on thick, be it an overeating German, a boy-crazy Romanian, or a California surfer dude, and they speak in monologues so verbose that Shakespeare himself would be jealous. All this excess speaks to what makes The Wonderful 101 so playable despite some of its more trying gameplay quirks. While pushing buttons rapidly in a vain attempt to try to speed up conversations is a common occurrence, so are the genuine smiles that come with some of the self-aware inane things that come out of these characters’ mouths. Nothing is held back in the game, and that glut of glee is ultimately infectious. The developers are having such a good time creating a world of mass bedlam that it’s hard not to get in the spirit.

This is what Platinum does so well, in so many of their titles, and why The Wonderful 101 is so representative of the best (and sometimes not so much) of their talents. Not as insanely precise as Bayonetta 2, but also not quite as repetitive and unwieldy as MadWorld, it’s an experience unlike any other on the Wii U, one that amounts to a glorious mess, and wonderful chaos.

At 20 Years-old, Resident Evil Code: Veronica is the Last Piece of the REmake Puzzle