2007 was a great year in gaming. The 7th generation of consoles was hitting their stride. A plethora of quality titles hit every platform that year, pushing gaming into the future we now know. Cinematic story-driven experiences made a big push that year, while indie games took a foothold in the wider gaming culture.

Microsoft hit big with two major exclusive titles in 2007. Bungie’s hotly anticipated Halo 3 finally hit store shelves and ripped up the Xbox Live player charts. Many Halo fans still consider it the best of the franchise both from single player and a competitive standpoint. Bungie had been riding high on their success, standardizing many of the online gaming features we’ve become accustomed to while staying at the top of the chart. As with most everything in life, it couldn’t last forever. Suddenly Bungie found itself up against two heavy hitters eroding its player base.

The first was Epic and Microsoft’s Gears of War. A new franchise headed by Cliff Bleszinski of Unreal Tournament and Jazz Jackrabbit fame, Gears reinvented the 3rd-person shooter. Intuitive and simplistic controls, easily snapping in and out of cover with just one button, opened the game up to players of all skill levels. Over the top gory action drew players in and the unique gameplay kept them there. Gears of War would go on to spawn a franchise and influence pretty much every other action game going forward.

Microsoft’s shooters may have been a big hit, driving a lot of customers to the Xbox 360 and its online service, but it was the multi-platform Call of Duty 4: Modern Warfare which really took the world by storm. Infinity Ward’s first step into the “modern” military setting surpassed everyone’s wildest imaginations with its success. It created a worldwide phenomenon, putting consoles in most every home in the US. The series has become a joke in the industry today, but it’s success and the quality of Modern Warfare is not to be understated.

Microsoft wasn’t the only one of the big 3 to find success in 2007. Both Sony and Nintendo hit gold with their exclusive products. Uncharted: Drake’s Fortune garnered a lot of praise for its attention to cinematic detail. The first game in Naughty Dog’s series was rough around the edges, much like the other franchise starters on this list, but it set the bar for what games would look like today.

2007 was also the year that made Ubisoft, for better or worse. The company had been around for a long time, drifting underneath the other major publishers of the day. All of that began to change with the release of the first Assassin’s Creed. This game, while not great per se (or even good if you ask me…) did kick-start the massive franchise we know today. The parkour elements really are fun. Much like Gears of War’s cover-based shooting, Assassin’s Creed’s gameplay design influenced many a title going forward.

During this era, Nintendo was doing… well, exactly what Nintendo always does. They went against the mold, eschewing fancy HD graphics for motion controls and a lower price point. Their gamble paid off, as the Wii was the clear winner that generation in terms of raw sales. They further cemented their lead with 2007’s Super Mario Galaxy. A new style of 3D platformer designed around more easily digestible sections of levels divided up by planets, Super Mario Galaxy satisfied our need for a classic Nintendo experience without resting on its own laurels.

2007 had a lot of “game changing” releases if you can’t tell. Yet another example is none other than Bioshock from Irrational Software and 2K Interactive. Irrational formed out of the ashes of Looking Glass Studios (System Shock, Thief) with Ken Levine at the helm. This game combined the interactive storytelling of System Shock 2 and its predecessor with a more straight forward linear shooter design. Bioshock was a massive success, spawning two sequels and a renewed interest in linear story driven content in an era driven by multiplayer and open world games.

Speaking of multiplayer games, Rock Band dropped in 2007. Yeah, it was that long ago. The Guitar Hero franchise had brought music gaming out of Japanese arcades and into the mainstream. Rock Band took the gameplay formula and ran with it, adding a drum kit and microphone controller. Now a group of 4 could jam out to Tom Sawyer from the comfort of their living room. The franchise started to die off after this due to over-saturation and some poor business decisions, but boy was Rock Band fun.

The release of both Peggle and Alien Hominid HD brought attention to Xbox Live Arcade and the indie scene in general. Both of these games are instrumental in popularizing the digital download service and shining light on the vibrant indie scene. Today most of us get our games from a digital store as well as play indie games. Sure, Steam and Direct2Drive were offering (legal) game downloads on PC before this, but moving this distribution method to consoles really got the ball rolling.

The massive open-ended RPG genre which now dominates the industry received 2 very important releases in 2007. Bioware’s Mass Effect kick-started a massive fan base by developing a universe seemingly rich with lore in the vein of Star Wars and letting players create their own stories through character development. CD Projekt Red filled in the high fantasy bracket with the first installment of The Witcher. This PC only release was rough around the edges (much like Mass Effect) but laid the foundation for a thriving franchise.

There are tons of other monumental releases from 2007. Valve’s The Orange Box introduced us to Portal and Team Fortress 2 along with the last Half-Life release. Skate showed us how extreme sports games could be more realistic while still ridiculously entertaining. Sony Santa Monica supported the PS2 with the beloved God of War II. Retro Studios proved the viability of Nintendo’s motion tech with Metroid Prime 3: Corruption. Crysis destroyed people’s graphics cards.

Clearly, 2007 was an important year for us. The roots of trends we see today took to ground, and the gaming world would be a very different place today them. 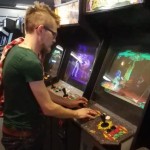 Metroid: Other M Critique and Reevaluation

Other M’s is not the worst game Nintendo has ever put out, but it certainly did not deserve as much critical praise as it... 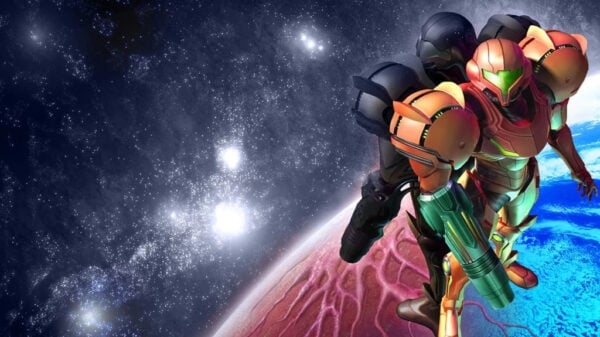 With the Wiimote as your Arm Cannon, Metroid Prime 3: Corruption is a motion control revolution.