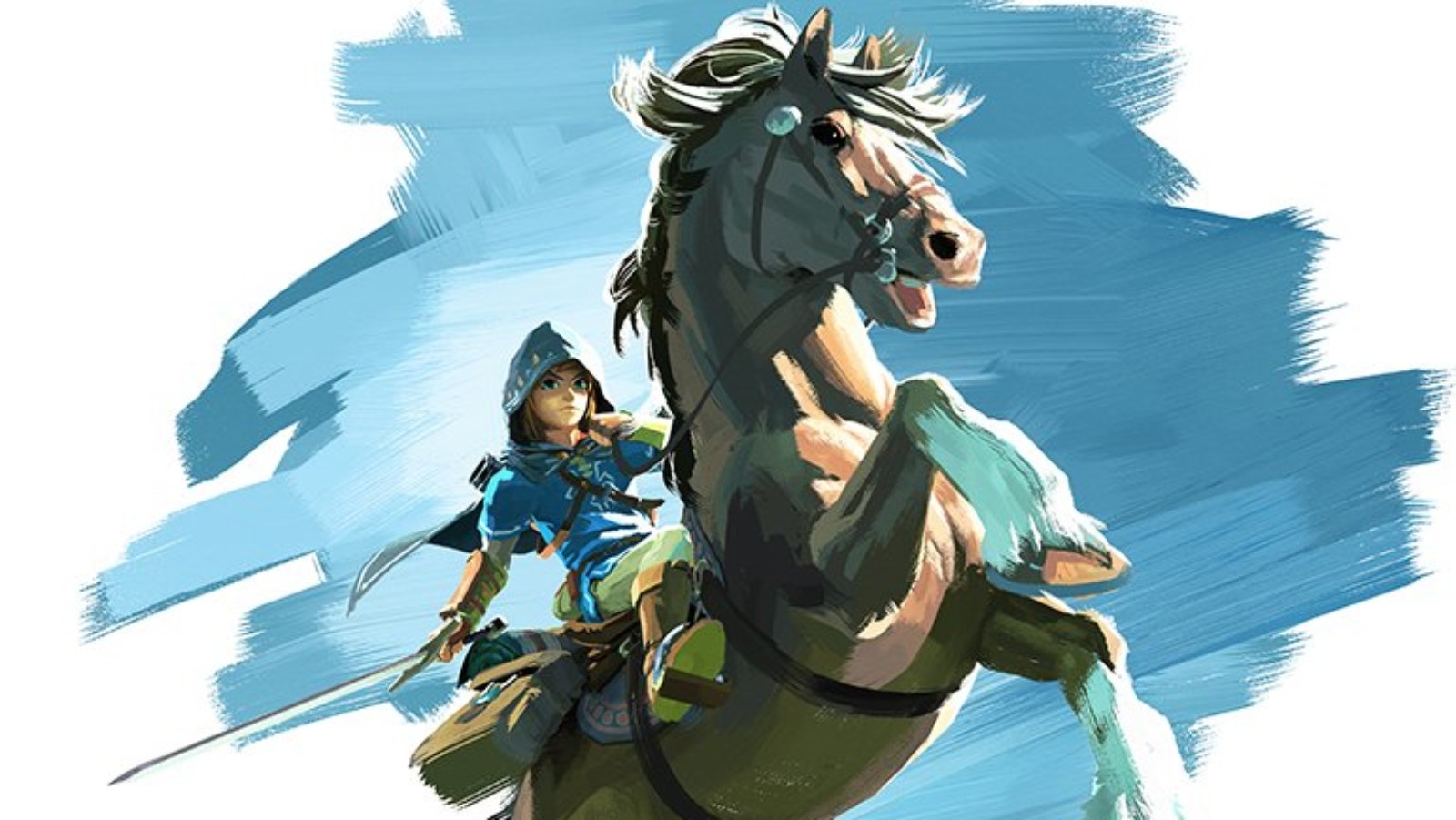 E3 is upon us yet again, and as always, it brings with it huge quantities of exciting game trailers. This year is no exception, and here at GoombaStomp, we’re making an attempt at counting down the 10 most promising trailer deliveries the convention has to offer. There has been a lot of promising trailers so far, so choosing only 10 of them obviously won’t be an easy task.

Kicking off our list is Gears of War 4, developed by The Coalition. 10 years have passed since the original Gears of War game debuted on the Xbox 360, and after two great sequels, we’re left with the arrival of Gears of War 4. This game is set to pick up the story 25 years after the events of Gears of War 3, with JD, the son of the original protagonist Marcus Fenix, serving as the main character.

This new approach to the continuation of the series’ storyline is a very intriguing one, and I can imagine anyone who enjoyed the previous installations of the series being excited to pick it up and experience what has changed after a quarter-decade has passed.

Gears of War 4 is currently scheduled for release on October 11th, 2016, and will be available for use on Xbox One and Windows PC.

With the last installation in the main God of War trilogy having been released in 2010, the return of Kratos to the Playstation 4 is sure to bring huge amounts of satisfaction to a great many people. Anyone who lived to see the prosperity of the Playstation 2‘s golden age is sure to remember the fearsome figure that is Kratos, and according to the E3 trailer, his 2016 revival will have him return as menacing as ever.

Casually reminding us of the aforementioned Gears of War-scenario, it is known that the now beard-brandishing Kratos will have a son in this game, whom he will be teaching to hunt. The game looks great, and does seem to bring a lot of new MMORPG-like elements to the table, which will prove itself an interesting addition to the gameplay.

God of War will be released for Playstation 4, release date currently not announced.

In 2010, Mafia II somehow managed to strike gold in the gaming industry, as the game supplied us with a near perfect blend of action and adventure, with a captivating storyline in the mix. The game features a brand new protagonist, who still seems to be built upon the same foundations as Vito, the previous protagonist of the series.

The Mafia series seems to function as some sort of Grand Theft Auto-like adventure set in a very different time. The main goal of the game has not changed much since the second installation, as the primary objectives still seem to revolve around building a major crime syndicate. The game looks better than ever, but seems to remain faithful to the previous games regarding the base mechanics of the gameplay.

Mafia III is scheduled for release on October 7th, 2016, and will be available for PC, Mac, Playstation 4 and Xbox One.

7. South Park: The Fractured but Hole

Building upon the storyline of South Park: The Stick of Truth, South Park-creators Matt Stone and Trey Parker are once again returning to the gaming scene alongside Ubisoft to release yet another game based upon their TV-series. The trailer deems the game an “Epic RPG”, meaning the gameplay will also be reminiscent of the previous installation.

The player is once again set to assume the role of The New Kid, a character that has just moved to the edgy little town of South Park. The gameplay will be focused around the main cast playing the roles of the superhero personas they regularly make use of throughout the show, and carrying out a feud in which they battle using these identities. Anyone who played The Stick of Truth will be excited to see if this game can live up to the previous one.

South Park: The Fractured but Hole will be released for Xbox One, Playstation 4 and PC.

Very few games have touched as many millennial lives as the Lego Star Wars series. That’s why millions of aging millennials are all stoked out of their minds over the release of this new installation, based upon the box office smash hit The Force Awakens.

Not only does this new game look great visually, but it seems as if the game does a great job at capturing the essence of the film. The gameplay seems more smooth and fluid than the previous Lego Star Wars games, although when it comes to Lego-games, one tends not to ask for too much regarding the gameplay mechanics. Sometimes, simplicity works best.

2014’s Watch Dogs turned out to be a great success, and  now, Ubisoft themselves have brought great joy to many as they unraveled the sequel to the acclaimed game. Much like its predecessor, Watch Dogs 2 will be an action-adventure game infused with a number of stealth elements, but there seems to be some changes as well.

The driving mechanic is said to have been overhauled in order to make the game a tad more accessible as a whole. The player will now also be able to make use of acrobatics in order to make their way around the landscape, and attempt to gain followers and save the city of San Francisco.

Watch Dogs 2 will be released on November 15th, for PC, Xbox One and Playstation 4.

While this addition to the list is not a brand new game like the ones previously mentioned, this HD remaster of our beloved Skyrim has brought ecstasy to fans of the game, and also to those who simply enjoy good games without having tried this particular one in the past.

The trailer shows the nature of Skyrim as it looked on the Playstation 3/Xbox 360, and then how it’s gonna look on this generation’s consoles. The change is tremendous in magnitude, and definitely makes the game look even more stunning than it ever did before.

Skyrim: Special Edition will be released on October 28th, 2016, and will be available for PC, Playstation 4 and Xbox One.

While a lot of new shooters are directing their focus towards bringing forth increasingly advanced portrayals of the modern military scene, the Battlefield franchise is currently taking us back to the times of World War 1, countering the moves of the recent Call of Duty installation.

Battlefield 1 is taking a calculated risks now that they are choosing to go back to a time where the technology and weaponry was bleak in comparison to what we have now, but perhaps this game is innovative enough to score big in the gaming scene. This is in fact the first WWI-themed EA game in 22 years!

Battlefield 1 is scheduled for release on October 21st this year, and will be available for PC, Playstation 4 and Xbox One.

Very few games have been met with the same perpetuated state of momentum in the gaming industry as the Pokémon franchise. Pretty much every time there’s a new Pokémon game on the way, gamers seem to lose their collective mind, and with good reason.

Pokémon has been a staple of Nintendo’s innovation and mass appeal for several decades, and this newest installation looks better than ever, and according to the trailer, this generation will be the most progressive we’ve seen in a while, as it introduces several new gameplay elements and modes.

Pokémon Sun & Moon will be released this November, for the Nintendo 3DS.

1. The Legend of Zelda: Breath of The Wild

There’s simply no doubt in our minds about which game trailer impressed us the most. The new Zelda game has been the most anticipated game in the world for quite some time, and many are starting to become more and more convinced that this game is gonna do justice to the franchise.

This new game seemingly looks great, with a prosperous open world that makes the player rely more heavily on exploration. The hype surrounding this game has been truly enormous, and chances are this game will be a make or break kind of game for Nintendo, as the expectations are so tremendously big.

The Legend of Zelda: Breath of The Wild is scheduled for release in 2017, for the Wii U and the NX.