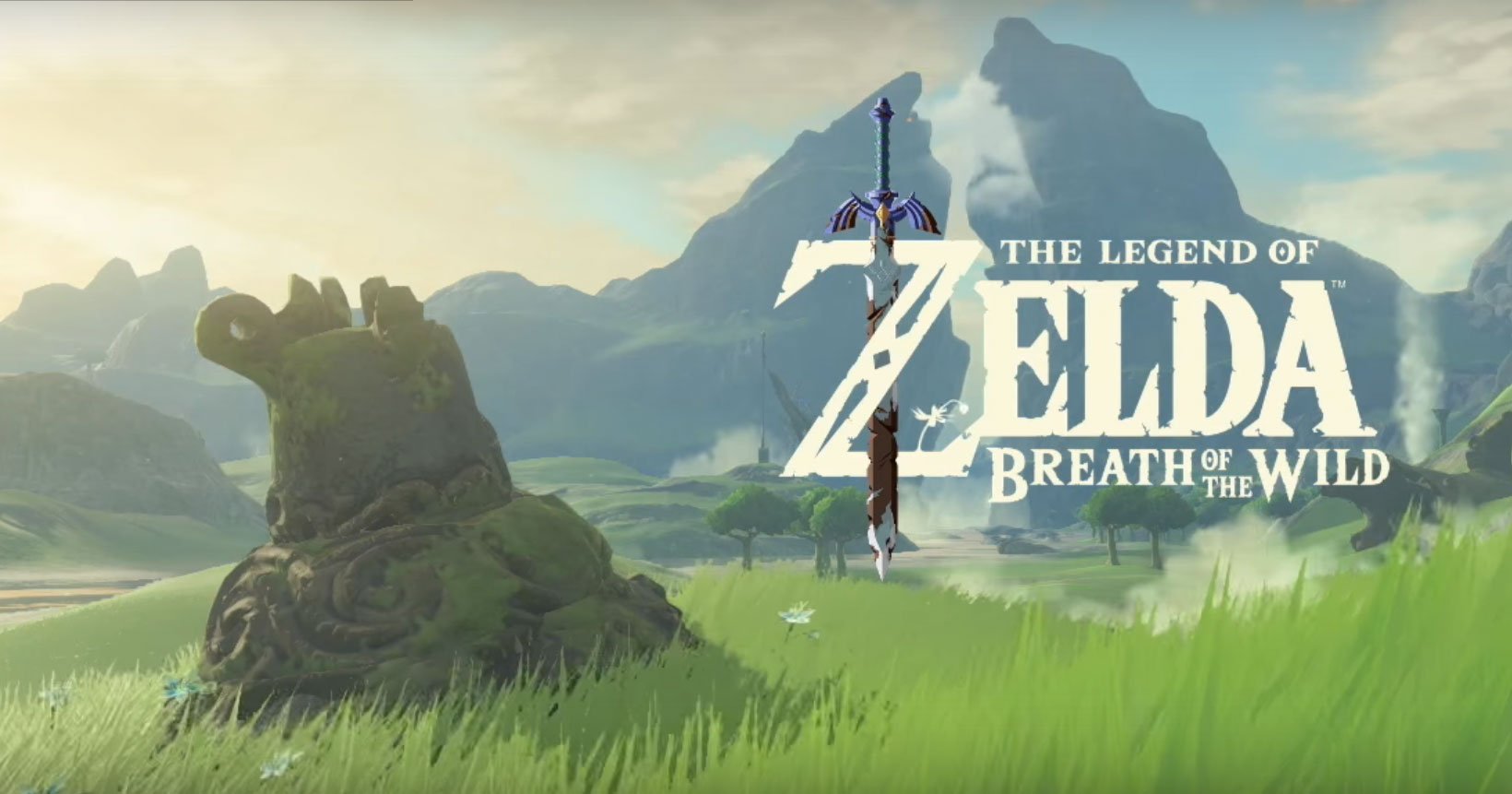 With the end in sight for another glorious E3, gaming fans around the World were invited to experience their first tantalising glimpses of some of the  biggest upcoming titles for the videogame industry. As is tradition for the most iconic gaming convention in the World, there were thrills (Gears of War 4, Battlefield 1), there were answers (The Last Guardian’s release date), and even some surprises along the way (Resident Evil 7), so, without further delay, here is a list of the 10 most anticipated games from E3 2016. 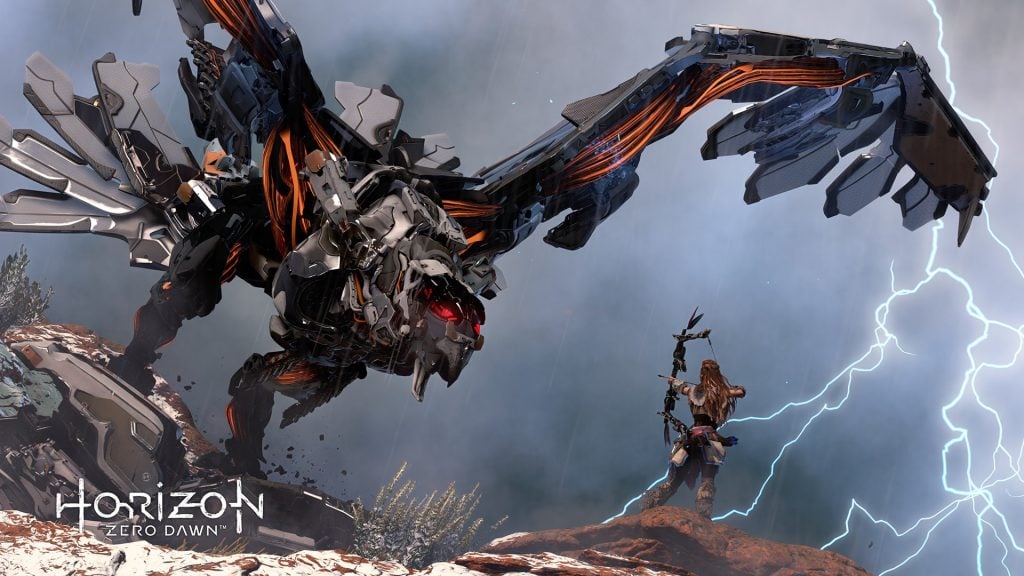 Set in a primitive future, the new AAA title from Guerilla Games puts players in the shoes of Aloy, a machine hunter who seeks answers about her heritage and the fate of previous generations demise. The game pits you against mechanised dinosaurs in a clever twist on the prehistoric age combining the beauty of organic nature with the wonder of anthropomorphic machine/animals and the ways in which they coexist. With what looks to be one of the most stunningly realised World’s in videogame history, Guerilla might have something very special on their hands. 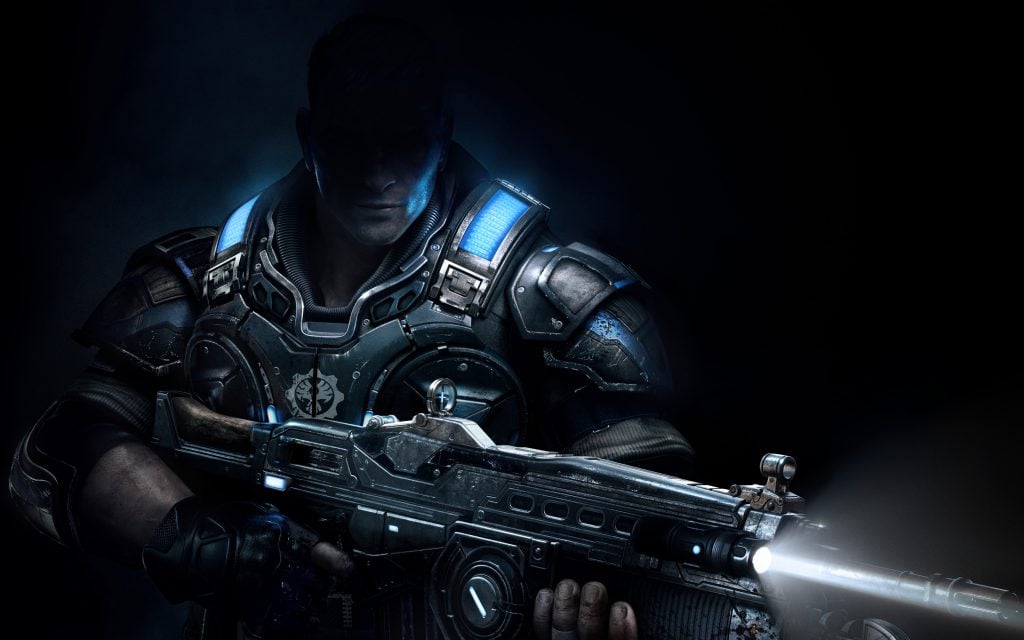 Step forward “The Coalition”: the developer tasked with the arduous challenge of making Gears of War relevant again. After the ill-received Gears of War: Judgement, Microsoft went back to the drawing board as they moulded a new company to spearhead their Xbox One game library, and Judging by the latest gameplay footage it appears to have paid off. With a new story, a few fresh faces, and even more body-obliterating weapons, Gears of War 4 doesn’t look to redefine the replenished franchise, instead it builds on the series foundations we all know and love. 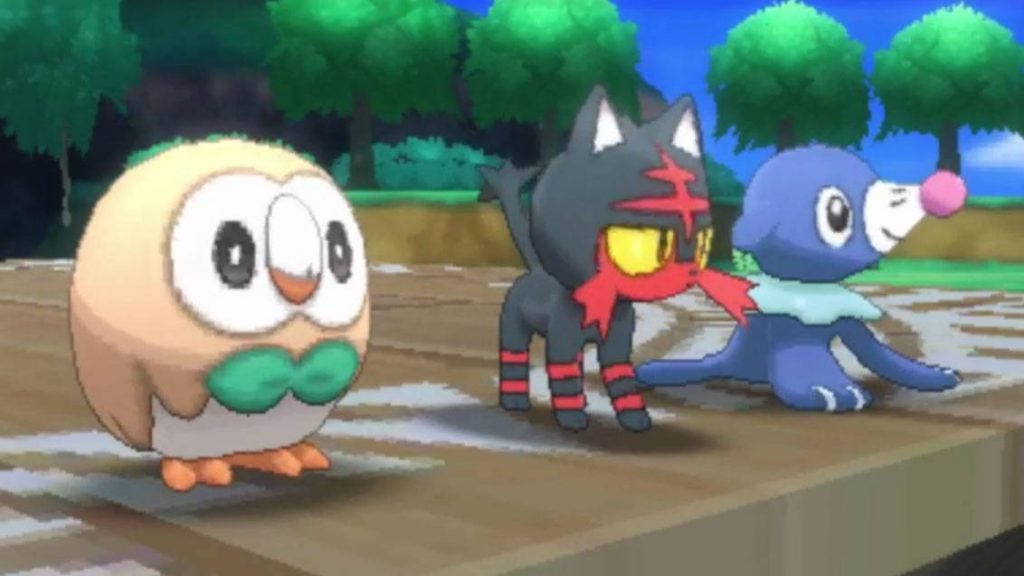 Despite a horribly misjudged gameplay slot (straight after the Zelda: Breath of the Wild trailer and just before the first live gameplay of said title) Pokémon Sun and Moon looks to be another essential purchase for the Pokémon trainers out there. The upbeat, Hawaiian-eque setting of the Alola region is where Pokémon trainers will be spending all their time as they venture out once again to catch ’em all. The announcement that Pokémon caught in the virtual console versions of Red and Blue will be transferable (via Pokémon Bank) to Sun and Moon, and the inclusion of a 4-player battle royal mode ensures Pokémon fans will have plenty to look forward to on November 18th. 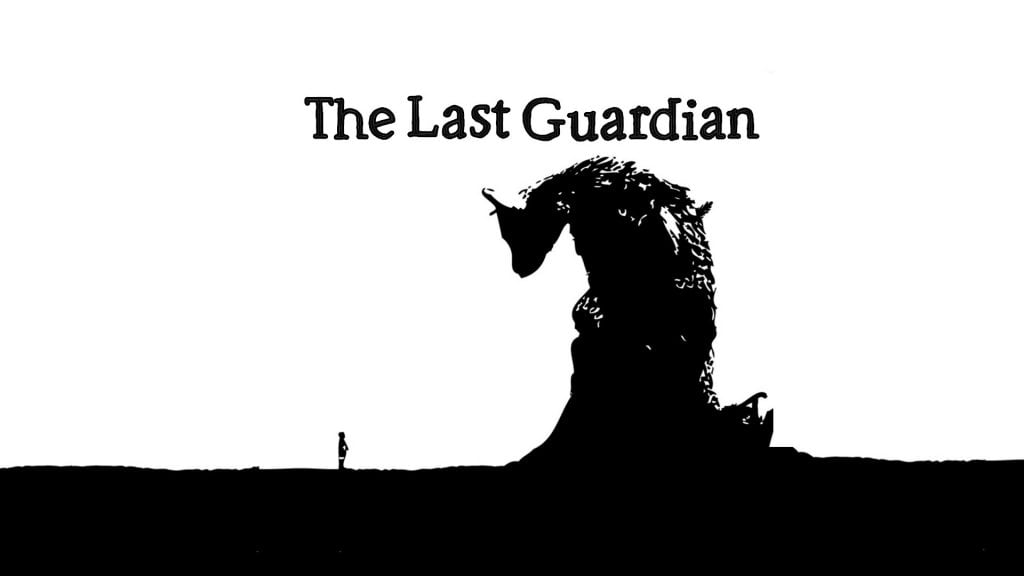 Ever since 2007, loyal fans of renowned titles such as Ico and Shadow of the Colossus have been craving their next fix of Team Ico magic. Now, after 9-years of developmental difficulties and changes of management, game director Fumito Ueda and his team, genDESIGN, have revealed a release date: 25th October 2016! Whilst the story starts out characteristically ambiguous, the basic premise revolves around a boy trapped in a castle and his encounter with Trico, a dog/cat/bird hybrid as they attempt to flee their captors and escape. It’s the complex dynamic between the boy and Trico, and their gradual acceptance of one another’s assistance that will act as the main appeal, but one question remains: can it live up to the hype? 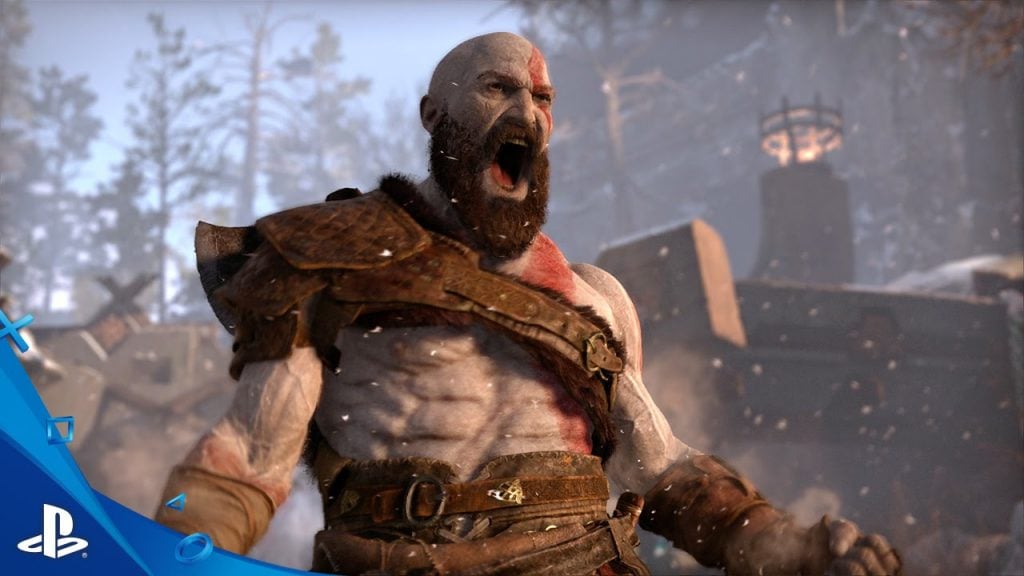 There was always a key ingredient missing from the God of War franchise: heart. Kratos may be the ultimate vengeful badass, but his relentless shouting and sustained anger grew tiresome during long stretches – Santa Monica hopes to rectify this with its rebooted God of War. Set against the backdrop of Norse mythology, this new, improved and paternal-ised Kratos teaches his son to hunt in the wild. Along the way Kratos and child encounter supernatural creatures; it soon becomes clear that this isn’t the God of War we’re used to. The camera remains close behind Kratos as seen in games like Uncharted, or later Resident Evil iterations, but it’s no less brutal or epic. With a unique and fresh approach, God of War is a series reborn. 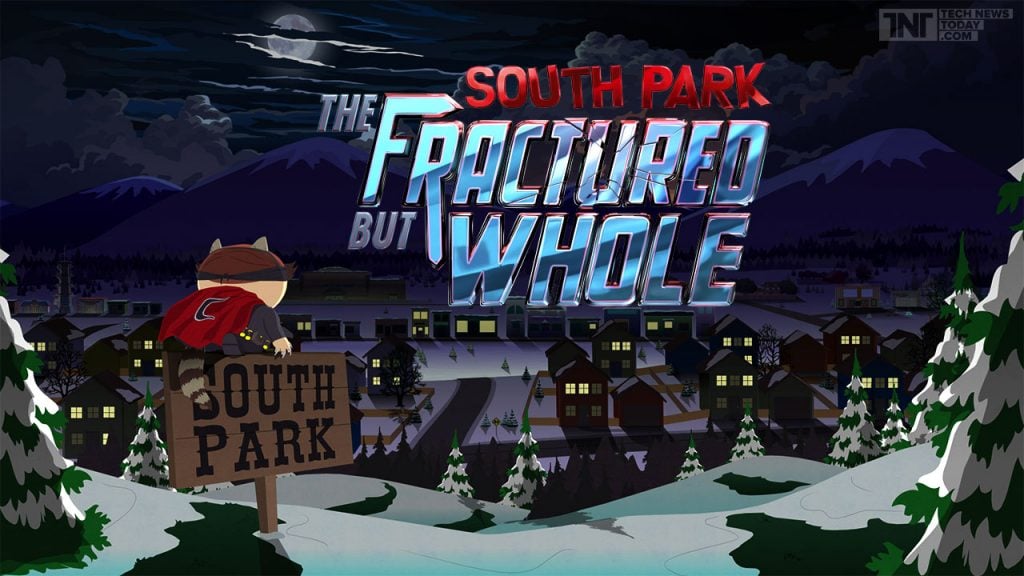 5 – South Park: The Fractured but Whole

If the gameplay footage is anything to go by, South Park: The Fractured but Whole is the continuation of the series perfect transition into the videogame format. The gameplay retains its turn-based battle system, but it borrows the grid management style of the Fire Emblem series to spice things up. The Stick of Truth captured the boys enthusiasm for fantasy lands, but this time they’re playing superheroes, and with the oversaturation of superhero movies you can be sure there’ll be plenty of material ripe for Matt and Trey’s sharp satirical style.

It’s awfully quiet in here. Trying to enter a match in the original Titanfall isn’t as easy as it was at its launch amidst all the initial buzz. Respawn have addressed this issue with the inclusion of an intriguing solo campaign mode that promises to explore the symbiotic relationship between Titan and pilot. The multiplayer has also received an overhaul with the addition of six new titan classes and a grappling hook for more free-running shenanigans. Respawn already possess the blueprint for a compelling multiplayer, but can it carry on over to the campaign? 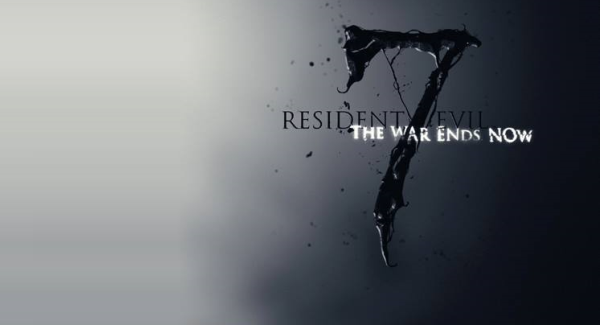 The announcement of the next Resident Evil served up a wild flurry of buzz and excitement on the E3 show floor. The introduction was a surprise, but the fact that it’s presented in first-person and as a key PlayStation VR title brought the internet to its knees. Add a suspenseful demo available to all at the end of the conference and you’ve got yourself a masterclass in self-promotion and hype-building. Director Koushi Nakanishi has already mentioned how he wants to focus on horror-over-action, and how the team have looked back at the original for inspiration – You can almost hear the sigh of relief from those burnt out on the titles post-Resident Evil 4. 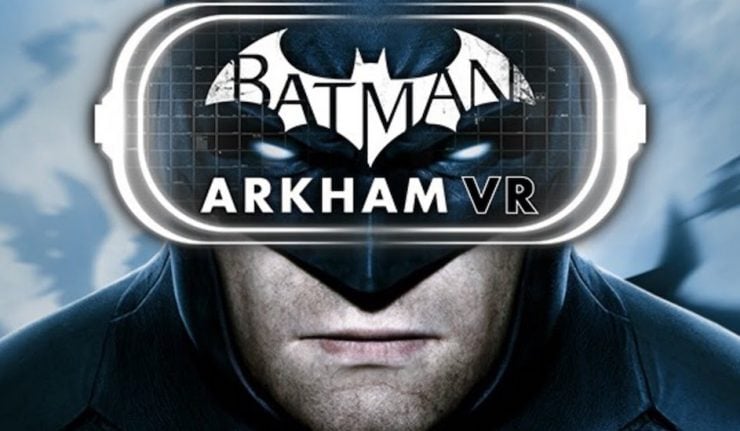 VR, to many, has yet to prove itself in terms of producing a library of fully-fledged games, but Batman: Arkham VR could be the one to change all of that. Not a lot has been revealed about Rocksteady’s next foray into Gotham City, but the sheer possibilities that come with wearing the bat suit make this a game to watch out for in the near future. 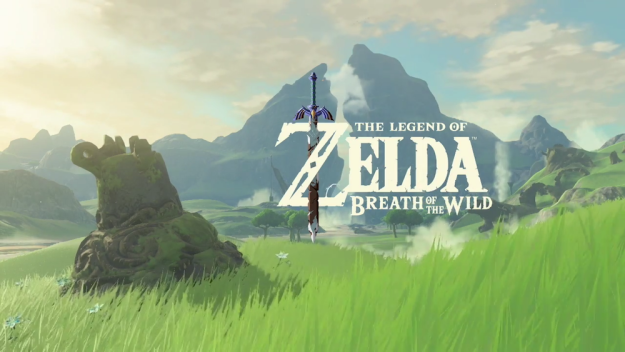 1 – Legend of Zelda: Breath of the Wild

It’s fitting then that we save the best for last. Breath of the Wild lives up to the promises made by series producer Eiji Aonuma, and then some. 12-Times bigger than what we saw in Twilight Princess and filled with a multitude of secrets just waiting to be discovered, Breath of the Wild is instantly as mysterious as it is beautiful and ripe for exploration. Once a half-naked Link leaves the temple of resurrection at the beginning of the game, it doesn’t take long to identify the iconic landmarks that’ve grown synonymous with Nintendo’s popular series: Death Mountain, the Temple of Time, and even the outline of the distant mountains are replicated from the cover art of the original Legend of Zelda. Link can jump (take that in for a moment), climb and scale out-of-reach areas, chop down trees to create bridges or pick food. Breath of the Wild’s emphasis is placed primarily on Link’s surroundings and his dependence on the World’s resources, whether that be collecting food for a cooking pot, or discovering new armour and weapons. Above all else, Breath of the Wild grants the player more freedom than they’ve ever experienced in a Zelda game – the brave amongst us might even attempt to destroy the final boss straight away. Nintendo might not have a lot to offer current Wii U owners in the coming months, but The Legend of Zelda: Breath of the Wild goes some way to softening that blow.