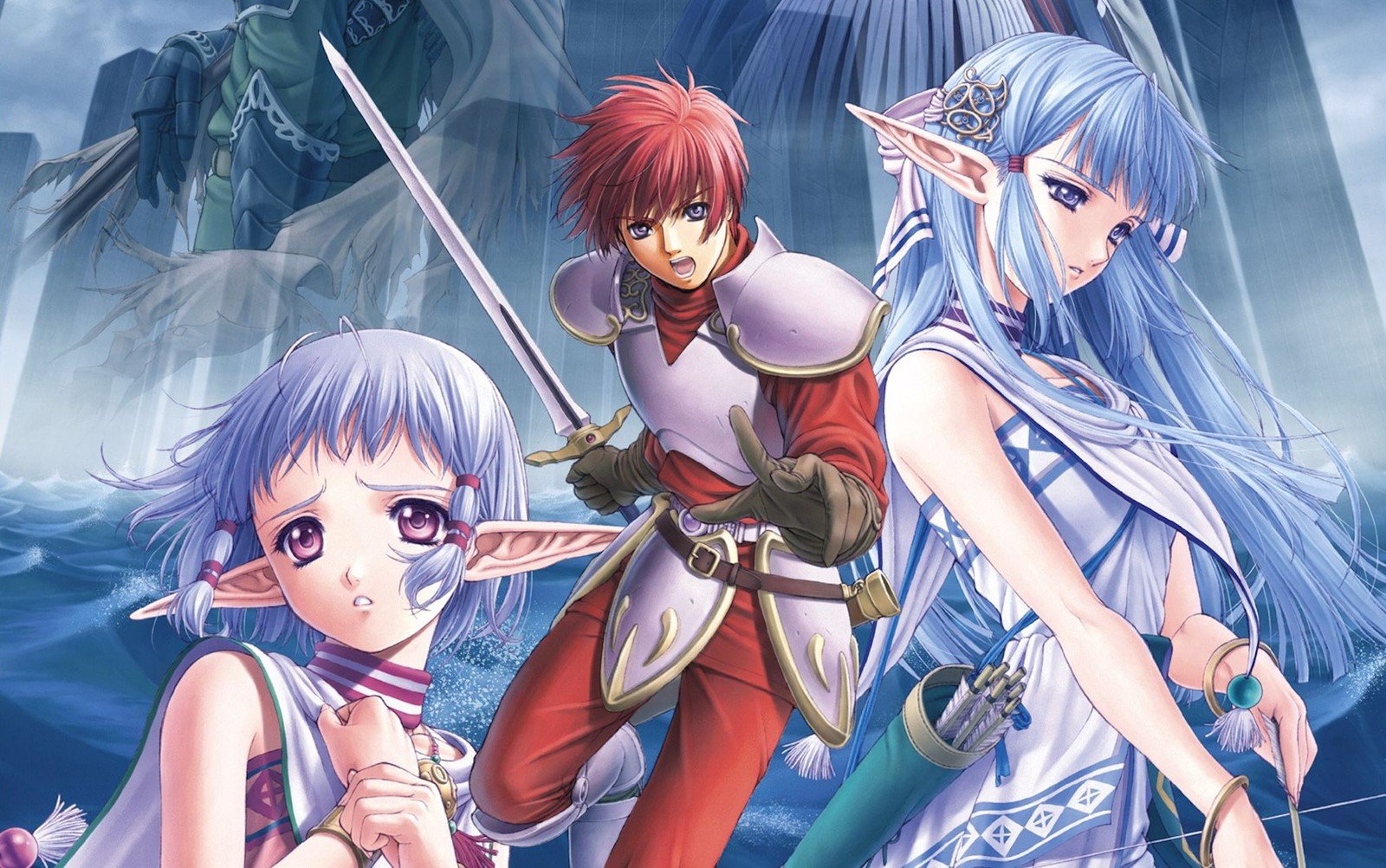 Although Ys always had a strong, core identity in its formative year, the franchise was anything but cohesive in a serial sense. From as early as Ys III: Wanderers from Ys, Falcom set a precedent for Adol’s adventures connecting neither through gameplay or story. While there was a clear chronology in place, one that helped add a sense of scope to Adol’s exploits, Ys as a whole was not particularly interested in consistency between 1987 and 1996. This is not to say that Falcom’s development style was lackadaisical in regards to the series, but that Ys always was more keen on experimenting from game to game.

Ys I and II were more or less always intended as a package deal, justifying their similarities, but Ys III immediately opted for a Zelda II-esque approach, creating a disconnect. Even the fourth installment in the series, which was as close to a return to form as possible for Ys, failed to serve as a straightforward sequel as Falcom chose to license the title’s development to both Tonkin House and Hudson Soft. As a result, Ys IV existed as two separate games: Mask of the Sun for the Super Famicom, and The Dawn of Ys for the PC-Engine.

Adding to the franchise’s perpetual disconnect was the fact that the canonical version of Ys IV, per Falcom, was not Dawn of Ys, which modeled itself heavily after the first two games— going so far as to release alongside them on the PC-Engine with the same presentation, gameplay, and art style— but Mask of the Sun for the Super Famicom. While the series’ seven year hiatus following the release of Ys V Expert in ‘96 is often attributed to Lost Kefin, Kingdom of the Sand’s change of the pace for the franchise, it should be noted how important this downtime was for the series.

It isn’t as if Falcom’s development was struggling during Ys’ first decade. Ys I & II hold up terrifically well, and Dawn of Ys is an easy contender for the title of the best entry in the series, but it was clear that Adol Christin needed a serious change of pace by Lost Kefin. A change that went beyond side-scrolling action, a convoluted duology, or a traditional SquareSoft approach to the JRPG genre. More than change, however, Ys needed cohesion. Which, in many respects, seems to be The Ark of Napishtim’s modus operandi in the grand scheme of the franchise.

Rather than wiping the slate clean in order to reaffirm the series’ identity, Ys VI opts to look back and reconcile each game’s major concepts. Whether those be narrative or otherwise. A supporting character from the first game returns in a major role; the Eldeen which were introduced in the original duology and were further expanded in Ys IV gain even more context; the third game’s final boss and chief antagonist is recontextualized from a mad god into a man-made monstrosity; and Lost Kefin’s gameplay is used as a direct base for The Ark of Napishtim, along with bringing back Terra as a supporting character.

Adol’s adventures were always tied together through the series’ chronology, but Ys VI reconfigures each game’s unique lore in order to retroactively give each entry a definitive, narrative purpose. For all intents and purposes, The Ark of Napishtim becomes what Ys as a franchise was building up to. While this does not change the fragmented nature of the first five games, it does give each title greater weight in retrospect. What’s most important about this approach on Falcom’s part, however, is the fact that it does not abandon a single thread in order to “revitalize” a franchise that had laid dormant for years.

Most developers would have likely seen Lost Kefin’s failure as an all-encompassing one. After all, it was Ys V’s reception that was so poor that Falcom was forced to develop a rerelease a mere three months after launch in order to appear fan complaints that the game was too easy. It would have been easy for Falcom to throw the baby out with the bathwater, and it would not have been a particularly poor move on a conceptual level. Sometimes it’s important to start over in order to move forward. At the same time, it is just as important to recognize that failure is seldom ever all-encompassing.

For as flawed as Ys V was, and it was indeed flawed, there were several ideas at play which would have made for a strong action RPG. Falcom established fairly early in the franchise’s life that Ys did not necessarily need Bump Combat to be Ys. Although Wanderers of Ys stands out as just as much a black sheep as Lost Kefin, its presentation and general aesthetic ensures that the series’ underlying identity comes through even if the gameplay is atypical.

While Mask of the Sun and The Dawn of Ys both served as a traditional return to form, one that very well could have cemented Bump Combat as a core part of Ys’ identity with III and V as just outliers, Falcom was in the right to build off what they had attempted in Lost Kefin. Bump Combat very much could have persisted as a unique and meaningful take on the action RPG genre, especially in a modern context (a topic for another day,) but time dictated that Ys evolve in a way that went beyond Bump Combat.

Thence it is that The Ark of Napishtim’s core combat came to life. While it would be ridiculous to say that every facet of the Napishtim Engine owes it design to Lost Kefin, it is equally as ridiculous to ignore just how important a role Ys V played in its development on a conceptual level. Jumping returns, albeit with more fluid movement; swordplay is dedicated to a singular button, but Adol can now chain attacks together into proper combos; and magic is once again tied to swords, but now in a way where players don’t need to constantly customize their Fluxstones upon equipping a new weapon.

All this said, for as refined as Ys V’s combat ultimately became after the seven year gap, none of the improvements would had mattered had The Ark of Napishtim fallen victim to Lost Kefin’s design pitfalls. Which shows the conscientiousness in which Falcom self-reflected before moving forward with the series’ sixth entry. Just as important as it was to examine what worked in Ys V, an understanding of what didn’t was equally as critical. Lost Kefin is a game bogged down by lackluster presentation, a generic visual style, an incredibly low difficulty curve for a traditionally difficult series, and boss designs that struggle to make use of the core combat mechanics.

In order to avoid the mistakes of its direct predecessor, The Ark of Napishtim looks further back, lifting game design elements from previous games and pushing them into a modern age. Voice acting does not return from the PC-Engine titles, but cutscenes do along with a general aesthetic that reads more in-line with Ys’ persisting art style; character models and the overworld are vibrant with color, akin to that of Adol’s adventures in Esteria, forgoing Lost Kefin’s more muted, bland palette; and boss fights are once again genuinely challenging bouts of action that test a player’s mastery of the mechanics as they once were in the Bump Combat games (and even Ys III to an extent.)

For as unique as the first five games in the franchise are, The Ark of Napishtim sees fit to tie the overarching design elements together. In doing so, Ys crafts a set identity for itself, one that is not game specific. The franchise’s best elements are placed front and center in order to demonstrate what exactly the series prioritizes. This is not to say that the first five games are lacking in a cohesive thread, but that they were always a bit more fragmented than they let on. It certainly helps matters that The Ark of Napishtim places a very heavy focus on ensuring that every piece of Adol’s journey was narratively appropriate in hindsight.

The Ark of Napishtim is more than just Falcom looking back on the franchise in order to tie gameplay concepts together, it is a culmination of Ys in its entirety. The story is appropriately epic, constantly referencing past games either through character designs, archetypes, or within the script itself. The result is a story that elevates the franchise’s lore above the sum of its parts, crafting a more cohesive world to coincide with the now more cohesive series.

In more ways than one, Ys VI: The Ark of Napishtim is a love letter. Not to the series itself, but to the fans who stuck with Adol Christin every step of the way. It is a genuinely great game that anyone can enjoy, but it’s one made all the better when understanding the journey the franchise went on, both narratively and from a gameplay perspective. The Ark of Napishtim unifies all of Ys together by not stating, but showing, that every piece of the puzzle genuinely mattered.