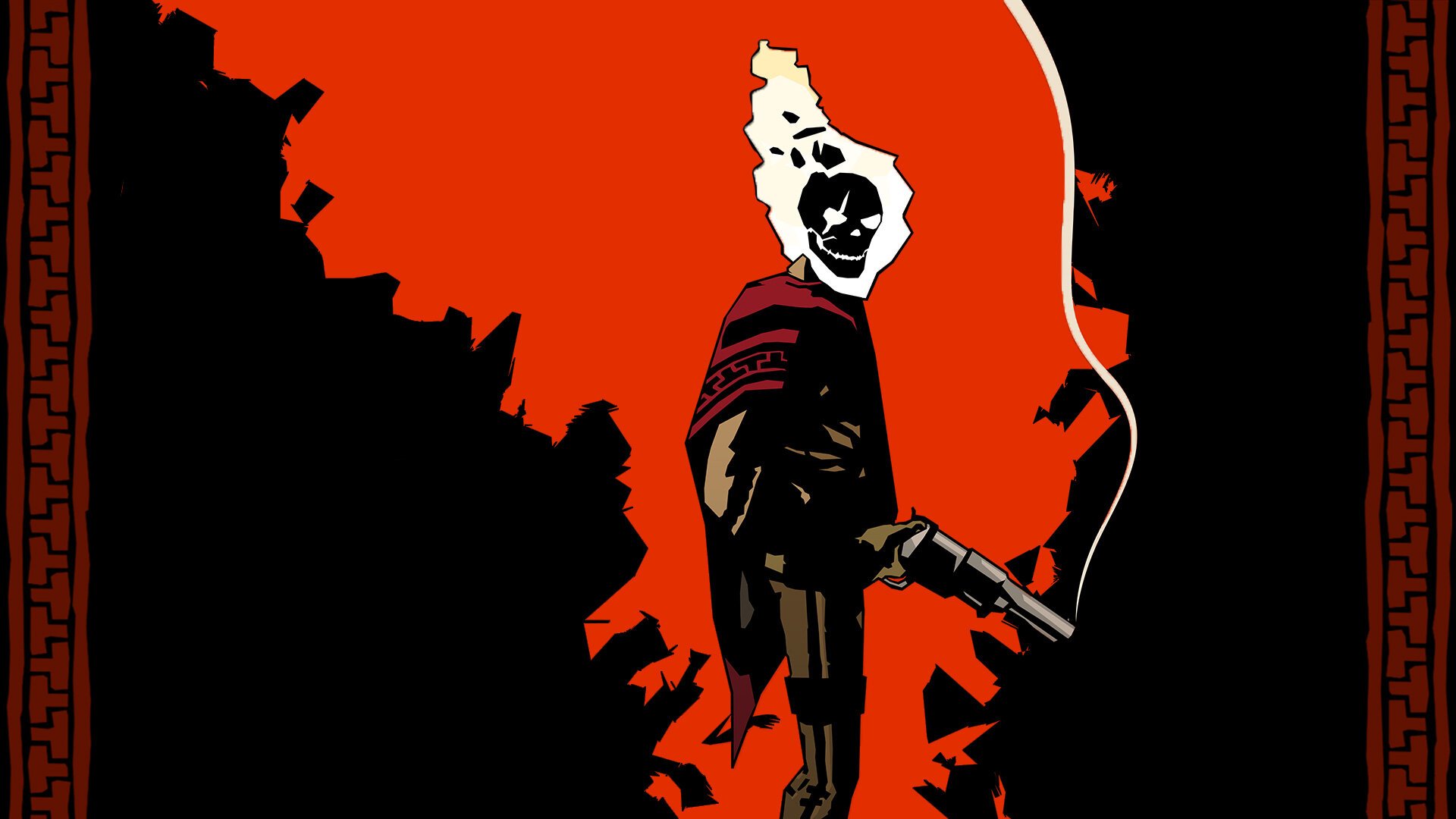 Journeying through purgatory attempting to find a conclusion after death in the shoes of a stereotypical anti-hero may seem like a theme that has been dabbled upon plenty of times before with several other newer titles– because it has. West of Dead is a new roguelike arguably not worth skipping out on, yet it is part of a growing genre with plenty of other alternatives that can fill your appetite. It initially seems like a hodgepodge of genres and mechanics whose own formidable framework can become its ultimate downfall, however, it manages to pull through successfully in many regards to create an engaging cover-based centric experience posing a challenge worthy of standing next to other acclaimed titles in the industry like Enter The Gungeon– but only to a certain extent. Despite its unique ideas and striking visuals, West of Dead is plagued by slumps and nuisances that really hinder a potentially great title. Unfortunately, it embraces the unwelcomed common ideas centered around its own setting- the game’s larger problems make what could have been a superb experience inconveniently hell.

West of Dead places you in the gunslinging boots of the tired out and sinful William Mason (voiced by Ron Perlman) who is attempting to fight his way through quite literally the opposite living side of Purgatory, Wyoming during the late 1900s. As Mason makes his way through the land of the dead, he seeks to uncover the truth regarding his former demise that sent him straight down below to his worst nightmare. Exposition and subcontext intertwine for this character’s story as the game throws both styles of storytelling in between quick action-packed battles and a cast of uncanny yet seemingly friendly characters. The narrative unfolds similarly, though not always successfully, to a large handful of classic silent western character arcs. It holds its aesthetics at the forefront, which satisfyingly looks like a cowboy setting blended into the look of something only akin to a Dark Horse comic book like Hellboy. But the story is often lost in a repetitive yet mildly entertaining gameplay loop. The premise of West of Dead is fascinating, but unless players continually die to hear some great lines or take their time to have small conversations with NPCs, the complete narrative goes missing for the wrong reasons.

From a gameplay perspective, West of Dead seems like an overwhelming combination of genres as it pulls various aspects from action roguelikes, cover-based shooters, twin-stick shooters, and even roguelites, but when you boil down this ride through hell, it fares as a lot less complicated than it may seem on its surface. In fact, while the gameplay loop is often entertaining, it seemingly plays off repetitive as it never aims to expand upon its interesting and mechanics introduced in the opening hours. The core premise of the gameplay is to strategically hop between areas of cover in order to take down enemies one at a time, room by room, dungeon by dungeon, while collecting new tools and upgrades that can aid you. Weapons wise, the game is focused on three different types of guns: short, medium, and long-range items that can be held two at a time along with two other specialty items like a grenade or machete. As you travel throughout Purgatory, you will upgrade your weapons, health, and standard actions to fight the uphill battle ahead. It is the standard gameplay loop you would exactly expect from the type of game built on an admirable foundation that goes heavily underutilized.

The big catch to the solid simplistic gameplay is once again what you would expect from a roguelike dungeon crawler that plays in the same vein as West of Dead, that being if you are killed in battle then you are immediately sent back to the title screen of the game. From there, you are able to continue your save file at the tavern area you started in. Depending on your progress, however, you may get to keep some of your weapons and upgrades that you acquired- and I say “may” with a lot of emphasis as players of this genre know how often that exactly happens. It is a smart way of keeping the game constantly engaging as you slowly progress through the dungeons with each attempt improving on your skills and planning, but it is nothing original or game-changing. West of Dead does not attempt to break free from the issues that plague the genre which inherently bring it down. For a game with such a well-designed framework, it is mind-boggling how the developers did not cave in on the possibilities the gameplay and setting can provide. Worst of all about not being original, the game managed to acquire a faulty aspect that should be optional in its settings menu.

West of Dead has a tight control scheme that is easy to grasp. The auto-aim that can not be toggled, however, can often be painfully unhelpful in many scenarios and ruins a perfect control scheme. For some odd reason, there is no option to turn the auto-aim off, which means you will have plenty of imprecise shots as you maneuver through tight corridors, corners, and low structures while attempting to get a shot or two in on your enemy. The lock-on only activates after remaining in light or hitting a lantern, but even then this issue can still be often problematic. Working efficiently in cornered situations is what West of Dead’s gameplay can often boil down too on. That being said, this can come off as a huge detriment to the player as ammo is a constant necessity that should not be wasted when hoards of cannon fodder obstacles are on their way to send you back to the bar. Every action you commit to takes valuable time that can potentially put you in danger. Although towards the beginning of the game it may have been just a slight inconvenience, as you dive deeper into the Crypts this problem becomes largely impactful due to the rising difficulty. In a title that takes you back to step one every single time you are killed in action, this is a game-changing issue that needs to be fixed.

The artistic direction of West of Dead is by far the title’s greatest highlight, but there are various points in the game where it can be rather cumbersome for the player. It is certainly unique in the way in which it attempts to constantly place you in a gloomy and tense atmosphere, yet the darkness it shrouds the player in can often work against them during action-heavy scenarios where there are just too many incoming bright lights to focus on. On one hand, the art style creates a more thematic atmosphere with the game’s themes and always keeps the gameplay in a tense state similar to a western standoff. On the other hand, however, we have a situation where sometimes there is not much to look at or interact with, ultimately creating an experience that will be frustrating for many people. Overall, it is graphically gorgeous and generally appealing, but it sometimes can fall short during specific situations.

In a genre that has been getting unconventional amounts of love from its resurgence lately, West of Dead is yet another average stylized action roguelike title that could have been amazing. It has a great sense of atmosphere and a tight foundation well-worth building off of in a future title, but it never utilized what it introduced. It never chooses to aim to be something special. For those players looking for a grittier atmosphere to explore for a few hours combined with a challenging gameplay cycle, it is without a doubt worth playing through at a good sale price. For anyone looking for a strong narrative aligned with what you would generally expect from its multitude of genres, you may want to look deeper into the gameplay before sinning that purchase. There is certainly fun to be had in this wasteland, but like the silent and empty town in a failed spaghetti western, West of Dead‘s great setup doesn’t have much to offer if the standoff has no actual payoff.

West of Dead is available now on Xbox One and PC, with Switch and PS4 versions coming later. If you happen to own Xbox Game Pass, you can pick up the game right now!