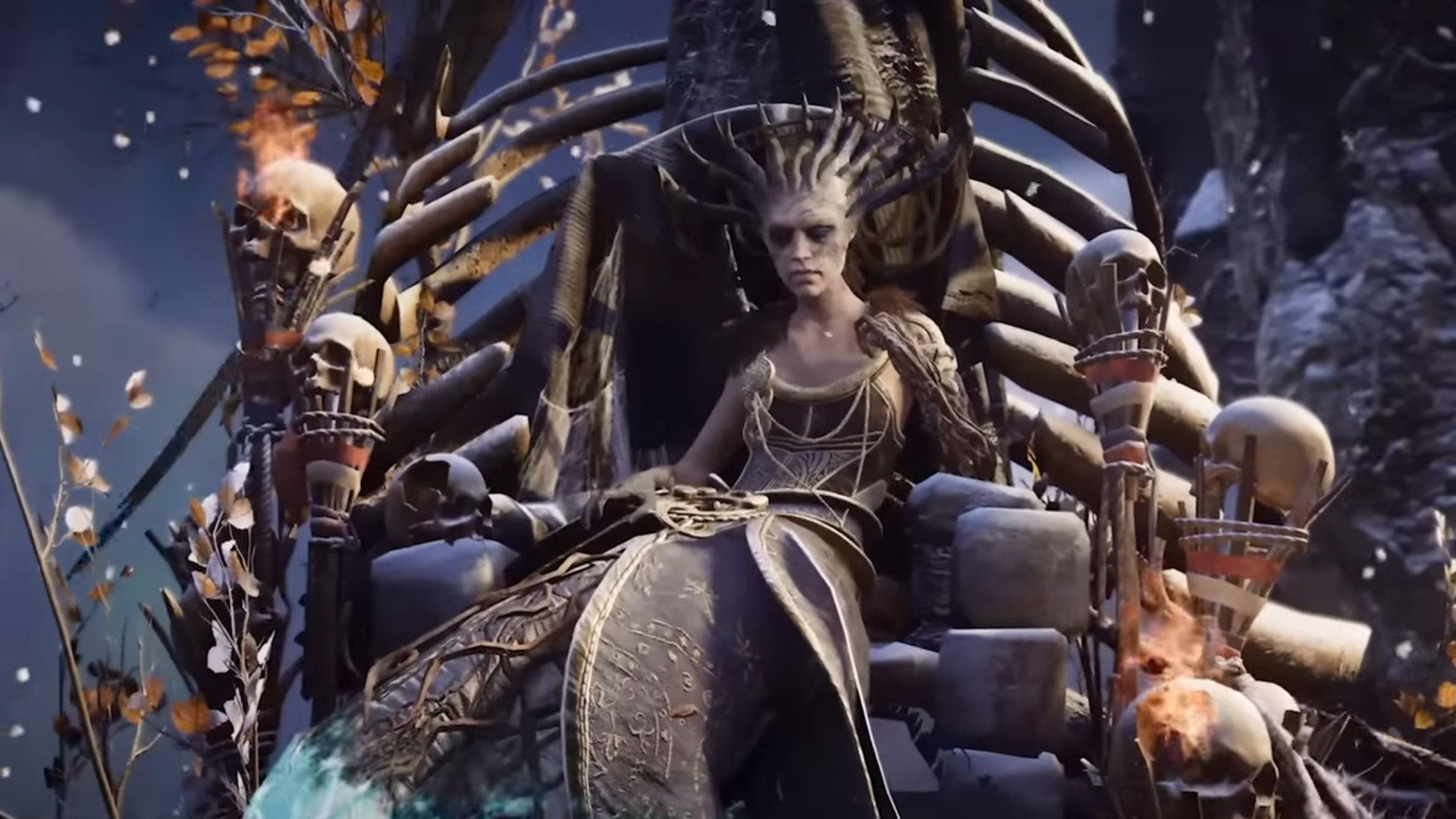 In a brand-new free update for Assassin’s Creed Valhalla, titled Forgotten Saga, players can explore the mysterious realm of Niflheim as Odin in a roguelite-inspired game mode that adds a surprisingly large amount of new content. Ubisoft has released the update alongside a “5 Things to Know” YouTube video that talks through the new gameplay features. Here is everything you need to know before jumping into the Forgotten Saga game mode!

This is the first time the Assassin’s Creed franchise has ever tackled the roguelite genre, but for a first attempt the Forgotten Saga shows a lot of promise. There are four distinct layers of Niflheim with unique bosses and enemies to fight, as well as secret paths that lead to merchants or loot guarded by tough enemies. Combat abilities are accumulated throughout each run and lost upon death, but currency can be used to gain permanent upgrades to make the next run more manageable.

Assassin’s Creed Valhalla players can begin the Forgotten Saga as soon as the realm of Asgard is unlocked in the base game. Players cannot use any items or gear collected outside of the Forgotten Saga mode, so outfits and upgrades must be collected in Niflheim to stand a chance of reaching the end. New weapons overwrite old ones in each run, so decisions must be made carefully to ensure success. Additionally, branching paths in each level provide opportunities to deviate from the main path for more challenging foes but also more desirable loot.

Death is of course an important part of any roguelite, and this is certainly true in Assassin’s Creed Valhalla: Forgotten Saga. Upon death, Odin may meet and interact with certain characters from Norse mythology for some extra lore, but the most important function of death is resetting to the hub area to buy upgrades and switch your loadout. Furthermore, not every side quest in Niflheim can be done in a single run, so it’s important to explore many times to uncover every secret the world has to offer.

Assassin’s Creed Valhalla: Forgotten Saga is available as a free update right now, so make sure to check it out and help Odin defeat the Queen of Niflheim and escape fate. The full developer commentary video can be watched below, and for more Assassin’s Creed Valhalla content on Goomba Stomp, you can read our full review of the game!