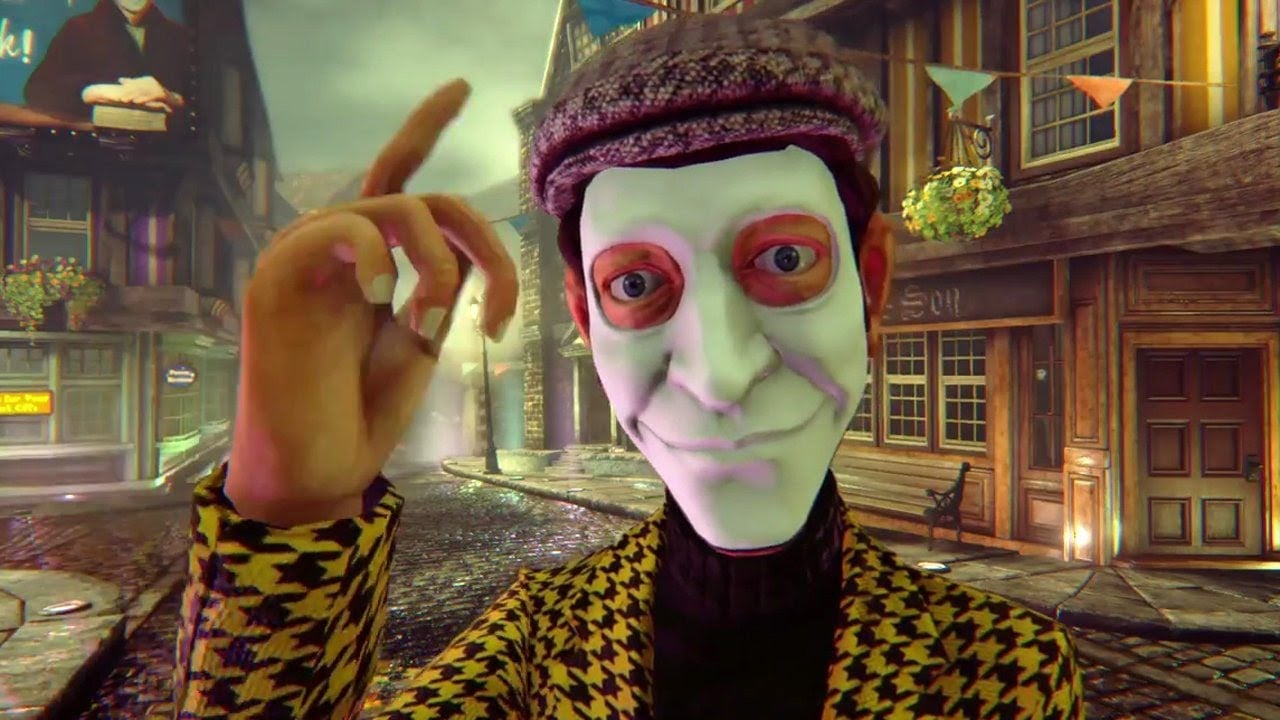 For the first time, Goomba Stomp was live at the Galen Center for Microsoft’s Xbox press conference and the whole theater was jammed packed with media and Xbox lovers alike. Microsoft showcased major IPs like Scalebound, Gears of War 4 and Halo Wars 2 in a tightly-knit, well-organized and action-packed press conference that lasted over an hour. But with every press conference comes good and bad elements so here are the ups and the downs of the Xbox Briefing 2016.

Seeing as how Xbox had a considerably good showcase this year, let’s get the downs out of the way as to leave the best of what Xbox has to offer as the highlights.

At the very least development is still going on for Killer Instinct but adding General RAAM from Gears of War to the mix made KI a mere extension to the Gears of War 4 hype rather than making having its own major presence at the show.

Final Fantasy XV looks to be the most engaging entry in the series yet and the demo they showed at the Xbox Conference proved the direction Square-Enix is taking the series to be the right one. However, the demo did nothing to boost the Xbox brand or convince people to buy the Xbox One version over the PS4 version (which the Playstation name has been synonymous with the franchise since Final Fantasy VII and the Xbox can’t seem to break that). Perhaps it helped a little just giving FFXV some time but it needed that little extra exclusivity to seal the deal.

It’s always a great time when CD Projekt Red comes on stage because that means only one thing, more Witcher. Well, this time around we’ve been given more so a minigame from the Witcher series. The card game, Gwent, has been tweaked for more thorough gameplay but it still seems like a lackluster showing from the indie dev giant.

Of course, Battlefield 1 had a presence at the Xbox Conference but unfortunately, they showed the same footage the EA had shown during their press conference. The best thing to benefit Xbox is that Xbox One owners can play the game early through EA Access.

There came a section of the conference that broke up the fast-paced reveals of major games and that was the explanation of upcoming software updates. These include Clubs, Looking for Group and Arena; three pretty neat features that probably should have been with the console ages ago.

Indie Games Get Swept Into a Video Package Again

This is a major sin that all companies do with their press conferences. They put all of their indie titles in an easy to miss video package. Games like Cuphead, Yookah-Laylee (on the Xbox!? How ironic!) and Slime Rancher don’t get enough time to shine. While these indie devs are surely delighted to have their games showcased for even a second (which is nearly the amount time they’re given, they deserve a little more love.

The Xbox One S

The show kicked off with the Xbox One S, a newer model of the Xbox One which comes with an integrated power supply and a 40% smaller hardware size compared to the original Xbox One (a tidbit which received its well-deserved own moment cheers and woos from the audience.) With 2 TB of internal HDD and 4K Ultra digital video at a price of $299 ($200 less than the original Xbox One’s release) this new model is enticing to anyone still holding out on the Xbox One. It’s now time for Sony to answer with their Neo.

Gears of War is a majorly important I.P. to Xbox and it was equally vital for them to reveal as much of Gears of War 4 as they were able. Studio Head Rod Fergusson and voice actress Laura Bailey co-oped an exciting (but obviously scripted) scene from the game and gave fans in need of their GoW fix a thrilling taste of things to come with the franchise.

Gears of War 4 was announced to be one of the many major games they have in store to be cross compatible with both Xbox One and Windows 10 through their new Play Anywhere system. Back up saves through Xbox Live and switch gameplay from the Xbox One to the PC as you wish. As long as you purchased the game for one console, the other will be accessible. Xbox being more easy-going with their OS and hardware is always a good thing.

Forza is without a doubt one of the Xbox’s major franchises and having a presence at a conference is always beneficial to Microsoft whether or not people enjoy the racer or not. After all the Forza series has had a continual presence on the Xbox One whereas Sony’s Gran Turismo is still yet to appear on their PS4.

The Xbox brand is riddled with games that cater to fans of shooters, racers, and general sports but when a unique exclusive adventure game comes around more eyes turn to the Xbox. Announced last year, this new IP produced by famed Mega Man creator Keiji Inafune had a great showing at the conference as it showed off its high paced action and thought provoking puzzles.

The successor to Limbo, INSIDE is back. While not much was shown gameplay-wise the game is due out June 29. A major up for Xbox. Plus, Limbo will be free on Xbox One so go and get that if you haven’t already.

The action-dystopian game, We Happy Few, is making its console debut on the Xbox One exclusively and it was given a gorgeous showcase that left many people in the audience who weren’t familiar with the game previously wanting more. It will be available on Xbox Game Preview starting July 26th.

Bandai Namco gave Tekken fans what they want with a trailer that showed Street Fighter’s Akuma beating the crap out of Heihachi which had some cleverly integrated fighting gameplay. Even Katsuhiro Harada came out with his trademark sunglasses to say Xbox Live Gold members would be given Tekken Tag Tournament 2 free.

Even though it was leaked a few days ago, Dead Rising 4 still had a great reveal that made the audience laugh and shout as beloved zombie killer/ impromptu weapon assembler/ photo journalist Frank West slaughtered everything in sight the sound of some Christmas Carols. Even fake snow fell from the Galen Center ceiling, it was all so magical.

Legendary game developer and infamous Twitter blocker, Hideki Kamiya came out on behalf of Platinum Games to show off the Xbox One exclusive, Scalebound, a game that had fallen off the radar in the last few months. Luckily the gameplay he showcased proved the game is coming along nicely and has that over-the-top action we’ve come to love as the player character teams up with dragons to quell the monster menace. Not to mention the vigorous tunes that played felt reminiscent of Metal Gear Rising.

Despite the rebellion from Playtonic, Rare is back and they sure are in major development mode on behalf of the Xbox. While the cringy Youtubers playing the game didn’t add much except for forced facial reactions, the game itself looks bright and colorful. Perhaps the new Rare will soon come into its own. At least Microsoft is letting them do something more than Kinect Sports games.

These are two huge games revealed at Xbox’s briefing this morning. Even though we were only given cinematic trailers for both, at the very least we know they’re coming and it is always a major plus to have a Halo game at a Xbox conference.

The biggest atom bomb to be dropped at E3 thus far is Xbox’s mention of their new console, Project Scorpio, coming Holiday 2017. Promised to be the most powerful console to ever exist, it will have six teraflops of performance speed as well as 4K gaming and is also focused on being a VR integrated machine. With Xbox officially revealing a new console on the horizon will this leave Sony and Nintendo in desperation to reveal their NEO and NX respectively? Surely, they must be anxiously cooking up something to compete.