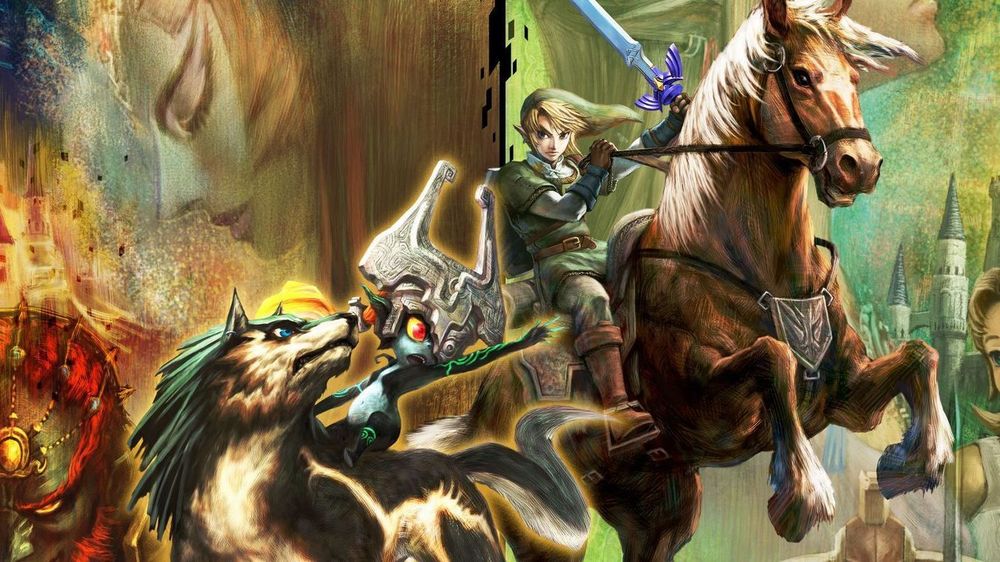 The latest Zelda remaster, Twilight Princess HD, was released recently. While it still offers all the greatness of the original, it has been drastically improved upon. Many of the changes are fairly obvious but also remarkable in how much of a difference they make in the HD version. Of course, some changes were implemented just to show off the new hardware- the Wii U gamepad gets a lot of love, for instance. However, some graphics have been updated or entirely redone in order to work at full HD. Unlike The Wind Waker, where the upgrade wasn’t as obvious (mainly due to the cartoon design), it is extremely noticeable in Twilight Princess HD. Looking back at the previous two versions kind of makes you feel like you played them with dirt in your eyes. Many of the character models appear to have been at least partly redone; Link’s hair for instance no longer looks like a bad toupee. While everything is much sharper, there are certain things that were not updated or replaced.

When Twilight Princess was ported to the Wii Nintendo had to throw in a bunch of Wii-mote flourishes and ridiculous hand movements. Apparently lightning can strike the same place twice, because Nintendo had to throw in a bunch of Wii U gamepad gimmicks this time. Many of the actual changes to the game revolve around features connected to the signature controller. To be fair, the touchscreen and motion controls in the gamepad are a lot more useful than waving my arms around like a madman. You can access your map or switch items without pausing the game, which I found to be an interesting challenge when fighting a boss. It does make things faster and more convenient, especially when a giant monster isn’t attacking you. There is even a button now to automatically switch back and forth from Wolf Link.

There are some changes to the game itself, mostly cutting back on repetitive missions to make gameplay smoother. An early example of this is the fetch quest for the Tears of Light, which has been vastly reduced. Some cutscenes have also been reduced slightly in order to keep up the pacing. One thing that was added is the new Hero Mode, a higher difficulty setting where the player takes double damage, a concept originally added to Skyward Sword. It’s an interesting challenge for any Zelda fan, but not the ultimate challenge. Unlike Skyward Sword, the player doesn’t have to beat the game before Hero Mode unlocks; it is available from the beginning.

The major change in Twilight Princess HD is the use of amiibos and their effect on gameplay. Link and Toon Link fully refill arrows (once a day), Zelda and Sheik refill hearts (also once a day), and Ganon doubles damage taken. For those paying attention, yes, if you use Ganon while in Hero Mode it will quadruple the damage taken from enemies- the ultimate test of skill and a nightmare to do. The Wolf Link amiibo, which comes with the game, unlocks a special area called the Cave of Shadows. An interesting challenge, the player must fight increasingly difficult waves of enemies in order to reach the bottom of the dungeon while stuck as Wolf Link. There is no way to heal once the dungeon is started except for hearts stored up during previous runs. One issue this has is that the player is forced to stop at certain intervals and start over before going deeper. While I have not reached the bottom yet, supposedly there is a massive wallet that holds 9,999 rupees. I would suggest buying the game new just to get the Wolf Link amiibo which is well worth the price (not to mention that for collectors the amiibo alone is selling on eBay for even more than the bundle is selling at; which is just crazy).

With these new additions and features, Nintendo has taken one of the greatest games ever and made it even better, something any real gamer would be amiss for not playing.