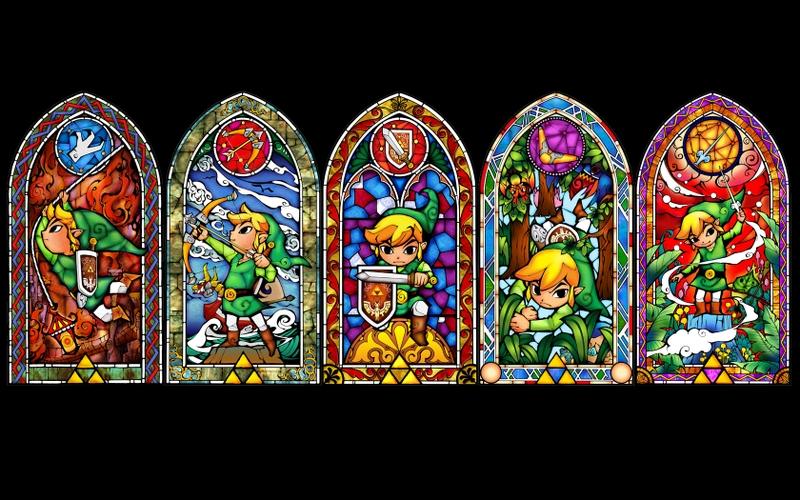 Legends say, that when the kingdom is on the verge of destruction, a hero clad in green will appear to repel evil and save the world. In The Legend of Zelda series that role always falls on the youthful and resilient Link. Time and time again, Link answers the call of destiny by taking up arms to slay whatever ails the kingdom of Hyrule. But Link is usually just retrospectively analyzed as one amalgamate hero, while actually he is so much more than that. Link is 15 different heroes, to be exact, and with each separate hero comes a distinct story and adventure. So, let’s give the heroes of Hyrule their due and appreciate their own unique contributions to the series as a whole.

The Beginnings of a Legend Chronologically, the first Link to ever take up the sword and defend Hyrule is Hylia’s Chosen Hero. Mentioned briefly in Skyward Sword as the reason for the Loft Wing Ceremony, Hylia’s Chosen Hero battled in a time when the earth was still in its infancy. The Goddess Hylia used the power of the Triforce given to her by the Three Goddesses, who created the world, to battle the scourge of monsters summoned by the Demon King Demise. Of course, even with the Triforce, this was a task she couldn’t handle alone.

Not only did she unite the world’s tribes, she anointed Link as her chosen hero to help her defend against the monsters, something he accomplished quite well. It was an effort accomplished so well that the Goddess herself gave him her blessed sailcloth as a gift of appreciation for putting his life on the line for herself and the world.

The Hero of the Goddess The same Link who was constantly bullied by Groose and his gang of ne’erdowells was also the first successor of Hylia’s Chosen Hero. In a time before Hyrule was even a kingdom, The Hero of the Goddess took to both sky and land in order to save the world from the returning Demise. In doing so, he forged The Master Sword and used it to slay the Demon King in a winner-take-all battle within the Sacred Realm.

Unfortunately for Link and Zelda, killing Demise placed a curse upon the two’s descendants. Those with royal blood and the spirit of the hero are fated to meet constant battle against the forces of evil for ages to come. But that’s a problem for future Link! Link and Zelda celebrated their victory by making home on the land below the clouds, planting the seeds for the beginning of Hyrule as well as the Hylian race.

The Hero of Men When the lands began showing signs of fruitful civilization, another scourge of monsters came and attempted to lay seige to the world. According to the prologue of The Minish Cap, a young man clad in green with long flowing blond hair came down from the heavens like a gift from the Goddesses themselves. It was The Hero of Men, and he did indeed hold a gift from the heavens.

The Picori Blade was given to him by the Minish, the descendants of those who remained in the sky during the events of Skyward Sword. With the mighty blade, Link banished the monsters within the Bound Chest using the sword as a seal. After saving the world, he vanished into the woods, never to be seen again.

The Hero of the Elements Link ventured through Hyrule, collecting the elemental artifacts as well as using the power of the Light Force to forge the Picori Blade into the mighty Four Sword, which held the special power of splitting the bearer into four. Of course, he did not venture alone. Ezlo, a former Minish turned into a smart-mouthed green cap by the evil Vaati, showed him the Minish ways of transforming into minuscule size to access certain temples, all while sitting comfortably on top of Link’s head.

But Vaati would have none of this nonsense. In the Palace of Winds, Vaati would be consumed by his dark powers and transformed himself into a hideous monster. However, the power of the Four Sword proved too much for Vaati as the monster was sealed away within the Bound Chest, but this time with the Four Sword as its seal.

The Hero of the Four Sword But alas, the seal of the Four Sword weakened and Vaati escaped his imprisonment. Vaati, who had lost all memory of his time as a Minish, began kidnapping beautiful maidens from all across Hyrule taking them up to his Palace of Winds.

The tale of The Hero of the Four Sword is told by those rescued Maidens. They spoke of a hero who broke into the Palace of Winds carrying a sword that split himself into four warriors. The split hero once again sealed Vaati into the Bound Chest using the Four Sword and hid it away within a sacred shrine.  And just as suddenly as the hero emerged, he disappeared leaving a grateful kingdom in his path. But, you guessed it, Vaati escaped once again! Upon awakening, Vaati kidnapped Princess Zelda, taking her to his Palace of Winds with the intentions of making her his dark bride.

Link, who had accompanied Zelda on their journey to check on the seal, grabbed the Four Sword and inadvertently split himself into The Four Heroes. The quartet bombarded Vaati, who vehemently protected his kingdom and bride-to-be, but succumbed to the mighty Four Sword once again.

With Vaati sealed in the Four Sword, Link returns to his usual whole self and The Four Sword Sanctuary is built to ensure the seal would remain unbroken by any and all outside sources.

Marketing Games: A Look Back at Nintendo’s Strangest Commercials