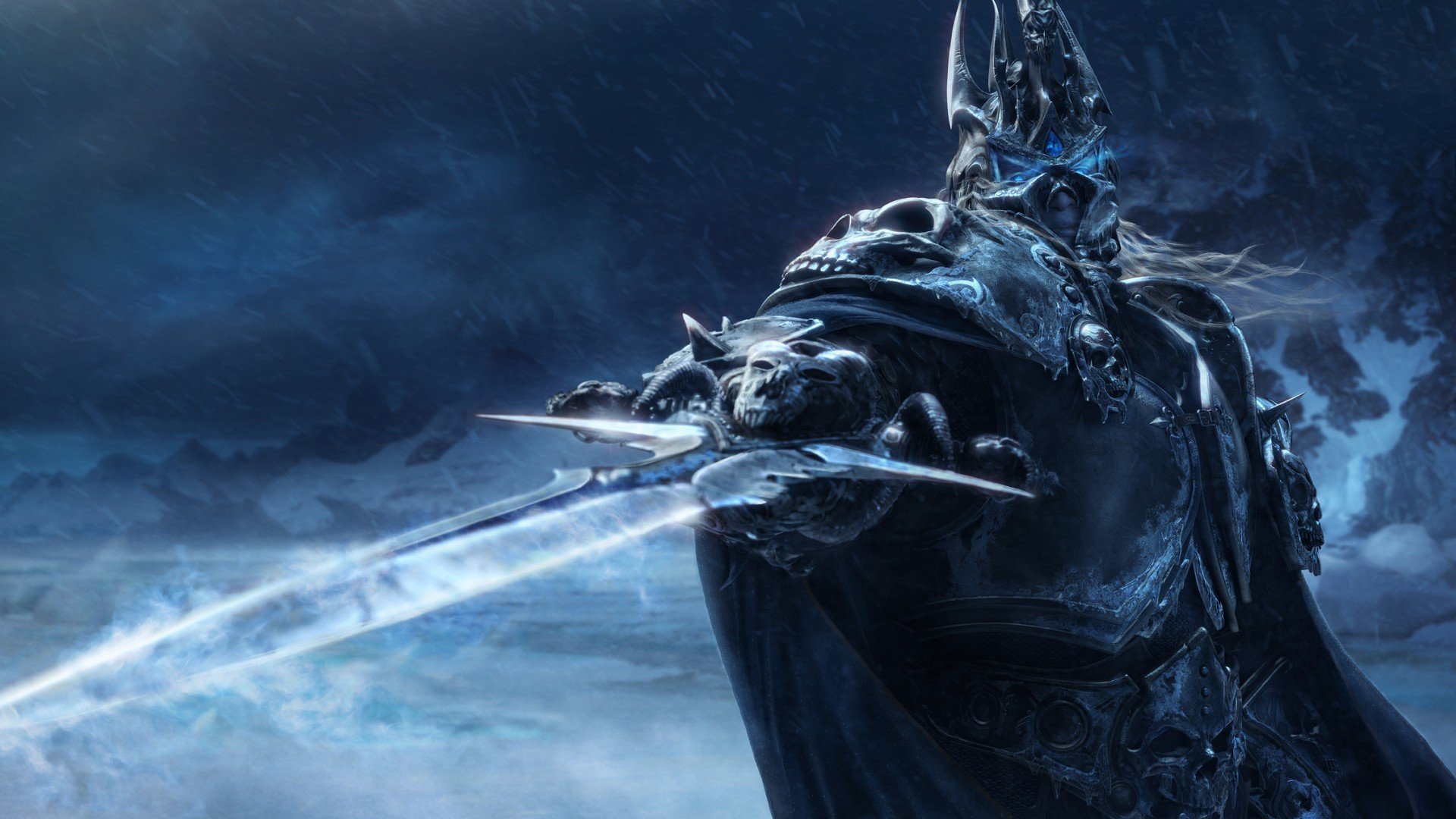 Trailers are often looked upon as nothing more than simple marketing material, but each trailer in and of itself is a piece of art. Just like a film, book, or game, a trailer has a specific tone and pace. Each shot and cut are purposefully selected, each piece of audio is chosen with intent, and voice-overs are meticulously written and delivered. In just a few short minutes a trailer must entice a consumer enough to sell them on a product, but at the same time trailers are heavily restricted in what they can reveal, as to not spoil the end product. Creating a good trailer is like crafting an intriguing puzzle, but intentionally leaving out a few pieces.

Movie trailers get the privilege of appearing on the silver screen, but video game trailers are not so lucky. Dozens of game trailers are released on a weekly basis, but few get the viewership they deserve. Some big name games get abbreviated cuts of their trailers shown as TV commercials, and from time to time large gaming sites will go over a trailer to find Easter eggs and whatnot, but very few publications (if any) are going in depth with game trailers, analyzing why they work, or why they fail. Hence where we find ourselves now: welcome to the inaugural installment of Trailer Anatomy.

I cannot think of a better place to begin than with my personal favorite trailer of all time: Blizzard’s World of Warcraft: Wrath of the Lich King Cinematic Trailer.

The cinematic kicks off by showing the Lich King, Arthas Menethil, sitting upon The Frozen Throne. Frostmourne, the legendary blade containing the soul of Ner’zhul (the original Lich King), rests firmly in Arthas’ grasp. His feet are covered in ice and snow, as if merging his body to the throne itself, and depicting the passage of time since Arthas took up the mantel as ruler of The Scourge. This opening shot alone is enough to make a Warcraft fan’s heart skip a beat. Blizzard’s rich lore is home to many legendary characters, some beloved and others reviled,  but few are as captivating as the fallen Prince of Lordaeron. The Wrath of the Lich King expansion is all about Arthas, and Blizzard cleverly wastes no time by showing him immediately after the opening title cards. As the camera begins to slowly zoom in on the Lich King, the voice of his father, Terenas Menethil II, can be heard reciting  dialog he had spoken to Arthas in his youth. Arthas’ eyes open, and the ice covering his armor begins to shatter as the dormant King wakes from his slumber.

The next scene opens with a far-reaching shot of Northrend’s frozen tundra; the camera is ground level, as we see Arthas’ giant boot come down from above, landing with a loud thud. The impact and the size of his foot in the shot assert his dominance over the massive land he inhabits. When his boot makes contact with the snow a beautiful and somber music track beings to play as Arthas treks forward. His armor, etched with skulls, screams classic villain, but Arthas moves with a calm confidence. He evokes terror while simultaneously demanding respect.

Upon reaching his destination he unsheathes Frostmourne, as Terenas’ speech from the past continues to play over the unfolding events. The sword seems to draw the falling snow to it, and as the snow makes contact with the blade Frostmourne begins to emit a blue glow matching the glow coming from Arthas’ eyes. He then plunges the sword deep into the ground at his feet, and the music picks up in pace as Sindragosa begins to emerge from beneath ice. Several quick cuts occur, showing ice shatter and giving different angles of the frost wyrm as she awakens. Sindragosa, emitting a blue glow to show her servitude to the Lich King, takes flight over the canyon below, revealing a massive army of thousands of undead. She lets out a thunderous roar, transferring Arthas’ will down to his minions, and The Scourge echo the wrym’s cry, as their eyes and mouths seep with the Lich King’s power.

In its closing moments the trailer cuts back to Arthas’, as he stands atop the canyon looking down upon his army as if they’re ants at his feet. The camera is in an over the shoulder perspective, showing the army below, then swings around and moves downward at an angle which puts the viewer in a subservient position, looking up at the Lich King. The trailer ends by zooming in on Arthas’ eyes, and as Terenas’ dialog ends,  Arthas looks up the heavens, perhaps hinting that his father’s words still echo in his mind.

For a long time now Blizzard has been known for their amazing cinematics, but the Wrath of the Lich King’s trailer is a cut above. For comparisons sake, let’s take a quick look at the trailer for WoW’s first expansion, The Burning Crusade:

The trailer kicks off with a shot of The Dark Portal, and we hear some dialog from the expansion’s antagonist, Illidan Stormrage, which culminates in his famous line, “You are not prepared”. The trailer ends by finally showing Illidan, with Gul’dan’s skull in hand, before he takes flight, unsheathing The Twin Blades of Azzinoth and repeating the line, this time with spine-tingling intensity.

This trailer has perfect bookends, but the parts in the middle are just fluff. Don’t misunderstand me: the visual quality of everything here is fantastic, all the shots are extraordinary, editing is top notch, and the music is great, but aside from the beginning and end, most of this trailer just seems like a highlight reel. There is a distinct focus on the Draenei and the Blood Elves, which makes sense, as they were the two new races added to the game. There are some scenes added simply for comedic value, like the mage casting polymorph and the warlock casting hellfire on some helpless murlocs, and while these scenes are entertaining and visually satisfying, they don’t add to Illidan’s narrative. In its short three minute and twenty-one second run time, the Wrath of the Lich King’s cinematic has all of the great qualities of The Burning Crusade’s trailer, but it also manages to tell a story, and that’s what sets it so far apart.

Arthas is a tragic character. He can be described as bullheaded and impulsive, but his decisions in Warcraft III were made with the intent of saving his people. Lured in by Ner’zhul, Arthas lost his soul to Frostmourne, leading to the loss of his humanity, and culminating in him murdering his father and becoming the new Lich King. Once seen as a hero, Arthas’ good intentions led him down a path to becoming a force of evil.

The trailer succeeds in telling Arthas’ story via its voice-over and the juxtaposition between Terenas’ words and Arthas’ current state. Terenas starts off by saying “My son”, which instantly solidifies the relationship between the voice we hear, and the character we see. When he says Arthas’ name the Lich King awakens, again hinting that perhaps Terenas’ words still haunt Arthas’ mind. Terenas saying he knows his son will show restraint is a painfully ironic callback to Arthas’ inability to heed the warnings of his former friends, Uther Lightbringer and Jaina Proudmoore. Terenas’ line of “stirring the hearts of your people” is perfectly paradoxical as it syncs up with the undead warriors as they let out their war cry. And of course, the coup de grâce, “When my days have to come an end, you shall be King”. Not only is the voice-over masterfully written, but it’s also delivered perfectly. I’ve probably watched this trailer near 100 times, and it still sends chills down my spine.

If I were to levy any negative criticism against this trailer, it would be that it doesn’t showcase how the game actually looks or plays, but Blizzard is in no way disingenuous with their method. Some game’s cinematic trailers attempt to emulate actual gameplay, and end up creating an unreachable standard for the final product, thus marking the trailer as a misrepresentation of the game. Blizzard avoids this, mostly through use of cinematic camera angles, which clearly give off the vibe that what we are seeing is purely a visual spectacle, and not a depiction of in-game events.

The aforementioned superb voice-over, in conjunction with the amazingly smooth pace and epic tone mark this as a true masterpiece in the art of video game trailers. Every shot we see and every word we hear has purpose and meaning. The cinematic clearly panders to long time fans, but those unacquainted with the world and its characters can still easily ascertain an appreciation for what’s being depicted on-screen.

This trailer, and Blizzard’s other cinematic masterpieces, are the reasons why Blizzard fans begged for (and finally received) a full length Warcraft feature film. From a personal perspective, I’m not sure this trailer will ever be topped. A pure work of genius.