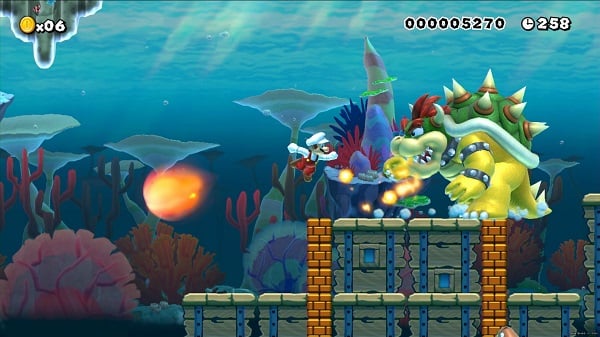 With the release of a new title in the legendary Super Mario Bros. series, there always follows a tidal wave of hype and fanfare. Last month’s arrival of Super Mario Maker was, of course, no exception but with that said, there seems to be a change this time around…people have already stopped talking about it. Games like Super Mario Galaxy and Super Mario 3D World, the last truly full-on Mario titles had people talking for the remainder of their respective release years. Meanwhile, the majority of gamers seem to have already forgotten about Super Mario Maker. The question is: Why?

Well, there are some principle differences between the design of every past SMB title and that of Super Mario Maker, and they’re big ones. To begin with all Mario games in the past have featured an overworld going back as far as SMB3. What the overworld accomplished then, and has done since, is allowing the player a sense of progression, as their tiny avatar moved about through the changing environments, leaving each successive victory as a map marker in their wake. Super Mario Maker lacks this feature, and as such, the player loses that vital feeling of progression.

In its stead are 8 and 16 level packs of randomly selected stages which appear on a cut and copy default map. To further cement this drastic change, the map format itself never changes in look or structure. And what happens when you conquer this map? Well, essentially nothing. You either rescue the princess in a cut scene or are told she is in another castle. The fact that these endlessly recurring and redundant cut scenes are all unskippable makes them, even in their short run time, incredibly tedious. This problem plagues the player whether they’re playing the developer built levels from Nintendo’s experts or the custom levels put together by fans. 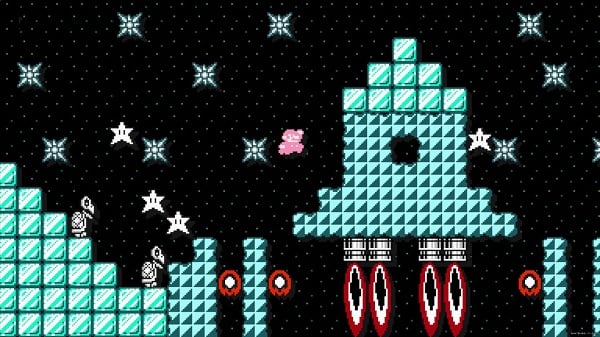 The other issue with the lack of a differentiating world map is that players are left with no reason to persevere through the challenges presented to them. In a traditional Mario game, the difficulty curve increases as you make your way through the game. In Super Mario Maker, on the other hand, there is no difficulty curve. Players can ramp sporadically from levels that are barely ten seconds long and require only the most rudimentary of platforming skills to 5 minute long hellscapes where the smallest of mistakes will force you back to the beginning.

A structure like this would be a problem in any platformer, particularly one with a namesake like that of the Super Mario Bros. franchise. However, the problem is compounded when players have virtually no reason to continue attempting levels at all. In fact, with literally hundreds of thousands of levels already created and no conceivable level structure, players are about 90% more likely to simply skip a level that’s giving them trouble. After all, there are no rewards for beating a level, and to make matters worse, there’s really no reason to replay a level you have beaten already. Why is that? Well, because there are no collectables.

Another feature excised from Super Mario Maker, collectables, whether they be in the form of stars or special coins, were one of the chief aspects of past titles. As the only conceivable reason to keep returning to levels the player had already surmounted, the collectables, and the increasingly difficult tasks and feats which were required to get them all, were the line that the game designers drew between those who could beat the game and those who could truly finish it. 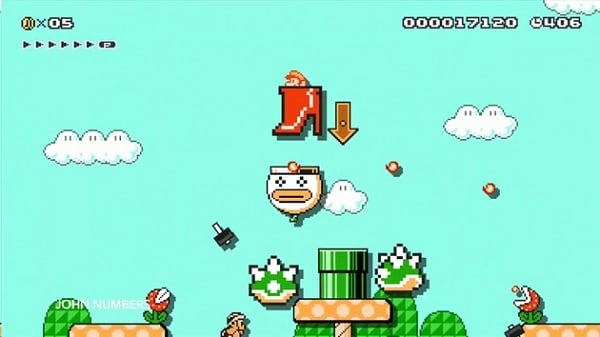 To conquer past Mario titles was always an accomplishment, one which was carried out only by the most elite of platforming experts, and those who had sweated out their fair share of failure and frustration. To come out on the other side of that long and arduous journey with every collectable in the game was a badge of honor, and one that not every player had the patience or skill to achieve.

Though these issues may seem small, they are tantamount to what is almost a total failure in design. Players should not be resorting to playing Super Mario Maker because they’re bored or have nothing else to play, they should be pulled in relentlessly and addicted, always wanting to get through “just one more level”. This is the pedigree of the series, and the reason why it is so accessible to players of all ages. Conversely, when you can quit any time, and there are no reasons to thoroughly explore any of the offered levels, what’s the point?

With Super Mario Maker, Nintendo has, as our NXpress podcast put it: “Given players the keys to the Mushroom Kingdom”. But of what use are those keys if you don’t know where to go? Though Super Mario Maker gives you an endless supply of levels to play and the means to create any Mario level you can imagine, it lacks one important feature: the motivation to do either.

Note: This article was originally published at soundonsight.org.