Horrific. Terrifying. One of the scariest levels ever made. “Robbing the Cradle” has quite the reputation. 12 years after its debut in Thief: Deadly Shadows, it’s still held up as one of the most disturbing experiences in gaming history.

What’s more surprising is, until the Cradle, Deadly Shadows only hints at the horror beneath its surface. This is not Dead Space or Amnesia: The Dark Descent. The Thief series is firmly rooted in the stealth genre. You are Garrett, the master thief, rarely seen and never caught.

Little by little, you find yourself dragged into a cat-and-mouse game involving red herrings, prophecies, murder, and a mythical serial killer who skins orphans in her spare time. The descent into horror is casual enough to go unnoticed – until the Cradle.

Building up to a Nightmare 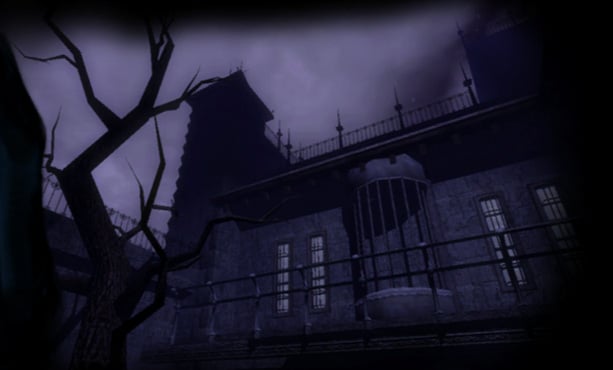 “The Shalebridge Cradle. It used to be an insane asylum, and before that, it was an orphanage. One night a fire started, no one knows how, and after that they left the place abandoned. If there’s a way to cram more misery into one building’s history, I can’t think of it.”

-Excerpt from the “Robbing the Cradle” Mission Introduction

Eight levels. That’s how long it takes to get to the Cradle. And by the time you get there, the game is almost over. Armed to the teeth and lulled into a false sense of security, you waltz around the Cradle’s exterior, pausing to stare up at the facade, a fogged-out dreamscape of stone meeting sky. Unfriendly, sure, but nothing too intimidating. Finding the entrance boarded-up, you walk to a fountain, flies buzzing and an odd scream in the distance. Eventually you stumble upon a bulkhead door and let yourself in.

To nothing. And no one.

Expecting figures in the darkness, you find pipes and rails and the drip-drip-drip of dirty water. The first note you find is nothing special. Something about doctors and patients. Running down corridors in search of a fuse box, the background music starts to intrude. No particular sound can be picked out. It’s more a stew of children cast as high-pitched dogs, barking and wailing. But round every corridor, up every ladder, children are nowhere to be seen. It’s as though the walls have soaked in their screams.

For half the level, you build the story of the Cradle yourself through notes left on shelves and tables. Turns out the place was an orphanage and a lunatic asylum. At the same time. Music ramps up the tension, but no monster assails you from the shadows. Wasn’t the darkness usually where you were hiding?

A Drunken Miasma of Sound

This isn’t a joke – it’s the mild tapping that becomes a pounding banging around fifteen minutes into the level.

This is the Cradle in a nutshell. Beats of terror are carefully inserted between long periods of silence. So you get a couple of minutes reading about experimental heat therapy, some light looting, and all the while a strange knocking is getting louder, bidding you to come closer. If the tendency of the horror genre is to whack you over the head with jump scares, Deadly Shadows lets its terror percolate.

Jordan Thomas, the developer behind the Cradle, summed up the experience in a fantastic two-part series on terror by Thomas McMullan: “The first half of Robbing the Cradle is a little exotic for a Thief mission in that there are no AI enemies to hunt you. You are just being hunted by sounds. You’re hunted by what you imagine coming after you – the more the environment can suggest than state, the more spare cycles you have to mentally scare yourself. People would imagine whatever they found to be the most menacing.”

The Cradle has players constantly expecting something to happen. And it’s not just about the inevitable march toward the boogeymen, either. Lives of patients spill out through diaries and once-beloved belongings. Get close to a tiny crib full of ashes – the keepsake of a mother gone mad – and a baby cries out. It’s this wonderful sprinkling of macabre sounds that guts you. Pain lives here, present tense. Unfortunately, pain doesn’t live alone.

I’ll show myself out.

Apparently you see your first Puppet as a silhouette, a shadow running across your screen. I was crouched down breathing into a paper bag, so I missed that quick meet-and-greet.

What I remember instead are lights flickering. The former inmates, you see, are announced this way. In parts of the level with many wall-mounted lamps, they make a frantic show of warning. Run, run, as fast as you can. Or just blind the creepos into oblivion with Flash Bombs, whatever.

After waging a war against light the entire game, it suddenly becomes your friend in the Cradle.

When you go into the Cradle’s memory later on, getting caught in one of the deliberately well-lit spaces is a big no-no, forcing you to repeat content. Up until “Robbing the Cradle”, players can get caught a hundred times. Arrows are plentiful compared to previous Thief games. Mines and healing potions, too. Developers shape the player’s expectations only to shatter them. After spending all of Deadly Shadows getting comfortable, the penultimate level takes what you thought about this little ol’ stealth game and beats you to death with it.

Little has been said so far about Garrett, the game’s hero, but it’s worth exploring. 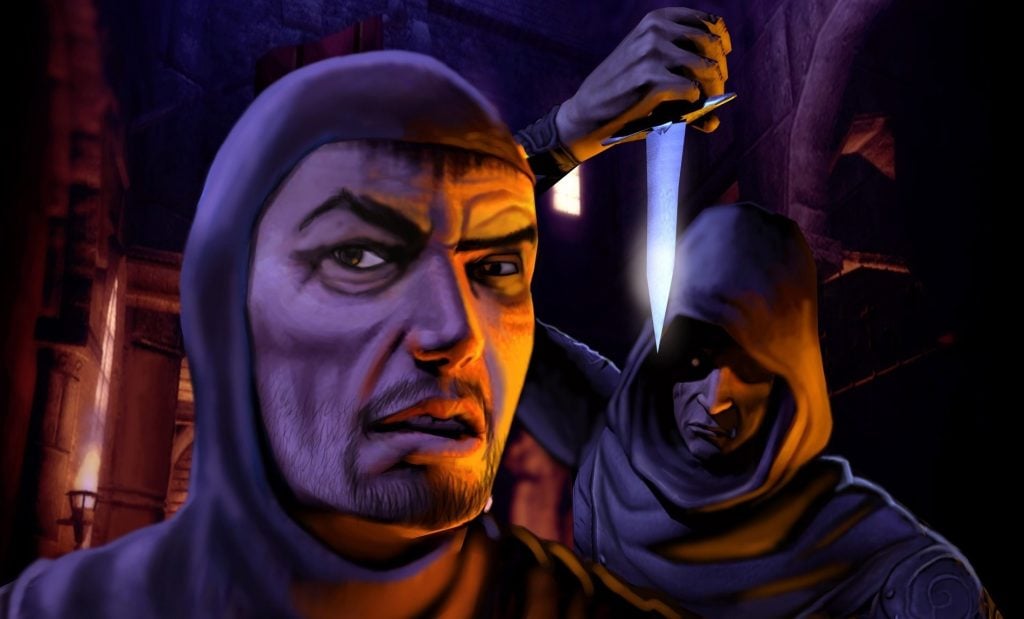 I wonder how much Dogecoin is trading for right now.

Garrett is a thief who, in the first two games, could wield a sword. He could go toe-to-toe with the AI and live to see the day, although that was down to a combination of the AI being slow to react to blows by today’s standard and their tendency to get stuck running on the same spot. (I’m replaying Thief: The Dark Project right now – the AI gets stuck more than a rusty gate flapping in the wind.)

In Deadly Shadows, the sword is replaced with a dagger. It fits a thief better and backstabs like a dream.

The replacement also says, albeit implicitly, that Garrett is really not supposed to go toe-to-toe anymore. He is a fragile hero, capable of being killed in a few hits. This was always the case in the Thief series, and it still holds true in Deadly Shadows.

The Cradle exploits the player’s knowledge of Garrett’s fragility. Unlike, say, in F.E.A.R., we know our hero is not a gun-toting superhuman. The Puppets are fast and brutal. They don’t stay down even if you stab them in the back. Garrett being weak increases our fear because, after playing through eight levels, we are Garrett. And since first-person emotion is stronger than third – even though the latter is a perspective we can choose in Shadows – we experience fear deeply in the Cradle. Our fear. Not fear for Garrett’s life, but fear for our own.

Something’s also off about Garrett the whole level.

He’s scared in the intro. He doesn’t talk much. The Puppets wheeze and hiss, and Garrett, He of the Sarcastic Jokes, can’t find anything funny to say.

The level’s mastermind, Jordan Thomas, had this to add: “Traditional stealth designers will say the AI should verbalize as much as possible and let the AI build a map of what they will do in response to what the player has done, so that you’re constantly improvising a kind of jazz with the game world. What [the Cradle] had to do was go in the other direction, where you had to observe and listen to sub-verbal barks. The end result is that you imagine so much more intelligence and menace.”

And so the Cradle replaces dialogue with primeval burbling. If Garrett is quiet, it’s because he’s heard enough.

Note to interested parties: The headings, “A Drunken Miasma of Sound” and “Scares That Leave Scars”, come from the wonderful ten-page spread Kieron Gillen did on the Cradle for the March 2005 issue of PC Gamer. Read it if you’re a fan of the level – it is stellar.