With so many games tethered to murky shades of gray and brown, The Swords of Ditto was a pleasant surprise when it joined Devolver Digital’s rock-solid stable of indies. The game is an ambitious roguelite Action RPG with a hook all its own. Players are introduced to the land of Ditto as a fabled hero of legend who’s been tasked with banishing an ancient evil sorceress once and for all. Being the roguelite that it is, of course, defeating this sorceress isn’t going to happen on the first attempt.

Every time you die you’re reincarnated decades later as the new hero of legend. The effects of each failed attempt have a visible impact on Ditto as it’s continually corrupted, adding incentive to die as little as possible. These little details continue throughout the entire game, standing out all the more thanks to one key factor: the absolutely stunning art direction. Having all of the characters be cartoon versions of children and animals lends The Swords of Ditto a fun and unique style not often seen in roguelites. The smoothness of every character animation and the intricate details found throughout the overworld only make the game more of a visual treat.

Like classic The Legend of Zelda titles, the core cadence of The Swords of Ditto involves exploring to find certain key items, conquering dungeons with said items, and fighting off baddies along the way. Players will pick up minor side quests along the way that help break things up a bit, and can take shelter in the hub town if they ever want a rest from battling the surrounding monsters.

Combat is basic yet enjoyable. Fights are, again, quite similar to those found in the earlier Zelda games; players can freely swing their swords at free-roaming enemies that each have their own attack variations. Constant movement is a must and, though most of my overworld bouts came down to rushing in for a few slashes, hopping away and rushing back in again, winning each one felt genuinely satisfying.

The real pleasant triumph here is just how solid the dungeons are. Players must explore Ditto in search of special weapons found in dungeons before undergoing separate trials with each weapon to prove their skills. Each dungeon is randomized with every death and subsequent reincarnation. Though room randomization can sometimes get in the way of solid level design, that’s certainly not the case here. Intuitive little puzzles abound and, while none of them are particularly tough to figure out, they require just enough skill to feel rewarding. 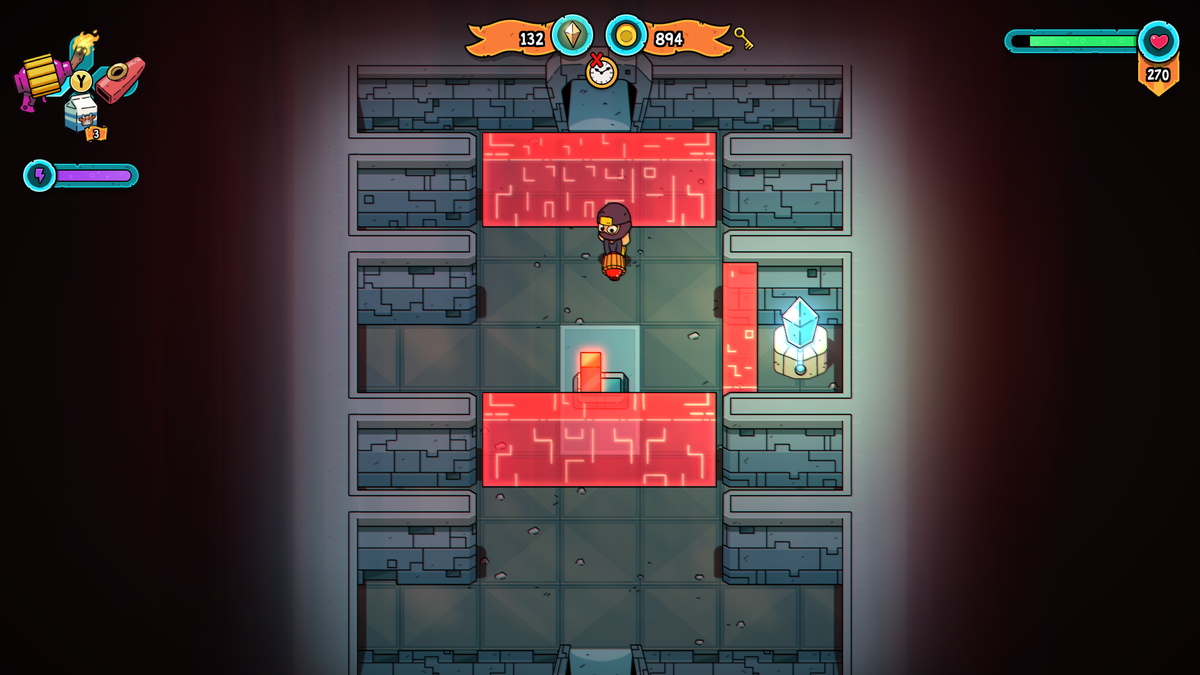 While I continue to have a great deal of fun with Ditto, that enjoyment comes with a caveat. Most roguelites don’t ask you to invest too much time into a run because, well, you’ll likely be dying and losing all the progress and items you gained consistently. The best in the genre even implement certain ways for reaching milestones to be rewarded to somewhat mitigate this annoyance.

The Swords of Ditto’s greatest sin is that it doesn’t respect players’ time. Each run is a serious investment that can take hours if you’re even decently good at Action games. The gameplay and visuals are impressive for the game’s scope, but it feels like it might’ve been better off ditching the roguelite elements and just sticking to being a shorter, more concise Action RPG. If you aren’t one to get attached to game progress, however, I wholeheartedly recommend giving this one a look.

You can pick the game up on Steam here and the Nintendo Switch here!