From the moment I began my demo with Streets of Rage 4 at PAX South, it felt like coming home. It might have been more than two decades since the first three games in the Streets of Rage series perfected the beat ‘em up formula on the Sega Genesis, but courtesy of developers Lizardcube, DotEmu, and Guard Crush, this legendary series is back and in good hands. This brand new entry aims to recapture all the style and balance of the originals, while introducing innovations of its own. If my demo is any indication, the game is set to achieve that.

Streets of Rage 4 uses the same elegant level design that set the original trilogy apart back on the Genesis. The gameplay is simple: keep walking to the right, taking out every enemy in front of you with all the jabs, kicks, jumps, and special moves at your disposal. If anything, the controls feel better than ever before, with an added level of precision and fluidity that simply wasn’t possible on older hardware.

That’s not to mention the new move sets. Beat ’em ups might not be the most complex genre around, but Streets of Rage 4 adds the perfect level of depth to the combat. It has the same simple jabs and kicks found in the original games, but spiced up with the potential for new combos and even a handful of extravagant new special moves. With new and old fighting mechanics, this new entry features plenty of room to experiment with combat but never loses the simple, arcade-like charm of the originals.

The demo included series staple characters like Axel and Blaze, yet I opted to play as an all-new character: Cherry Hunter, a guitar-wielding fighter whose move set felt very distinct from classic characters. Her movement is speedy, certainly faster than Axel but slower than Blaze, and her guitar provided for some unique melee moves. Like the new mechanics, her addition to the character roster helps shake up the Streets of Rage formula just enough, while maintaining the core beat ’em up simplicity that made the series special in the first place.

Streets of Rage 4 might innovate in a few areas, but one thing that’s clearly remained true to form is the difficulty. It boasts of the same old school difficulty that characterized the original games. The classic and brand new enemies are just as ruthless as ever, mercilessly crowding in around you and can easily overwhelm you if you’re not careful. However, just like the originals, the fighting feels so satisfying that it’s easy to keep coming back for more action.

Amid all these changes and additions, perhaps the most obvious (and controversial) change is the visual style. While the original series used detailed pixel art, Streets of Rage 4 instead boasts of an extremely detailed handcrafted art style, in which every frame of character animation is painstakingly drawn by hand and environments are colorful and painterly. Thousands of frames of animation go into each character, and the effort certainly shows, making every punch, kick, and other acts of violence a breathtaking sight to behold.

Streets of Rage 4 reimagines this classic series for a new generation, reintroducing the best of the beat ’em up genre for players of all backgrounds and experiences.

Some fans have complained that the game loses the series’ spirit without pixel art, but DotEmu marketing director Arnaud De Sousa insisted to me that this simply isn’t the case. Pixel art wasn’t an artistic choice back then – it was a matter of necessity. If the developers could have designed the game to look exactly as they wanted, regardless of technical limitations, then it likely would have looked just like the luscious hand-drawn visuals of the current Streets of Rage 4.

Streets of Rage 4 reimagines this classic series for a new generation, reintroducing the best of the beat ’em up genre for players of all backgrounds and experiences. The difference between De Sousa and myself is perfect evidence of that. He grew up playing the games in the 90s, whereas I wasn’t even born when the original trilogy became such a phenomenon and only played them years later in subsequent re-releases. Yet here we were, standing in the middle of a crowded convention and gushing about decades-old games. We might have had extremely different experiences with the series, but that didn’t stop us from appreciating the joys of stylish beat ’em up action.

“A good game is a good game,” De Sousa told me, “no matter how old.” That’s the attitude that Streets of Rage 4 exemplifies. It revives the series’ rage-filled and action-packed design for the twenty-first century. And with a release on all modern platforms, more players than ever will be able to rediscover the simple pleasure of wielding your bare knuckles against thugs of all types. Between the new art style and the solid gameplay, Streets of Rage 4 is looking like an incredibly welcome return for this iconic franchise. Critiquing the Survival Mode in Streets of Rage 4

The new survival mode of Streets of Rage 4 is a ton of fun, but it strays away from the main game's design in... 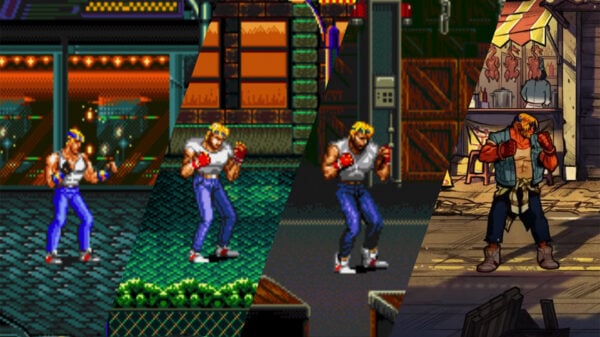 A Winner Is You Podcast Episode 19: 30 Years of Streets of Rage

Don’t expect a relaxing episode, because this one’s coming to you directly from the streets… of rage! We played through all four Streets of... 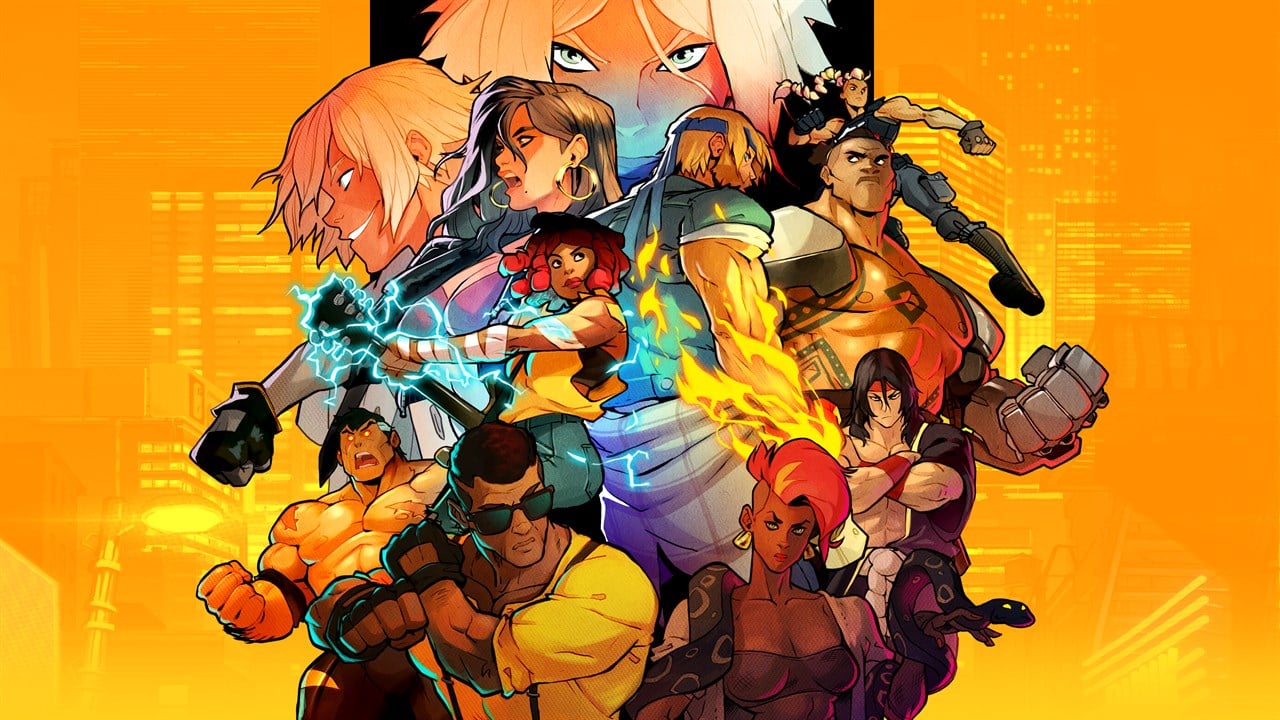 Streets of Rage 4: What Happens When Indie Developers Take the Reins

Nominated for Best Action Game at The Game Awards 2020, and a recipient of Famitsu’s “Gold” award, Streets of Rage 4 has had a... 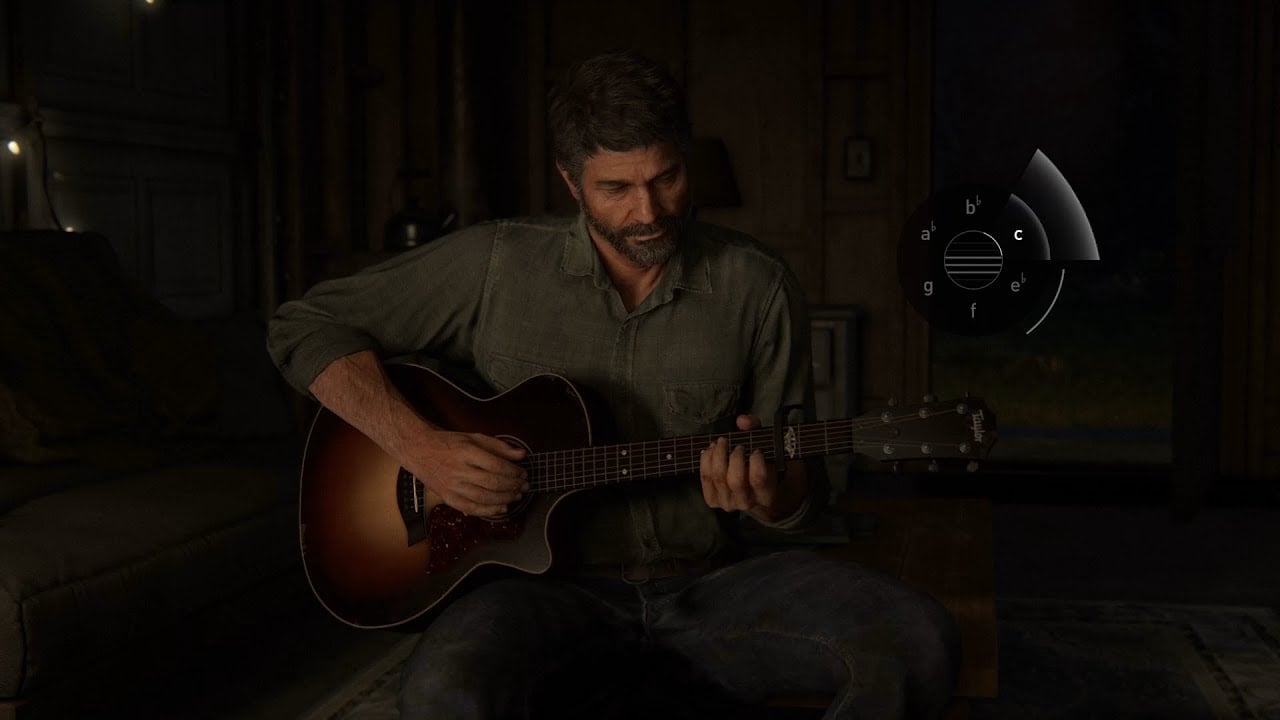 Best Video Game Soundtracks of 2020 You’d think, with what a terrible year 2020 has been, that you’d want to just completely forget it...