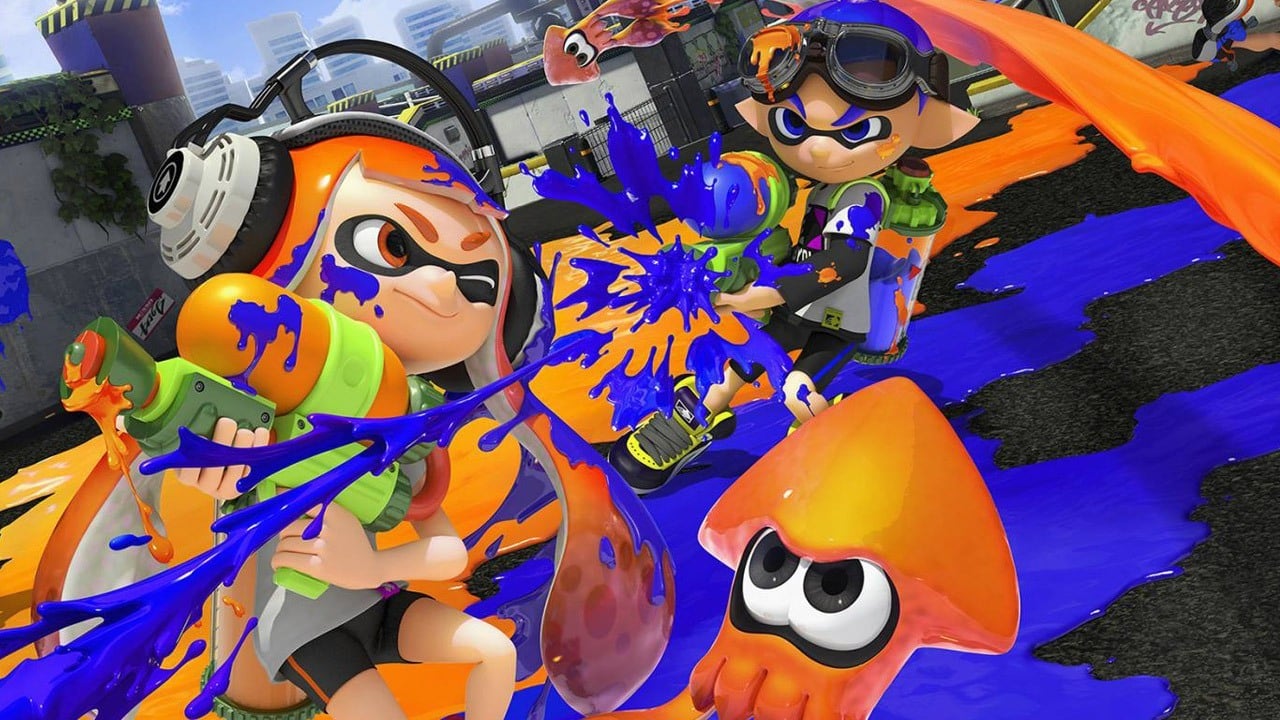 I am no stranger to competitive shooters. I have played them all and I know only one thing…kill or be killed. Games like CS:GO, Call of Duty, Titanfall where twitch reflexes and careful aim are what makes or breaks you in your team. But then Nintendo decides to step into the arena. At first it’s both baffling and absurd. To think that Nintendo can compete with the rest of the sharks. But in classic Nintendo fashion, they have taken what’s to be the convention and flip the script to make something both unique and refreshing. Splatoon strips away the gritty violence, for innocent fun. Just the core mechanics on its own, basically redefined the way we play shooters. Your opponents are no longer the target, they are the obstacle. It’s both genius and innovative the way Splatoon plays.

The game centers around “Inklings”, kid like beings that can transform into a squid and back with the press of a button. The said ability offers a unique mechanic to the game. It allows for fast travel through the map and doubles itself as a cover system as well. Sort of a pop and shoot which is pretty standard in the genre. Squirt Guns and paint rollers make up for most of the weapon designs. Though aesthetically and statistically they do vary. Each weapon comes with its own set of sub-weapons to special attacks, like the Inzooka, the kraken (which transforms you into an invincible super squid) and the inkstrike (which unleashes a whirlwind of paint). Inkopolis is vibrant and colorful in design, there’s a sort of urban street look, and very reminiscent to Dreamcast’s classic game Jet Grind Radio. You can customize your inklings in various wares; clothes, shoes, hats and it is encouraged as well, since it gives your character certain stat attributes.

Splatoon has four game modes to play. There are two online multiplayer modes known as, Ranked Battle and Regular Battle. A single player mode known as, Octo Valley where you take on the evil Octarian Army. Lastly there is Battle Dojo, an offline 1-v-1 Local Multiplayer where one player uses the WiiU Gamepad and the other players uses a controller. The single player campaign is certainly entertaining. You are tasked to tread through various locals and levels to rescue a certain amount of Zapfish, and from there you ultimately face a boss in each area. At first it felt nothing more than a tutorial. Teaching you the basic strategies of combat in Splatoon. But as you progress the levels do get challenging and the bosses are entertaining to defeat. You are made to take the ink and mechanics learned to defeat them. A puzzle sort of battle in the likes of Zelda and other classic Nintendo titles.

The main core of the game revolves around its online multiplayer. Ranked Battle presents us with two game modes; newly released Tower Control and Splat Zone. You cannot play Ranked until your inkling is at least Lvl 10. Splat Zone plays traditionally like the King of the hill mode in many shooters. Your team is tasked to control a central, designated position of the map and gain the position as long as possible. Tower Control is the new mode just recently released. Probably the deepest and original game mode to date. Tower controls premise is basic, control the tower and ride it to your opponent’s base. But it’s not as easy as it sounds, contrary to inking the environment to win, you are actually focused on taking out your enemies. Weapon selection plays an integral role in this particular mode as well. Regular Battle presents us with a single game mode called Turf Wars. Which was the heavily advertised mode during its arrival. The teams are tasked to ink up as much of the environment as possible in order to win.

Probably one of the most disappointing modes of Splatoon has to be Battle Dojo. A local multiplayer match where you and your friend(s) is tasked to simply shoot at balloons to win. The mode inspires little fun or challenge and it’s both a surprising turn of choice for Nintendo considering the strong outings of its Online multiplayer counterparts.

The controls in Splatoon are fairly good. But I really can’t imagine many people making use of the gyroscopic controls. I’m used to playing on a keyboard and mouse for shooters. It felt very awkward at first and saw myself bringing down the sensitivity all the way down to zero. I can’t help but feel like the camera is still too wild for my liking. But then again there is little focus to attacking opponents directly. The button mapping is good, turning in and out kid form with the use of the shoulder buttons is clean and responsive. The gamepad screen is well utilized as well. Tap on the screen when respawning to jump in a teammates location, to carefully pointing a gigantic whirlwind of paint called the inkstrike. When in Inkopolis it serves as your hub/map and you can quickly tap to jump into a shop.

There are 9 stages to play in Splatoon. Each caters carefully to gameplay styles and team play. Some are very vast and open air, and others are narrow and linear. The way the stages are presented is disappointing as well though. You are only able to play two maps at a time in a 4 hour cycle. Though fun and brilliantly designed these maps are, it can be very repetitive after a while.

Voice chat has been the main criticism so far since before its release. When announced that it wasn’t going to be featured in the game, there was certain amount of outcry from the fans and critics. Yes, I do strongly believe voice chat would’ve made sense in the game. Why wouldn’t you have it ? The modes in the game screams for it. Although the reasoning for not inputting it into the game were fair, I still believed some form of team communication would definitely have benefited the game.

Overall, Splatoon is a great new IP to Nintendo’s extensive library. Although it may seem very minimal in content compared to some other shooters out there, it is a great breath of fresh air and does present itself with wildly unique and original gameplay.