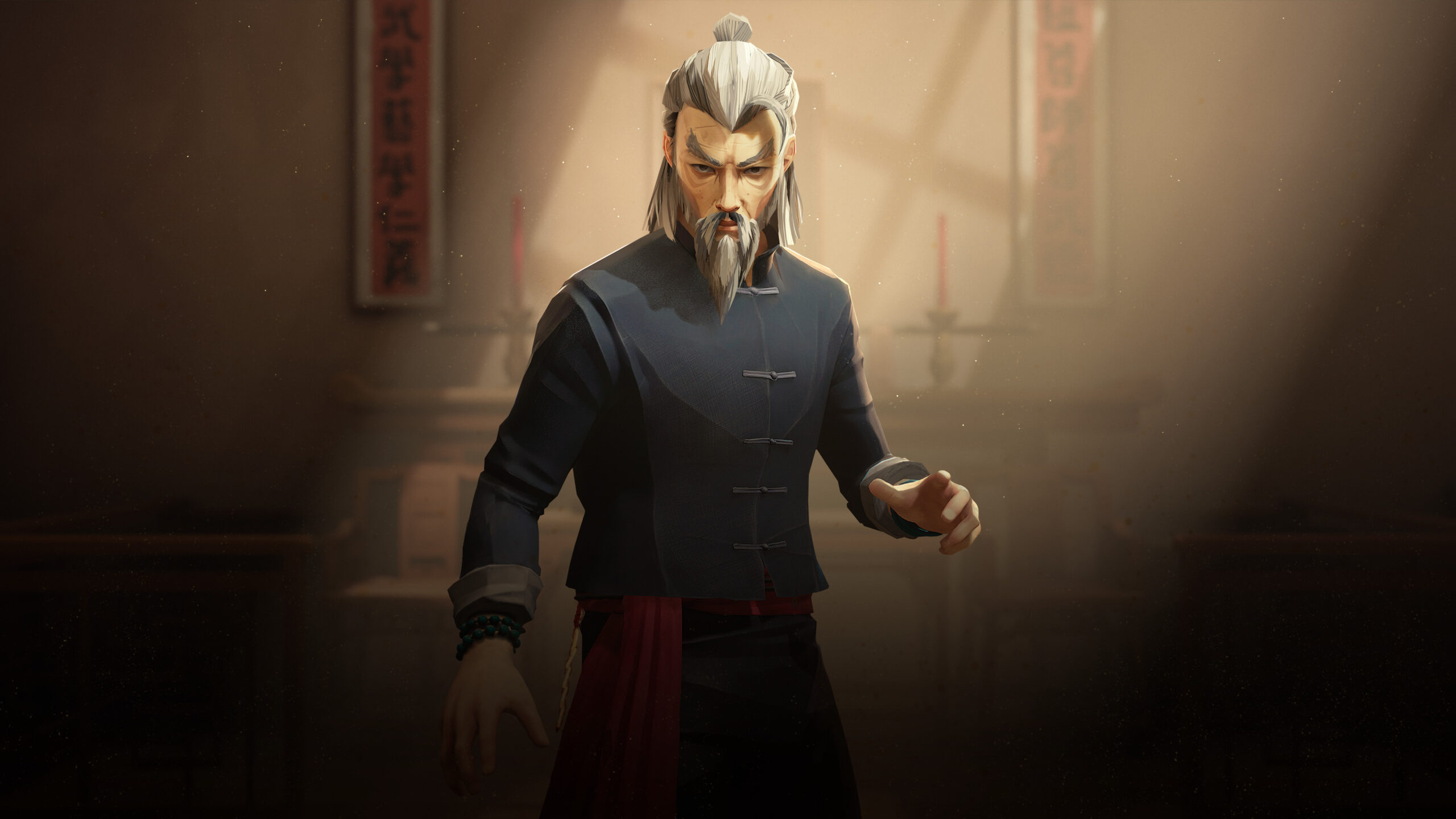 Like the art of kung fu itself, Sifu is quick, fierce, and persistent in its design philosophies and scope of craft. Developer Sloclap’s latest beat ’em up adventure is a masterfully articulated kung fu tale that throws every punch and kick it has with pure spirit. Sifu’s focus on surface-level minimalism and combat that dabbles into real martial arts culminates into a thrilling adventure that only lets down those who cannot keep up. Even though it may present an immensely overwhelming difficulty curve, Sifu constantly keeps its ground and gets players to rise again no matter how many times they are beaten down.

Driven by a need for revenge and redemption, Sifu tells a silent tale of a 20-year-old prodigy who sets out to eliminate five criminals involved in the murder of the player’s father. With only photos of the crime bosses available and a lack of direction, the player’s goal is to master kung fu and dethrone each of the murderers in their respective territories. Outside of muscles, the only help the player has is their father’s magic talisman that will bring those who hold it tight back to life when killed in action. However, the talisman does not work forever as it slowly shatters before the protagonist can reach the maximum fighting age of 75.

That does not mean the player can die 55 times though to finally see one game over screen. Death comes with benefits and risks as the player slowly sees their vengeful teen transform into a tired and determined old master. The younger the player is able to keep the protagonist, the more health they will have but the less damage they will deal. Meanwhile, vice versa applies as the protagonist grows older. Sifu lives and breathes based on a simple philosophy: never fall, rise back up, and fight again. Sifu is ultimately a game of learning to live. Sloclap’s fighting game always welcomes players to return to the action, learn from their mistakes, and become stronger as they meticulously grow more weaker and careful.

Sifu builds upon a set of kung fu maneuvers that both evolves and stays concrete throughout the game’s entire playtime. As to be expected with any fighting adventure, Sifu will have players using familiar light attacks, heavy moves, combos, parries, dodges, and blocks to conquer their opponents. Ideally, the player’s strategies to take on enemies is where Sifu creates a resonating sense of progression that excellently aligns with the game’s theme of learning to become stronger. Although Sifu has plenty of unlockable moves to add to the player’s arsenal of techniques, learning to become untouchable is the goal all users will strive to reach.

What is most enticing about Sifu’s gameplay outside of the weightful combat is how the title incorporates rogue-lite elements into its progression system through the magic talisman. As stated before, the talisman the player carries allows them to come back to life each time they die. However, it takes patience and constant training to master kung fu, and Sifu is keen on never letting players forget that. To permanently acquire upgrades, the learnable kung fu skills need to be purchased five times over with the player’s experience points. It could quite literally take more than a lifetime (one playthrough) to acquire every skill forever.

Ultimately, aside from the marvelous presentation, Sifu thrives most in its complicated philosophy of pushing players to fight and learn with every battle they engage in. While you can sneak past plenty of enemies, avoiding them means you will be cheated of potential experience points that could help further solidify the player character’s moveset. However, engaging in fights with low health leads to the possibility of losing moves and facing an age crisis. Sifu’s tension never dies within its gameplay or visual direction.

Just as its advertising has always stated, Sifu is the kung fu movie viewers always wanted to play–it is a consistent adventure of pressure and tension. The cinematic direction of the game’s cutscenes and combat clearly derive from modern and classic martial arts films, while the animations were smartly captured from real Pak Mei master Benjamin Colussi. To top it all off, Howie Lee’s score is an epic in itself, blending traditional Chinese instruments with contemporary electronics for a thrilling combination that keeps the action alive. From an aesthetic standpoint, Sifu is at the top of its craft and never pulls back any punches as it shines with pure passion in every direction. It wants players to feel the weight of its own might.

Every fighting sequence has been beautifully pasted together to give players the most satisfaction possible. The whole articulated design of the game’s presentation is simply outstanding. Even if the story may be short on words and the same batch of recurring animations will show up with every fight sequence, it is impossible not to feel impressed by Sifu’s careful direction. When players are working to their maximum potential, Sifu really does present itself as a kung fu flick–but that reality will not shape up for every player who picks up the game.

Sifu’s largest issue is its lack of explanations and accessibility options for a wider audience. Unlike its cinematic direction that utilizes little words, Sifu does not succeed when it throws players into fights without explaining some of its core elements. Like other fighting games, Sifu has an excellent control manual on the menu screen but can suffer when explaining deeper mechanics. The way the death system functions is just one example of how players will initially struggle to understand the game’s mechanics before grasping onto its distinct concepts. Sifu’s learning curve is arguably hampered by a need for persistence.

Not every game needs to have difficulty options, but Sifu is arguably one that could need a few for accessibility reasons. Players interested in picking up the game will know whether it is their cup of tea or not based on one question alone: are you good at combo games and can you keep up with the action? If you are not capable of memorizing combos and being able to perform quick parries, Sifu will be impossible to recommend with its current slate of options. Anyone looking for a challenge will be provoked by Sifu’s perseverance to create constant fast-footed scenarios, while those looking for a more laid-back experience will be casted from the dojo. Had Sifu included a difficulty scale, it would be an easy recommendation to everyone curious about it.

Additionally–and while this may sound like a nitpick–Sifu comes off as the type of game that should really have additional modes. Dissapointingly, the game does not include challenges to experience that offer unlimited enemy waves or lists of actions to perform in one battle such as in other action titles like Rocksteady’s Batman Arkham series. Even though the campaign by itself is sufficient enough to warrant a playthrough, it is a shame that Sifu does not offer more to do after completing its core adventure aside from gathering the collectibles and moves the player missed out on. With the excellent gameplay foundation it has created, not adding more modes in a future update would be a slap in the face for Sloclap.

Everyone Should Be Kung Fu Fighting

Sloclap’s patience has paid off as Sifu delivers a glorious kick and admirable swing through PlayStation’s thriving indie space. From its cinematic direction to the usage of motion capture and carefully crafted animations, it lives up to the high quality and ambitious expectations its previews flaunted. While it may only appeal to a relatively closed audience due to its genre and overwhelming difficulty curve, those who are already immersed in the quick-to-respond fighting niche will be more than satisfied by Sifu’s gameplay and presentation. Sifu is a kung-fu experience worthy of being under any fighter’s wing. It is one of the first indie surprises of 2022 that fighting game fans cannot miss.